Closure to facilitate €137,000 upgrade of walk/cycleway 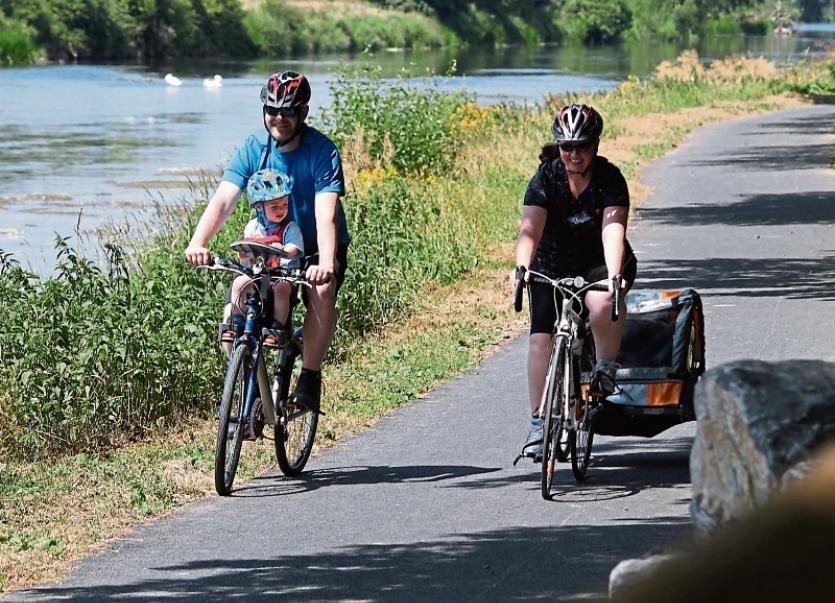 Tipperary County Council is to close approximately 1km of the Suir Blueway during weekdays from its start point in Carrick-on-Suir for six weeks to allow work to proceed on a €137,000 path widening and resurfacing project.
The temporary closure of the Blueway will commence early on Monday, May 10 and will cover the stretch of the riverside walk and cycleway from Sean Healy Park in Carrick to the Fisherman’s Boreen, also known as Boreen na gCapall.
Tipperary County Council stressed this section of the Blueway will reopen for public use at weekends during the six week period.
It will reopen on Friday evenings and close again early on Monday mornings.
This is a very popular section of the Suir Blueway for walkers, cyclists and anglers.
The improvement project along it includes repairing and strengthening the river bank, widening and resurfacing the walk/cycle path.
In a letter to local public representatives, the council explained it received an Outdoor Recreation Improvement Scheme Grant last year to carry out this work but the project was postponed to this summer for various reasons and must now be completed ahead of the grant drawdown deadline.
The council said it had agreed a programme of works with the contractor, Suirplant.
“As the contractor will be working in a confined area, the works will take a little longer than normal civil works. We understand the Blueway is a very popular walking and cycling route at this time of year and also used by local anglers.
“However this is also the best time to undertake construction work and we will endeavour to keep the closure as short as possible,” the council letter explained.
“Local signage will be installed to advise the public about the temporary closure,” it continued.
APPEAL
“We would encourage the public to use other parts of the Blueway in the next few weeks and not to interfere with the contractor’s barriers or enter the works area as to do so may endanger themselves and others.”
The council concluded by apologising to Blueway users for any inconvenience caused during this project, which is funded by the Department of Rural & Community Development.