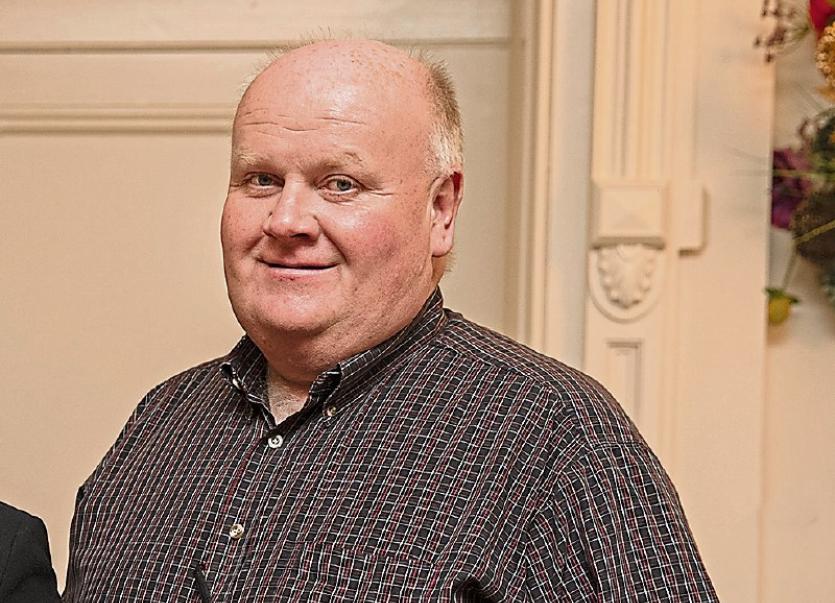 Clonmel hotelier and horse trainer John Nallen has paid a heartfelt tribute to the emergency services for their Herculean efforts in rescuing his teenage son from the River Suir last week.
The dramatic rescue had a happy ending with 16-year-old Jack Nallen, who has special needs, well enough to return to classes at the High School on Monday after spending a few days in hospital. His school friends were delighted to see him back among them.
Following an hour-long ordeal trying to keep alive, Jack was winched to safety from the fast flowing waters of the Suir last Thursday evening by the Waterford based Coastguard Helicopter 117.
Jack accidentally entered the river close to his family’s Minella Hotel. The river level was high at the time following heavy rainfall and he was swept downstream by the current.
Luckily, on the opposite bank of the river at the rear of Dunnes Stores, Fiona O’Dwyer spotted him in the water and rang 999. The gardaí, fire and ambulance services were mobilised and on the scene quickly. Carrick-on-Suir River Rescue and the Coastguard helicopter were also summoned.
Clonmel Garda Station’s Sergeant Margaret Kelly said they received the alert about 7pm.
Two gardaí entered the river in an attempt to rescue the boy but the current was too strong. Emergency services personnel continued to keep him in sight as he was carried further downstream.
Jack prevented himself going under the water by floating on his back and grabbing onto tree boughs.
Tipperary Fire Service Assistant Chief Fire Officer Carol Kennedy, who was at the scene, said the teenager travelled quite a distance downstream. When he managed to catch hold of a tree branch near Carey’s Slip close to the Circle K Service Station, two members of Clonmel Fire Service Swift Water Rescue team entered the river and held onto him until the Coastguard helicopter winched him to safety.
He was then taken by ambulance to Tipperary University Hospital due to concerns about hypothermia. “It was a brilliant outcome,” said Ms Kennedy, who pointed out the boy did a lot while in the water to ensure his survival.
“His parents should be proud of him. A lot of people wouldn’t have survived. He took up the right swimming position; he went a long way to help himself in the situation.”
Jack’s hugely relieved father John, who came to national prominence recently when two of his former horses won the Cheltenham Gold Cup and Aintree Grand National, said he thought his heart was going to stop during the ordeal and confessed he felt so helpless.
He said he and his wife Bernadine wished to acknowledge and thank all members of the emergency services involved in the rescue from the gardaí, fire service personnel, Coastguard helicopter and ambulance crew to Carrick River Rescue volunteers and hospital staff. He particularly thanked Sergeant John Fogarty and Garda Steven Robinson, firemen Nigel Wall and Paddy Pike who entered the river to bring Jack to safety.
“They were unbelievable, just unreal. If you saw it on a film you wouldn’t believe it. The bravery of those people who just jumped into the river. They were so confident. You would be so proud of them.”
He said they also wished to sincerely thank Fiona O’Dwyer who made the initial 999 call for being “so quick off the mark”.
Mr Nallen is proud of the way Jack handled the terrifying situation. His son was good at floating on his back from years of swimming lessons under John Guidera and doing this while in the river helped save him. His physical strength, which Rose Fee has helped him to build up, along with the fact he didn’t panic and followed the instructions of emergency services personnel also prevented him drowning.
Mr Nallen said Jack was greeted with a round of applause from the congregation when they went to Mass on Sunday. It was happily an occasion to give thanks.
“It could have been a different Mass,” John notes. “It would make your hair stand on the back of your neck. There are people gone for a lot less.
“Thank God we are able to talk about it. I am after seeing eight to nine people in the river over my lifetime and for most of them it went the wrong way.”