'She has always been herself,' tributes to Ruth Smith as she departs from Knockanrawley 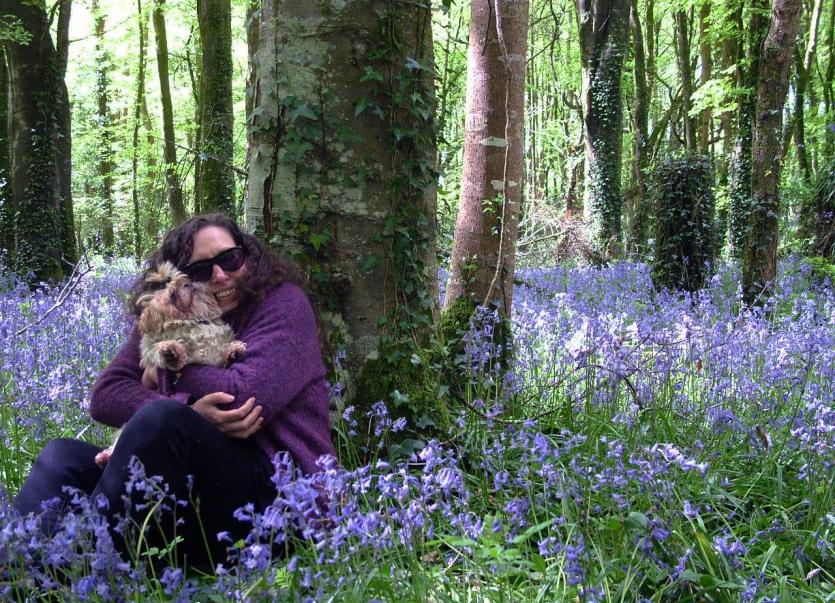 Ruth Smith and her dog, Gizmos

I have learned that Ruth Smith, Community Development Co-ordinator at the Knockanrawley Resource Centre, is leaving her post to take up a new position as Co-ordinator with Tipperary Public Participation Network.

Ruth has been an integral part of the Resource Centre for many years and will be a huge loss to the organisation.

Part of her responsibilities was to co-ordinate the organic garden and in particular the allotments project and also the Foodcloud food donation project.

The organic garden, over a half-acre of cultivated land, was the brainchild of the late Sr Joan Madden whose work led to the setting up of the centre in Knockanrawley.

The organic garden is used for people on training courses with the aim of raising awareness about environmental issues and sustainable development.

Knockanrawley’s Training and Education Section provides supports to those in long-term unemployment and allows them to learn new skills.

When Ruth moved to county Tipperary she quickly became involved in working with women in Cashel, where she was employed in the CORI part-time job opportunities programme as a Research and Development Worker into Women’s Issues.

She conducted an analysis to find out the needs of women from the area and found that support and training was what they needed most.

She then set up a women’s group, a lone parents’ group and a community arts group, learning facilitation and co-ordination skills along the way.

Shortly afterwards Ruth took up the post of Community Development Co-ordinator at the KRC and has been there since.

Through working with the women’s groups there she joined the Tipperary Women’s Network and she has supported and encouraged all members of the community to be involved in the process of identifying and addressing their needs.

She believes that by people coming together they can challenge the causes of poverty and disadvantage and bring about positive change.

Some of the garden volunteers at Knockanrawley contacted me to pay tribute to Ruth and to extend their good wishes to her as she leaves the Centre.

Ruth Broderick was fulsome in her praise for her colleague and friend.

“I have been involved with Tipperary now for the past few years and I have to say that Ruth Smith has been one of the most genuinely welcoming and accepting people I have met here. I had the most lovely of times as a garden volunteer at the Knockanrawley organic garden, growing and sharing edible flowers with my kind friends in the organic garden, which was so lovingly facilitated by Ruth and the help of Timmy Whyte.

“Ruth is the ideal candidate for community based co-ordination roles. She is a rare person who is all about practising loving kindness in this world and wanting equality, which is her prime passion. Ruth views all people as equal regardless of their background, and yet recognises each person’s unique traits. She possesses that fine balance of organisational skills mixed with a laid back yet very responsible attitude to her work. She will be greatly missed but I wish her well in her new endeavours.”
Timmy Whyte has had a long association with Ruth through the garden and the development of the Tipperary Men’s Shed.

“I’ve known Ruth, for what feels like a lifetime or well 20 years at least. In all the years I’ve known her she hasn’t changed a bit. She has always been herself, a nice genuine person who put others before herself. Ever helpful and always understanding as well as wholehearted in every objective she had. She has been a fantastic help with the Men’s Shed by setting up numerous shed mixers and events to get everyone to come together. Her help with the STH group and getting guests to come in was great and her attitude to everyone who came to KRC was the same, with a smile and with intent to listen. She took pride in events such as the Christmas parties for the Elderly and of course Christmas food cloud hampers. Ruth was always working, a real bionic woman, hard to keep in one place for a minute! Ruth always got people interested in the allotments and organised open days there. She has been a real beacon for KRC, constantly doing outreach and speaking on Tipp Mid-West Radio. I wish her well in her new role.”

Adrian O’Connor, an allotment holder at Knockanrawley, had this to say about Ruth: “She has a space in her heart for everyone she meets. The most non-judgemental, empowering person that you could meet.”
Knockanrawley’s loss is surely the PPN’s gain. Very best wishes to Ruth and every success in her new post.