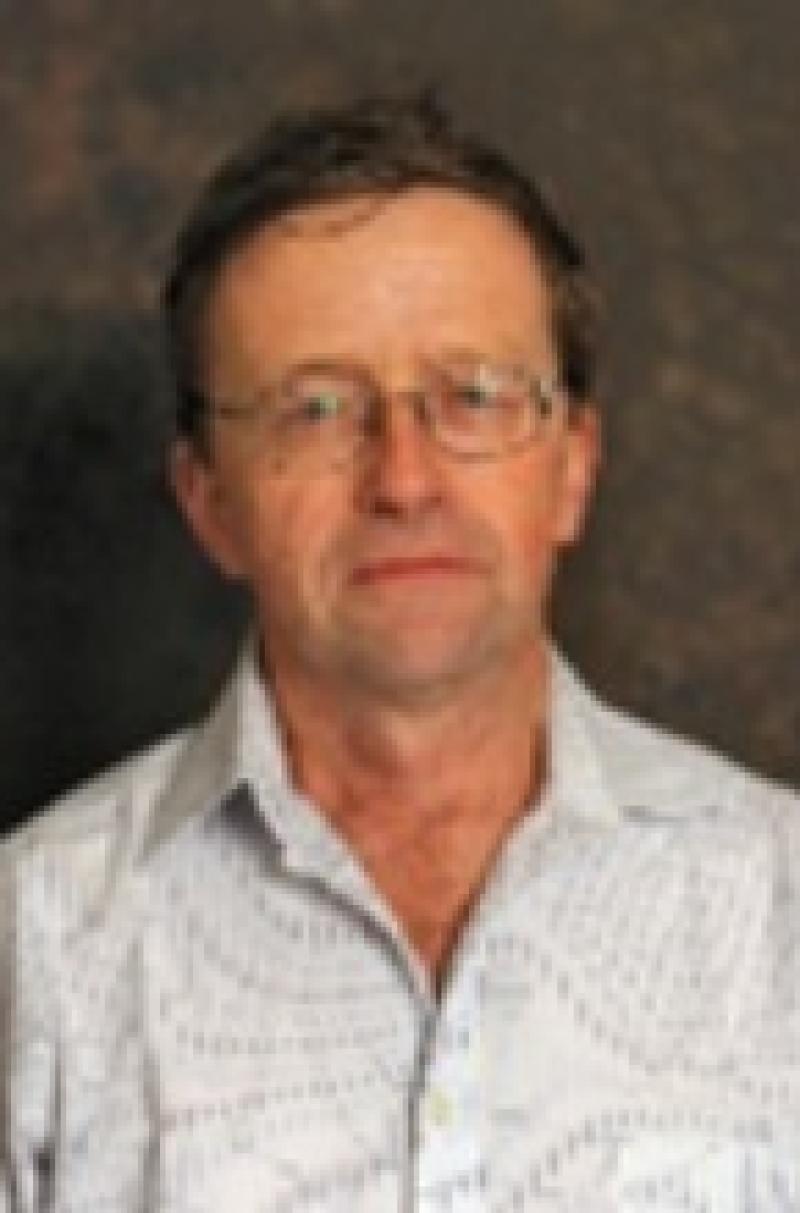 It was with great sadness that we heard our former Colleague Mick O’Shea had passed away.

Mick cycled into school every day from his home at Maghera Mór, Shinrone. He taught Geography and Science. He had an infectious laugh and spent many years teaching in the Sacred Heart Convent and Coláiste Phobal.

We extend our sympathy to his beloved wife Anne Deroe, his sons Diarmaid, Ruairí and Eoin, daughter-in-law Sarah and granddaughter Clíodhna, sisters Thérèse and Noelle, brothers John, Roger and Peter, brothers-in-law, sisters-in-law, nephews, nieces, extended family, neighbours and his large circle of friends and colleagues. May he rest in peace.

On Monday May, 24, at 6pm our school chaplain Fr Lorcan Kenny had his prayer book Seven Voices of Hope launched by Sister Mona Maher. Pamela from Veritas acted as MC for the event and she gave an introduction to proceedings. Lorcan’s royalties from the sales of the book are going to Christine and Elizabeth who are graduating from Coloma primary school in Uganda. The proceeds will help with their future education.

Fr Lorcan started off the launch with a prayer and he lit a candle. There was a video message then played from Christine and Elizabeth who introduced themselves and lit a candle. Sister Teresa the Principal of the school also said a few words. They performed a prayerful song with a dance called “Jesus has risen” which linked in with the 1st voice in the book, Mary Magdalene.

Ciara Kavanagh, a student in sixth year, read a passage Voice of Veronica which linked in with the last voice of hope from the book. A huge number of people tuned into the zoom meeting for the launch.

Lorcan then had a questions and answers piece with Pamela telling us that half his heart was left in Uganda when he came home after his first visit. His writing with passion came from his Grandparents and Margaret Hogan his English teacher in Birr Community School. He spoke about the 2 girls with different personalities, one is a wildflower and the other a wallflower and both are very vulnerable young women. Lockdown brought about his writing of the book.

He also spoke about Hope and the 2 strong women Mary Magdalene and Veronica. Fr. Seamus Ryan, the parish priest of Ballyfermot who taught Lorcan a Franciscan method of prayer which is to “Read something aloud” this was a gift and a preference and significant events can lead the voice to inner struggle leading to peace.

Lorcan said “There is more to the story than we know about”. This was in relation to the soldier, a character he related to his own dad.

He also said that Veronica did one act of kindness and Mary Magdalene was an apostle to the apostles. The voices of hope are part of a trilogy, voices of hope, voices of sorrow and voices of joy which he wrote in sequence but moving backward in time. He thanked Nigel Gallagher and Briain Ferry for the photos and Irish translation, 2 priests based in Donegal, and Bríd Dunne a Chaplain in Portumna who helped out with the layout. Lorcan also spoke about different ways of capturing our inner pain, who is important, and what is important We are all very quick to come in on what we have done wrong. Lorcan maintains that mistakes are washed away by God. He relates to John, the other voice and wondered about Jesus’ reaction to each of the moments. “Do not get in the way of hope” was a sentiment shining through where the technical aspects can be difficult.

The book gives time for reflection and meditation. It gives Hope for family, friends, relationship with God and our soul remembering heaven. The prayers connecting to heaven, in prayer, in Eucharist, news to God, responses all crowd us, image, flowers, candle, not internally, externally and Mutual Respectful Relationship. Lorcan hoped Coláiste students will visit Uganda later in life and spoke about their wonderful 1c, 2c and 5c coin collections.

Lorcan said we can have practical actions and asked that we be kind to ourselves. He could visualise his grandmother holding the prayer book and a friend will always be there when most needed.

The launch celebration started with Sister Mona who spoke about her time in Uganda since the 1970s. She said that Christine and Elizabeth are strong, independent, courageous young women and such a contact as Fr Lorcan gives hope for the future. Over 15 years his visits to Uganda have brought great joy. Coloma primary school was conceived and created, new in fruition and sees the sun rising every morning like the cover of Lorcan’s book. Sister Mona said that what spoke to her heart was “Simon of Cyrene”. She was impressed that he was the stronger person who became the friend.

Sister Mona also spoke about “Veronica”, a woman who risked rejection and abuse to wipe the face of Jesus. This was an act of kindness and a message of hope. The 2 girls faced challenges during their 7 years at school and come from extremely vulnerable homes. They would have no future without support and help. She said the book is creative, reflective and inspirational just like Lorcan himself.

The M.C. Pamela then read out lots of comments on the zoom meeting including one from Bishop Fintan Monahan congratulating Lorcan on his achievement.

Lorcan closed the event with evening prayer. He had a handmade bowl of individual beads and a candle which he dedicated to Ann Marie Cummins a brave local lady who sadly passed away recently and a mother to our current fifth year student Nathan Cummins.

Lorcan was surrounded in the oratory by his teaching colleagues Jack Flynn, Joan Ward, Diarmuid Haugh and Tadhg Maher along with sixth year student Ciara Kavanagh. The book is available to purchase through Veritas.ie and also in Corville Stores and News and Views in Roscrea and hopefully soon in Supervalu and the parish shop and in Covid times is a shining beacon of hope. Lorcan finished by thanking all who encouraged and inspired him and all in Coláiste Phobal wish him the very best and we encourage everyone to buy a copy of the book and help support the future education of Christine and Elizabeth.

Mikita, a second-year student here in Coláiste Phobal, is originally from Belarus. One of Mikita’s passions is Ice Hockey. At just 15 years of age, Mikita has achieved a lot in the sport and his career is going from strength to strength.

Mikita has represented Ireland at u12, u14 and u16 level, having great success with these teams.

Mikita traveled to Slovakia with the Irish team to compete in the Slovakia Cup in 2018 and 2019. On both occasions, Mikita won the tournaments best goalkeeper award. This award is given to the goalkeeper who makes the most saves in the tournament. An outstanding achievement for such a young player.

In 2019 Mikita traveled to an international tournament in Barcelona, again representing Ireland. This turned out to be a very successful journey for Mikita. Playing in goals he faced 43 shots, only conceding twice. At the time Mikita was just 12 years old, making his performance even more remarkable.

Mikita is currently using all the experience he has gained to help coach the younger goalkeepers in the Storm Ice Hockey Club.

While the Covid pandemic has significantly affected the sport, Mikita is hopeful of getting back to normal and doing what he loves again this summer. Everyone at Coláiste Phobal is extremely proud of Mikita’s achievements so far and we all wish him the best of luck in the future.

On May 28, our First Year students buried a time capsule in our school garden to mark the end of their first year in Coláiste Phobal. And what a year it has been! We look forward to seeing their reaction when they dig it back up again and look at what they wrote through the eyes of their Sixth Year selves.

We send our best wishes to all staff and students for an enjoyable summer. We thank all students for their cooperation with the Covid restrictions during this academic year and look forward to seeing everyone back safe in September.