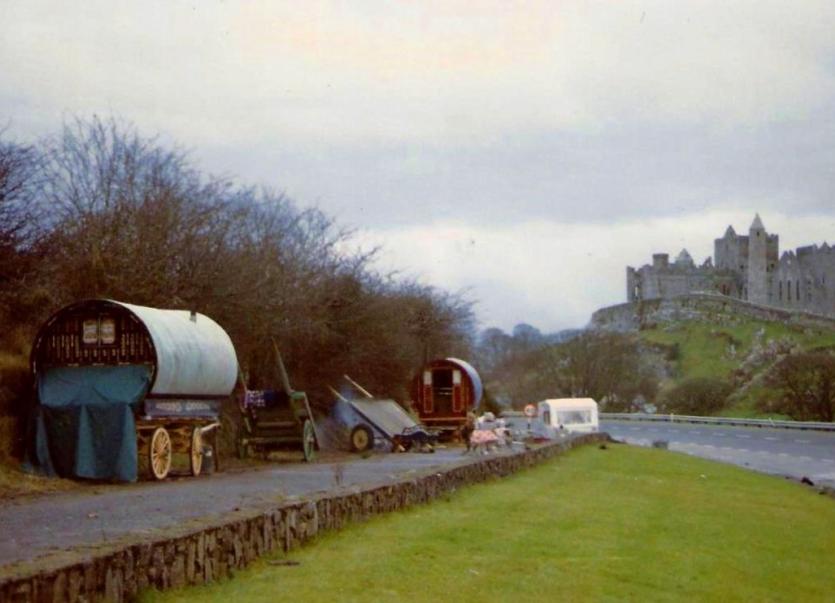 This great picture above of a Travellers’ encampment, featuring the traditional caravans parked in the shadow of the Rock of Cashel, was taken in 1982 by Gerry Molumby.

Gerry has worked for the welfare of Irish people in Britain, founded the Triskellion Irish Theatre Company, directed plays and has captured some stunning photographs from all over Europe.

Gerry, who hails from Thurles, subsequently relocated to Britain, and has played a leading role in helping to preserve and expand the Irish culture in Britain.