Letter to the Editor of The Nationalist: 'We need to talk about Tipperary Town'

In this week's paper 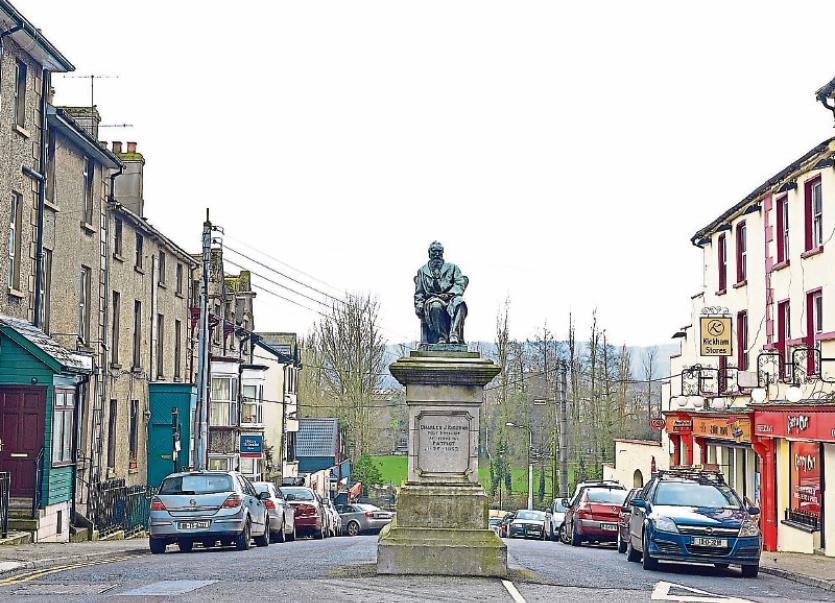 In October it will be three years since the people of Tipperary Town marched en masse to protest at the decay and failure to deliver jobs, infrastructure and investment for Tipperary Town over the last two decades. It appears that not much has changed in that time.

It should be noted at this point that the local water and sewerage infrastructure is almost at capacity so it would be impossible for a substantial new industry to locate in the town due to the lack of capacity for wastewater etc., as my own company found out in the intervening period.

This issue was flagged by Tipperary County Council’s Economic Director in a recent interview on Tipperary Mid-West Radio.

They know the issues, but they aren’t dealing with them!

We also have a lot of privately owned buildings that remain derelict. Unfortunately, the council is the cause of much of this as the planning process is extremely onerous and unhelpful to new investment.

A major multinational retailer is currently trying to open a large outlet in Tipperary Town which would see €4m of an investment, but they are blocked by the council planning department. This would create 30 full-time and 30 part-time/seasonal jobs. Can we afford to lose these jobs?

There are two property developers wishing to invest over €30m in around 200 badly needed new houses in the Carronreddy and Garnacanty area, who have had planning permission stalled or rejected this year. Can we afford to lose this investment and the associated jobs?

There are several investors looking to refurbish derelict properties in the town centre who are also victims of the policies of the county council planning system.

These investments are estimated at around €5-8m The above-mentioned projects alone add up to around €40m which Tipperary Town badly needs but are being held up by Tipperary County Council.

The silence about this issue by the various campaign groups is astounding! They seem to have been sucked in and neutered by the revitalisation scheme which, to date, has produced very little in terms of revitalisation…the hares are running with the hounds, so to speak.

How many towns would jump at the opportunity for €40m worth of investment in a year from private sector investors?

How many towns would be delighted to get the hundreds of jobs in construction that these two major developments would create?

How many towns would be delighted with the vote of confidence of a major multinational retailer locating one of their largest Irish stores in their town?

What are their Key Performance Indicators (KPIs)? How is their success measured?

We see various social media posts about surveys and reports etc., but what actual positive outcomes have we seen? How many jobs have they facilitated or attracted to the town?

Who are the members and who elected them?

Do they have an AGM? Is it open to the public?

There has been little or no progress on the council-owned derelict buildings such as The Courthouse, Workhouse, Bridewell, Dan Breen House etc. When will a definite timeline for progress be published? How much money has been allocated to these projects?

What has Tipperary Town got?

Tipperary Town is still being left behind!