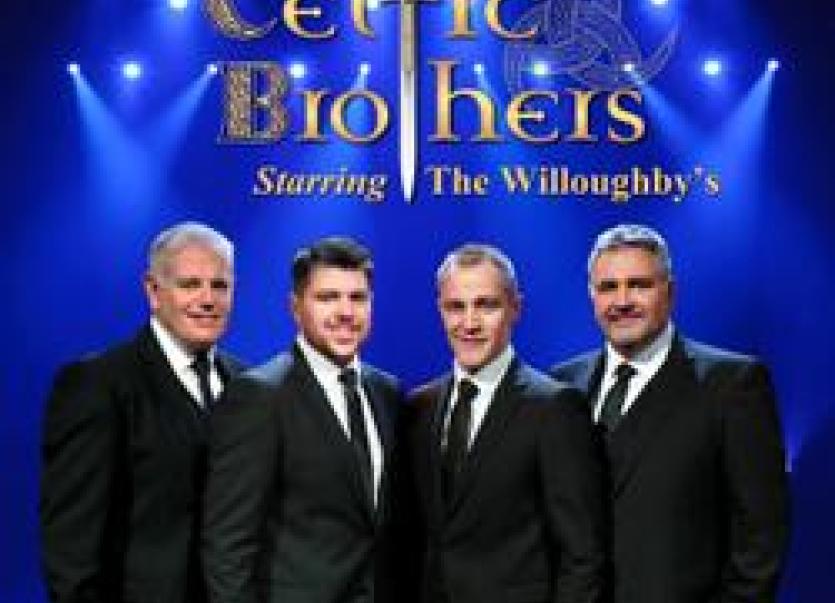 Having recorded four albums as the six-piece Willoughbys Brothers, the now refined four-piece Celtic Brothers are about to embark on a nationwide concert tour this spring.

The Celtic Brothers’ passion for singing and performing, combined with a genuine closeness, stems from a childhood filled with music and singing, a love they carried with them throughout their formative years into adulthood, a gift given to them by musical parents who also had a touring band. The international singing sensations have performed in Ireland, the UK and America.

The brothers have developed a very casual banter and delivery during their live shows which are complemented with laughter especially when the oldest brother in the pack, Richie, recalls anecdotal stories of them growing up as children. They also pay respect to their late mother Breda who died aged 38 when all six brothers were children having to rely solely on their father, made them grow closer.