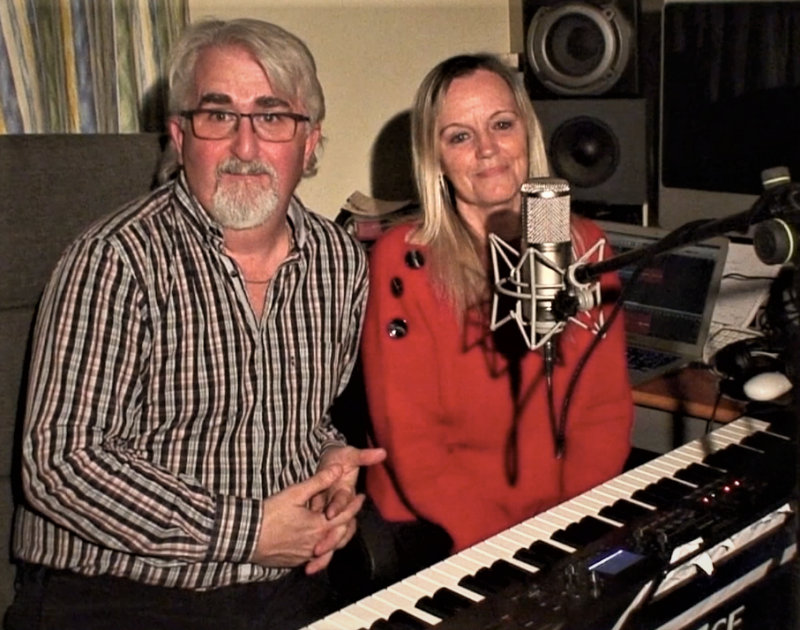 For many years, Pat Marnane has been entertaining people at gigs and concerts throughout the length and breadth of the country.

With over 40 years’ experience in the music business complimented by a BA Arts (Music) and an MA in Festive Arts, his knowledge of music and song is very considerable and well appreciated. His music style is complimented by his engaging nature and by the professional manner in which he deals with people.

Whether it is in acquiring his services for a wedding, a funeral or a special event, you could not find a better person to look after your musical requirements.

The many talents of this musical impresario extend to production, direction, choral arrangement and promotion, and have been his hallmark in shows in schools, theatres and auditoriums in various parts of Ireland and abroad.

Like so many other aspects of life and business, the music scene has taken “quite a hammering” from the effects of Covid.

Concerts and performances had to be stopped, the closure of pubs meant a stop to music sessions, weddings and funerals were severely impacted as was any celebration where there were gatherings of people.

For those in the music business this was a major blow and people like Pat Marnane had to find a way to adapt and to try and keep doing, to some degree, what was their livelihood and passion.

Through Facebook, I saw that Pat had managed to keep fairly busy as well as keeping the public entertained and that he had reached out to many people through music and song during what was a really difficult time for everyone.

For the past 23 weeks, each Monday evening, Pat has entertained everyone in a Facebook video podcast with music, song, and some special guests. This was also uploaded as a podcast to YouTube so was available to a wider audience. Pat says that he missed the buzz of the sessions but that he found another way of keeping people entertained. 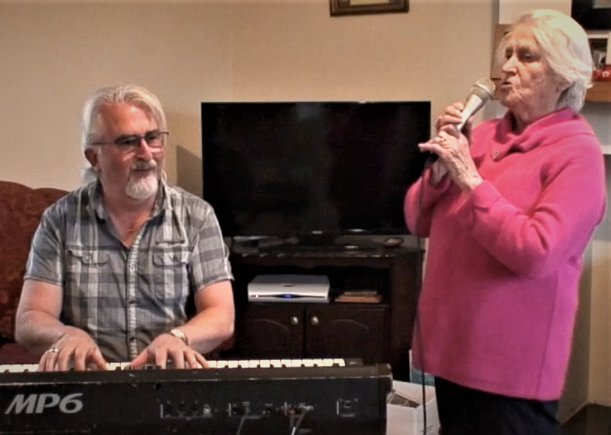 “The impact of Covid has been devastating to the music industry and it was necessary to find a way to adapt and to re-invent what we were doing.

“The value of working through a pandemic is that we could do things virtually that we would never have dreamed of doing before. 50 people could send recordings directly from their phone and this could be edited into a virtual performance from the group. We did this for instance with Cashel Community School for their end of year concert and with the Cashel Arts Festival Choir. I didn’t meet any of the performers individually but yet was able to produce a performance for the group.”

Part of the success of the Monday night Facebook session has been the revisiting of material from the archives which Pat has compiled over the years and features many performers from events in some of the local hostelries.

These have rekindled memories of late night sessions in The Foot, O’Heney’s, The Lady Gregory and Nellie’s and at the Bansha Festival, where anyone that was brave enough was called on to perform and face the judges in XFactor type contests! Memories were also stirred of the great festival Sundays in Bansha.

“The re-visiting of archive material brought messages from all over the world. Seeing material from 1998 in The Lady Gregory Pub featuring characters such as the late Denis Tobin, are unforgettable memories as are memories of local politicians performing in Stars in your Eyes in O’Heney’s.

“These were such great times for everyone that I was inundated with messages afterwards. The main reason for the weekly Facebook video is to entertain people and to give some background to the singers and to their songs. Since I started this weekly Facebook video it has garnered close to 45,000 viewers from all over Ireland and from different parts of the world. I have been privileged to have had some guests join me on different weeks including: Derek Ryan, Nick McCarthy, Eddie Golden, Joe Sheehan, Ann O’Dwyer, Paddy O’Connor and my wife Fran, who was with me particularly for the Bealtaine Festival, Music from our house to Yours series, which was separate from the weekly video.

“I know the other guests won’t mind me saying but the highlight for me has to be having my mother, Sheila Marnane, perform with me on one particular week.

“We grew up with music in the home and I was really encouraged to learn music, as my mother recalls when she reminds me that it was a good job that she ensured that I continued with the piano lessons! I am very grateful to have my mother and father (Seamus and Sheila) living so well into their 80s and to have my mother perform with me on one of the videos was very special.”

While undoubtedly the weekly videos are hugely successful, I enquired from Pat as to the reason for doing this without any form of remuneration.

“This has been my only opportunity to play and to perform and I feel blessed that I and my family have our health and have not been impacted health wise by Covid.

“It gives me a great deal of pleasure to see how much people enjoy the weekly videos and all of the lovely comments and I must admit that I have played more piano during Covid than I had done for years. We all want to get back to what we were doing but we realise the impact that Covid has had on so many people. We have missed the sessions and the social side of it and the interaction with the audience. But the phone is starting to ring again and there are some bookings for small weddings and some indications that there may be shows again towards the end of the year. For now, I am planning to keep the Monday night Facebook videos going and hopefully we will soon have a memorable evening not virtually but in person.”

You can check out Pat’s videos on Facebook at: https://www.facebook.com/pat.marnane