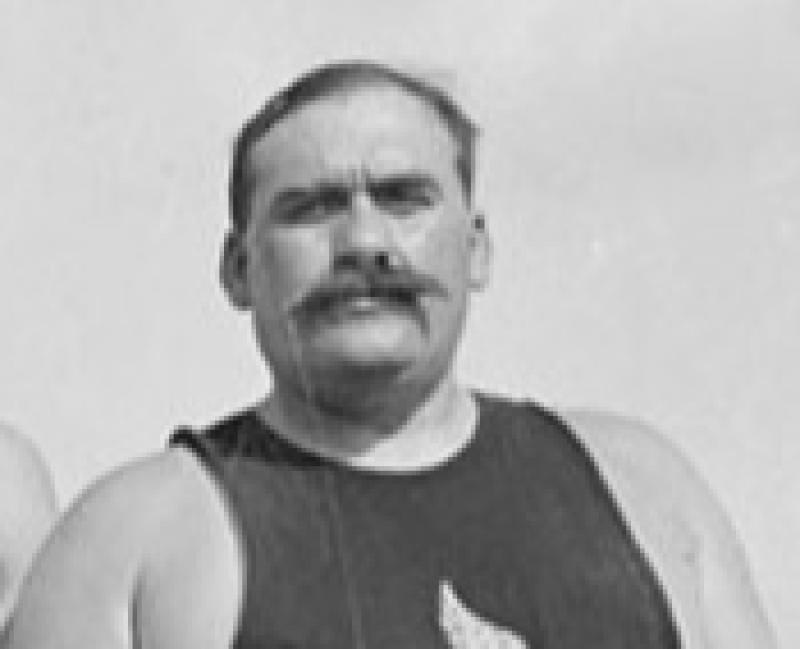 As I am writing this we are in the midst of Olympic mania with medal success for Ireland in rowing, with hopefully more to follow.

A little known Olympic fact however is that in 1904 three Tipperary men competed in the Games which were held in St Louis, Missouri.

Two of the men were medal winners with the third narrowly missing out on a medal and placed fourth.

The games were officially known as the Games of the III Olympiad. I came across this fact when I was researching for my book, Tipperary People of Great Note. 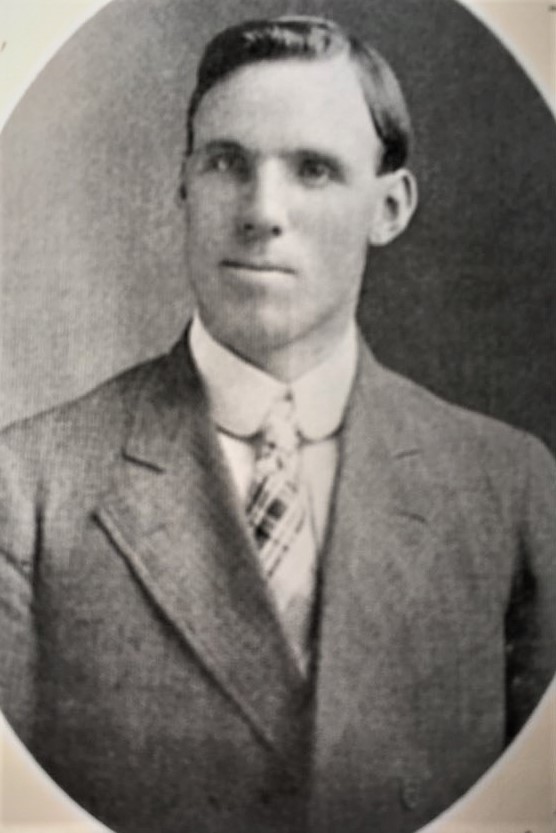 Jack Holloway, placed 4th in the all-round event at the 1904 Olympics.

It is quite extraordinary that three men from the county should end up competing alongside each other in what was the first time that the Olympic Games were held outside Europe. The current three-medal format of gold, silver, and bronze for first, second, and third places, was introduced at the 1904 Olympics.

The Irish and Tipperary Gold medal winner in 1904 was Thomas ‘Tom’ Kiely, who was born in Ballyneale, near Carrick-on-Suir.

All ten events were held on the same day. It was the only time the all-round, a forerunner to the later decathlon, was contested at the Olympics.

Kiely won the gold medal to become the first multi-event track and field champion in the Modern Olympic Games. He was 34 at the time.

The British team had approached him with promises of his fare and expenses, but as a committed nationalist, he decided to go on his own, representing his native country. 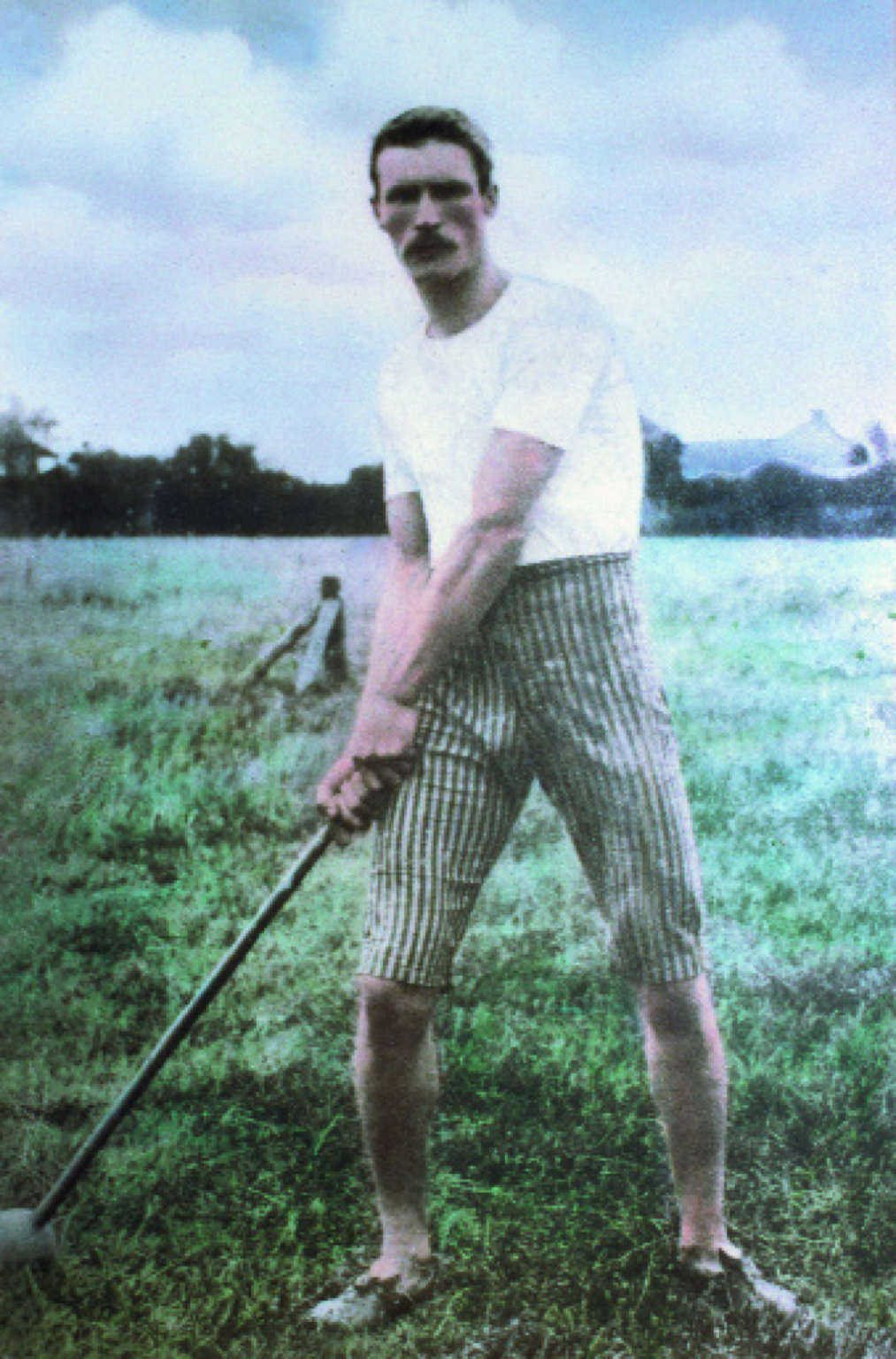 He raised the fare partly by selling many of the prizes he had won over the years. In America he had several more offers to join the American or British teams but again he declined and made it clear in all statements to the press that he would represent only Ireland in the Olympic Games.

Away from the sports field Kiely played the fiddle and the flute and was an accomplished Irish dancer. He died on November 6, 1951 at his home in Carrick-on-Suir and he is buried in the cemetery at Ballyneale.

The second Tipperary man to win a medal at the games was James Mitchell, who was born in Bartoose, Emly. Mitchell competed as a member of the New York Athletic Club at the games.

In the 56 lb weight throw he won the bronze medal. In the hammer throw competition he finished fifth and in the discus throw event he finished sixth.

He first competed in athletics as a quarter-miler and in the long and high jump. He went to New York on the SS Wisconsin in 1888.

He won a total of 76 national event championships (American, Canadian, English, and Irish) and when he made his Olympic debut he was 40-years-old and considered to be rather past his prime.

Between 1886 and 1896 he dominated world throwing, being the first of a remarkable series of Irish throwers, mostly performing under the American flag, to extend world records.

He also won the English hammer and shot championships each year, breaking national records in England and Ireland in the process. In later years he became a well-known sportswriter in New York and an author of several books on polo and rowing. He died in New York on July 3, 1921.

The third Tipperary man to compete at the 1904 games was John ‘Jack’ Holloway, a native of Cappauniac, Bansha, Tipperary. An all-round performer he competed mainly in the jumps, hurdles and his speciality event the pole vault. In 1904 he went to America and joined the Greater New York Irish Athletic Association. He competed in the Olympic Games held in St Louis, Missouri, in the men’s all-round.

All ten events took place on the one day and despite coming first in the high jump, Jack was placed fourth overall with the winner being his friend and fellow Tipperary man Tom Kiely.

In Ireland, Holloway competed in several all- around championships, though he specialised in the pole vault. He won two Gaelic Athletic Association All- Ireland pole vault titles, at Tipperary in 1897 and at Crookstown, Cork in 1899.

He also competed in England and while there he challenged and defeated the great Irving Baxter, winner of gold medals in high jump and pole vault in the Paris Olympics of 1900.

After the Olympics he remained in the US joining the Missouri Athletic Club and later the US Army. He died on October 15, 1950 and is buried in Topeka, Kansas.