Phase I of the project is due to commence soon with the first two part time jobs having already been created, said development co-ordinator Derry O'Donoghue 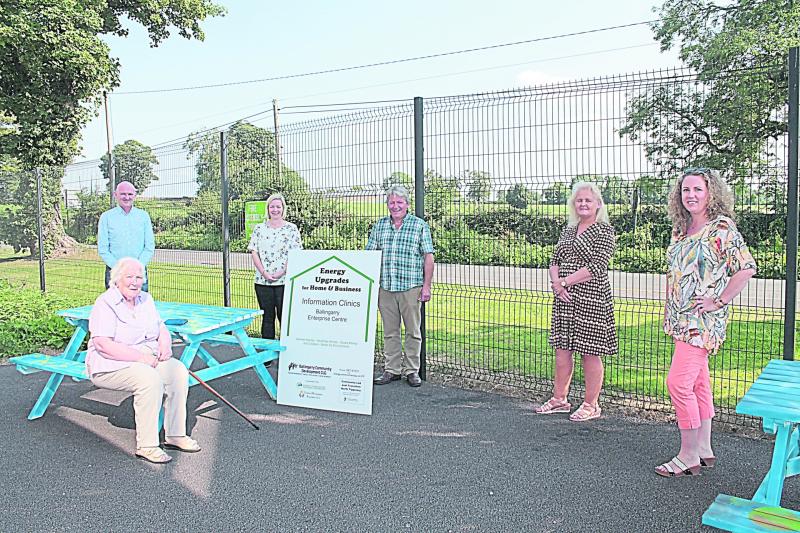 From small acorns do great oaks grow, and on Thursday last, the Moycarkey Borris Community and Sports Centre in Littleton witnessed the seeds of a new renewable energy project that has the potential to transform Littleton and Ballingarry, Borris and Moycarkey, creating new jobs, and savings for householders.

Members of local development associations, and county councillors from the communities of Littleton and Ballingarry, and Energy Communities Tipperary Cooperative (ECTC), met to launch the Just Transition Fund - a project which has secured €995,000 for community led home retrofit schemes in the area.

Phase I of the project is due to commence soon with the first two part time jobs having already been created, said development co-ordinator Derry O'Donoghue.

The hope is that this is just the beginning: as local people sign up, their neighbours will see the benefits and the initiative will blossom into more and more jobs in an area ravaged by recession, and the closure of the Littleton peat briquette plant.
“We would have received grant funding under the Just Transition Fund,” says Mr O'Donoghue. “We're doing it in two phases, so this will be Phase I We've taken on two new staff. There will be one based here in Littleton, covering the parish of Two-Mile-Borris, Moycarkey and Littleton. There will be another appointed to oversee Ballingarry.
“Phase I will be carrying out technical assessments on a number of houses. It will take in about 65 houses, seeing what needs to be done with them. We will be carrying out surveys, within the parishes, to try to improve homes.
“Phase II will then move on to retrofitting those houses,” adds Mr O'Donoghue.

The grants are accessed by the ECTC, of which Mr O'Donoghue is a member, and come via the Sustainable Energy Authority of Ireland, (SEAI), for the last decade or so.

Over €10.2m in grant funding has been dispensed since its formation in communities all over Ireland.
“With the Just Transition Fund, now we'll be able to do even more on top of that,” says Mr O'Donoghue.

Homeowners applying to the fund will have to provide some of their own capital, and a certain percentage of the works, but the ECTC will provide the rest, putting retrofitting, insulation, solar panels and other forms of sustainable energy within the reach of ordinary householders for the first time.

“The first stage is to create awareness about the whole project, and to get the homeowers on board,” adds Mr O'Donoghue. “We have to go through State aid, so there is an verification process for the funding.

“We got a provisional offer of €995,000 but we have to be able to say 'these are the houses that are going ahead' to get it done.”
Currently, the exact percentage of how much the homeowner will have to provide, has yet to be finalised. The ECTC will apply for the grants on behalf of the homeowners, and oversee the paperwork, source contractors, and check that all works have been completed to the correct standards, removing any hassle for the homeowners.

The beauty of this community led model is that any energy credits can be sold to the energy providers: money is saved by the homeowner, then ECTC gets energy credits which are sold to utility companies like Energy Ireland, and that money goes back into a community pot which can be used to upgrade a community hall or fit out new solar panels.

All ECTC committee members are volunteers. But there's no point in installing new solar panels if the house is already losing heat through its windows and walls.

Since ECTC's inception, it has supported the creation of 65 jobs, and the hope is that Just Transition will create many more, from the two positions already created.

“There's a severe skills shortage in that whole area at the moment, so we'd support contractors to get upskilled,” added Mr O'Donoghue.