A green future for Littleton, Ballingarry Borris and Moycarkey 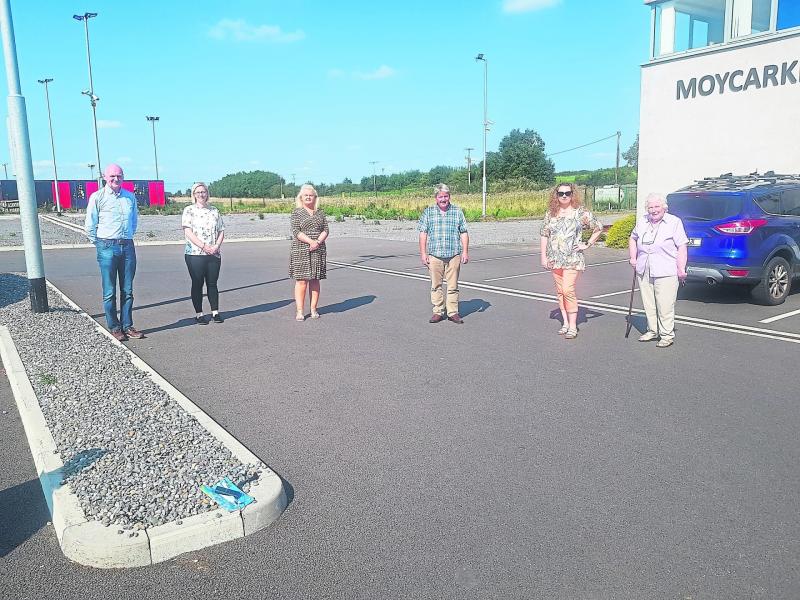 he ECTC Littleton Ballingarry Just Transition fund was launched at Littleton's Moycarkey Borris Community and Sports Centre on Thursday, with the aim of boosting sustainable energy and jobs

Architectural technician Marcella Maher Keogh has been project co-ordinator for Energy Communities Tipperary Co-operative (ECTC) since 2012, when it began life as a pilot project in Drombane Upperchurch, and is a lynchpin behind the drive to help homeowners in the Littleton Ballingarry areas to transition to green energy.

Starting off as a project of 22 houses in the first year, ECTC had grown to encompass some 200 houses by 2017, Ms Keogh told the Tipperary Star.

And from just one project in 2012, it has grown into four communities, then six, until the present day, where ECTC encompasses 14 communities across Co Tipperary.

With the inclusion of Ballingarry and Moycarkey Borris, ECTC applied for funding from the SEAI due to the closure of the Littleton peat briquette plant which had provided livelihoods generations of local people.

Transitioning from dirty fossil fuels to green clean renewable energy, while providing jobs for local people, is ECTC’s mission.
“We put in an application together in July 2020,” says Ms Keogh,” and they approved €995k for us. We’ll be the lead applicant, but it’s on behalf of Ballingarry, Moycarkey/Borris.

The first phase involves carrying out a survey of all the houses around the community.
“At the same time, we'll be doing an energy masterplan for these two communities under SEAI, so we've already got funding in place for that.”

The masterplan will examine what energy is being used by all of Littleton's and Ballingarry's businesses and houses.
Homeowners wanting to green up their houses would send in their details to ECTC, who would fill out an application form, and chat with them to see what kinds of upgrades are suitable for their particular house.

The householder would then be advised to get a BER rating done, which grades how energy sustainable their house is, before applying for grant funding, which ECTC help them fill out.

“We're moving away from fossil fuels,” says Ms Keogh. “It would include the provision of heat pumps for people, mostly. But we'd definitely say insulate your house first - we're looking at attic insulation, wall insulation, windows and doors, and then generating solar energy by PV panels, but that would be last thing, once the house is well insulated.”
No house is too old for the retrofit - “the worse the better sometimes, because you're going in and gutting the whole house, but it does cost money.”

A typical deep retrofit could cost between €40,000 to €60,000, but the costs vary hugely according to the specific needs of each individual householder.

The scheme is not aimed at the very wealthy, but for all people who have an interest in saving on fuel bills, while helping the environment.

“Everybody is going to have to retrofit their houses over the next few years,” says Ms Keogh. “We want everybody included. We want everyone to fill out the surveys.”

Residents are invited to come to an information evening in Littleton, Ballingarry, and Moycarkey/Borris, on dates yet to be decided in September, where they will be given information, and they will be able to go away with forms.
Anita Henebry and Cllr Imelda Goldsboro, will help fill out the forms and will remain in contact with aspiring applicants.
“Then from that, we're hoping that people will get a technical assessment.”

Costs of €575 for the assessment, will be “heavily discounted” for those who apply under the Just Transition scheme.
From the technical assessment, a contractor will quote them a price for an upgrade on the BER scale.

“The home owner will be left with a price and a technical assessment, and they can make a decision as to whether to go ahead or not.”
“We'll tell them at that stage how much of a grant we can give them, based on their house,” added Ms Keogh.
“There is a lot of toing and froing, but we need to be able to go back to the Department and so they can sanction us that money.”