BIG READ: Afghanistan falls into its dark side of history, writes Martin Quinn

Published in The Nationalist recently 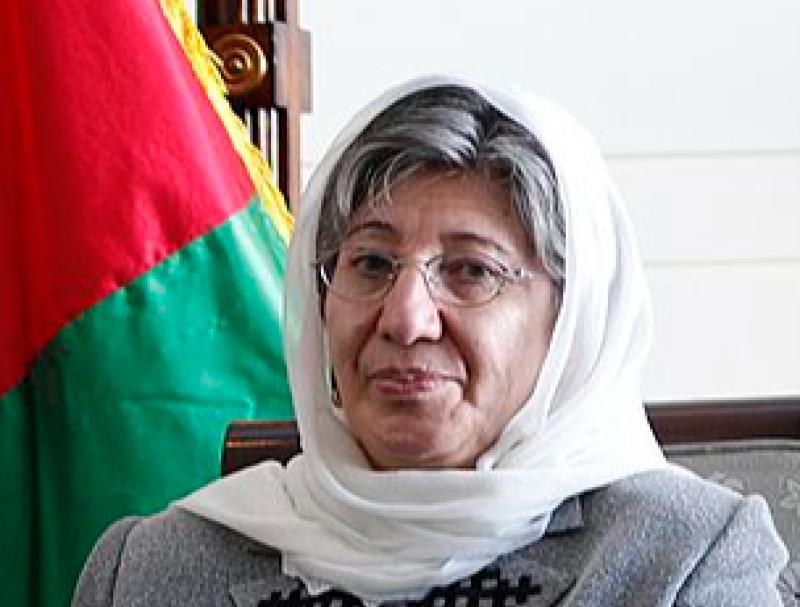 The rapid change of Afghanistan's security and political landscape is a surprise to many people around the world, including the Afghans.

Although the security deterioration was rapid for those who have closely observed the situation, it nevertheless was not a surprise.

The Taliban captured cities one after another, and Kabul, the capital, came under siege from almost all sides.

Dr Sima Samar is an Afghan woman's and human rights advocate, activist and a social worker within national and international forums, who served as Minister of Women's Affairs of Afghanistan from December 2001 to 2003.

She has a special connection with Ireland having been awarded the prestigious Tipperary International Peace Award which she received in Tipperary in 2011.

Samar has been speaking about the current situation in Afghanistan to Tipperary journalist and Peace Convention Secretary Martin Quinn.

She says that the achievements on human rights in the last 20 years were shared by the Afghans and international community but that we all paid a heavy price for this progress.

"It is very sad to watch this progress melt away. Multiple factors played a significant role in these losses. First, the widespread corruption, nepotism and hypocrisy had rotted the government from within.

"The government positions changed to a source of income for many top officials, severely undermining the government's legitimacy.

"In addition, reducing the whole government to a personal office significantly contributed to a trust deficit, unfunctional centralisation, and political fragmentation in the country. The lack of good governance reduced the confidence of the public in the government.

"Secondly, the election crisis in 2014 widely impacted the country's whole political spectrum and processes and led the polity toward an enduring legitimacy crisis.

"At the same time, President Ashraf Ghani and his team failed to build an inclusive government and to move forward after the election which deeply polarised the country. In the last 7 years, he was not able to have an approved and functional cabinet.

"Thirdly, the US-led coalition, including the Afghan government, failed to address the proxy nature of the conflict in Afghanistan.

"Instead we had the leadership making provoking statements against everyone instead of taking a more proactive and constructive approach with neighbouring countries to identify the problem and find a solution. The denial of the problem could not change the reality on the ground.

"We cannot choose our neighbours, but we can choose our friends. Finally, the US deal with the Taliban signed in February 2020 largely legitimised the violence as political currency in the country and assured the Taliban that they had won the war. The US deal and their withdrawal significantly undermined Afghan security forces on the ground.

"Corruption, mismanagement, and the leadership crisis reinforced the negative impact of the withdrawal of the US and NATO forces on security forces."

Dr Samar goes on to say that what we have seen in Afghanistan in recent days was a political collapse rather than a purely military one.

"Once again, in front of the whole international community, Afghanistan fell into its dark side of history, while no one prevented this decline.

"There is an old saying in Afghanistan that there are no brothers in doom and gloom days. Everyone abandoned Afghanistan and its people and the values that many sacrificed for them. I hope some of us remember those tens of thousands who had lost their lives for values such as human rights and freedom that we preached for years. And, of course, many will be sacrificed because of these developments that some wanted in some corner of the world far away from Afghan homes. I do hope that we learn from history."

Sima Samar received the 2010 Tipperary International Peace Award for devoting her life to fighting for freedom and democracy in Afghanistan and for the welfare of oppressed women and children.

At great personal risk she travelled from Afghanistan to Tipperary in June 2011 to receive the award and while there she was honoured with a Civic Reception.

Also during her visit she had meetings with officials at the Irish Department of Foreign Affairs to discuss the situation of human rights in Afghanistan and the socio, economical and political situation there.