'Tipperary in the Dock' - a re-enactment for Heritage Week

National Heritage Week, an initiative by the Heritage Council, celebrates all things heritage 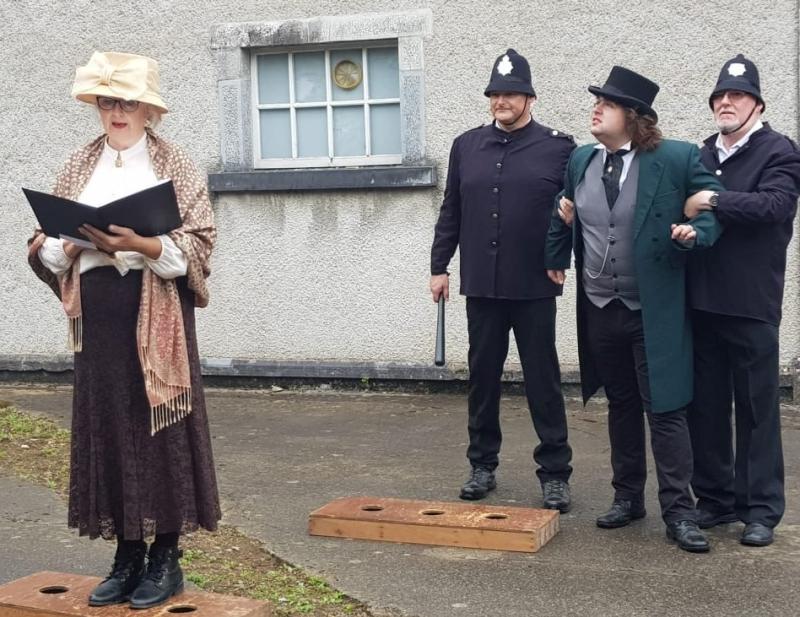 National Heritage Week, an initiative by the Heritage Council, celebrates all things heritage.

It brings together communities, families, organisations, cultural institutions, academics and enthusiasts, to build awareness about the value of heritage and support its conservation. This year the focus was on projects whose approach included ‘heritage newcomers’, ‘heritage sharing’, and ‘heritage for all ages’.

Tipperary Heritage Group members Katherina Ryan and Mary Margaret Ryan wrote and filmed an enactment of an event that took place in Tipperary Town in 1889. 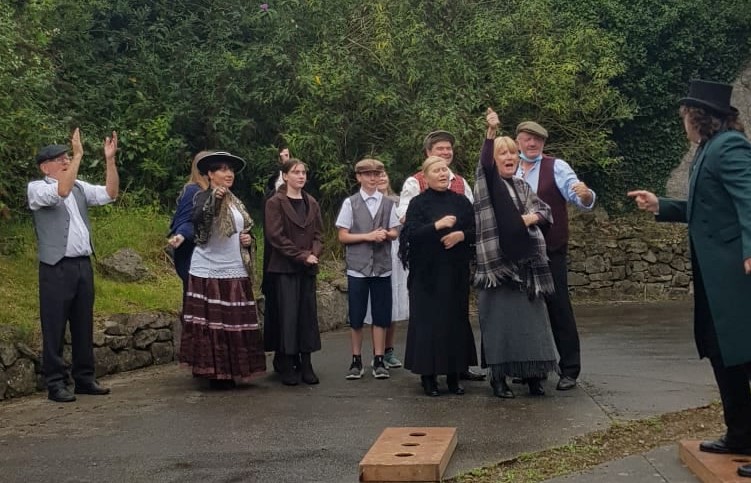 A scene from the re-enactment of 'Tipperary in the Dock'

Filming took place at Tipperary Town Courthouse, the Bridewell and the Marian Hall. Filming was moved indoors to the Marian Hall due to heavy rainfall.

The video is currently being edited and will be available to view in the near future. Titled 'Tipperary in the Dock', the re-enactment is based on an event that occurred in Tipperary Town Courthouse, Bridewell Gaol and Tipperary Railway station in July 1889.

At that time the town was a hotbed of conspiracy and activity. There was unrest due to increased rent and evictions. Tenants offered to pay lower rents to their landlord and if refused would instead pay it to the Plan of Campaign Fund.

He was arrested and held in the Bridewell Gaol for violating the Crimes Act, which prevented unlawful assembly, and the organisation of conspiracies against the payment of rents.

He was escorted by two policemen from the Gaol to the railway station and from there to Clonmel for trial. A crowd had gathered in protest, a fight ensued and fifteen people were arrested.

This enactment is based on the trial of two of the fifteen people, and while the writers tried to remain true to the historic facts of the case, certain liberties were taken with the original story and there was a reduced cast due to Covid 19 restrictions.

Well done to everyone involved in the re-enactment, especially Katherina Ryan and Mary Margaret Ryan.

A lot of work went into creating this event and we look forward to seeing the finished product. You can learn more about the projects of national heritage week on www.heritageweek.ie