Cashel Arts Festival to host a stunning line up with music, art, and culture to suit every taste

Art, music and theatre will line the streets of Cashel for this dynamic four-day festival 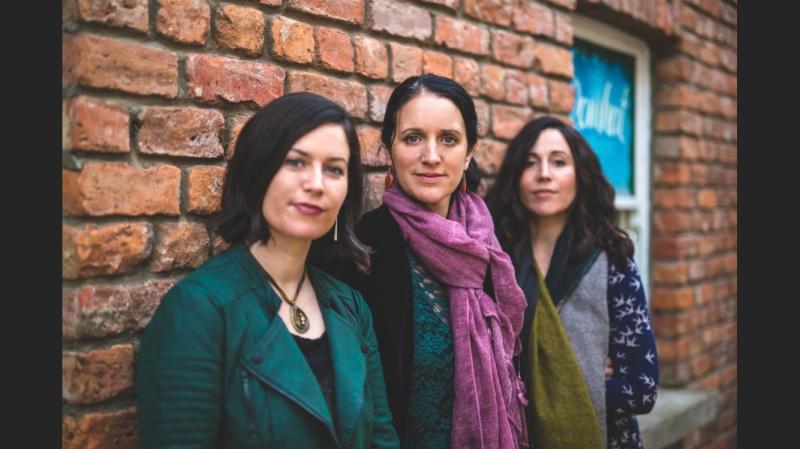 The Henry Girls are sisters Karen, Lorna and Joleen McLaughlin from the most northerly part of Co Donegal. The trio will be appearing at the Cashel Arts Festival on Sunday, September 19, at 8pm

Organisers of this year's Cashel Arts Festival are delighted to announce that the 19th annual festival will take place this September from Thursday, 16th to Sunday, 19th.

Art, music and theatre will line the streets of Cashel for this dynamic four-day festival.

This year our community festival will take a blended approach, with events taking place indoors and outdoors around the heritage town of Cashel as well as events that can be accessed from your homes.

The theme of this year’s festival is Reawakening and all the details of events can be found on our website, www.cashelartsfest.com, where the tickets for all events can be purchased or booked.
Kicking off the festival is According to Sydney, a play by Gerry Lynch, starring Rose Henderson (Father Ted/Fair City/ Weighing In/ Take Off Your Cornflakes) and directed by Caroline FitzGerald.
This magnetic drama will take place on Thursday, September 16, in Brú Ború.

One of the musical acts taking place this year is The Henry Girls on Friday, September 17.
The Henry Girls are sisters Karen, Lorna and Joleen McLaughlin from the most Northerly part of  Co. Donegal.

They have successfully learned to interweave their traditional roots with contemporary elements, earning them both commercial success and spectacular critical acclaim on both sides of the Atlantic.
On Saturday night, there will be a special performance of Buail Na Cloig: Tionscadal Gaspal Dylan (Ring Them Bells: The Dylan Gospel Project).

In the 1980s Bob Dylan shocked his fans by converting to Christianity and releasing three albums of funky fire-and-brimstone gospel music.

The lyrics have been translated into exquisite Irish by poet Gabriel Rosenstock. Screen projections by Margaret Lonergan and Liam Grant.

Produced by Liam Carson, IMRAM Féile Litríochta Gaeilge.
Our headline act for Sunday night is the critically acclaimed Contempo Quartet. Praised as a “fabulous foursome” (Irish Independent) and noted for performances which are “exceptional” (The Strad) and “full of imaginative daring” (The Irish Times), RTÉ ConTempo Quartet has forged a unique place in Irish musical life.

Since its formation in Bucharest in 1995, the quartet has performed more than 1,800 concerts world-wide in 46 countries.

Our varied visual arts programme will include work from local children to established artists.
One aspect of the visual arts programme is the beautifully put together festival bunting which has been decorated by over 900 children in local primary schools – Holy Trinity N.S., Fethard, Moyglass N.S., Ballinure N.S., Little Flower N.S., Ballytarsna, Scoil San Isadóir, Boherlahan, Rossmore N.S., St. John the Baptist Girls’ and Boys’ Primary School, Cashel and the Deanery School in Cashel.

The work of all these children is on display on and around the Plaza in Cashel and has been completed under the guidance of artist, Elke Wilson and their teachers.

There are many other events taking place over the weekend, including family workshops, poetry, street entertainment, craft Market, talks and a wide range of music and film. Please check out our website, www.cashelartsfest.com and find us on social media to see the array of events that we have to offer! Brochures with a programme of events can also be found in local businesses.