COLUMN: ‘It's a long time since I’ve witnessed someone eat a pig’s head’

Billy writing in this week's Nationalist 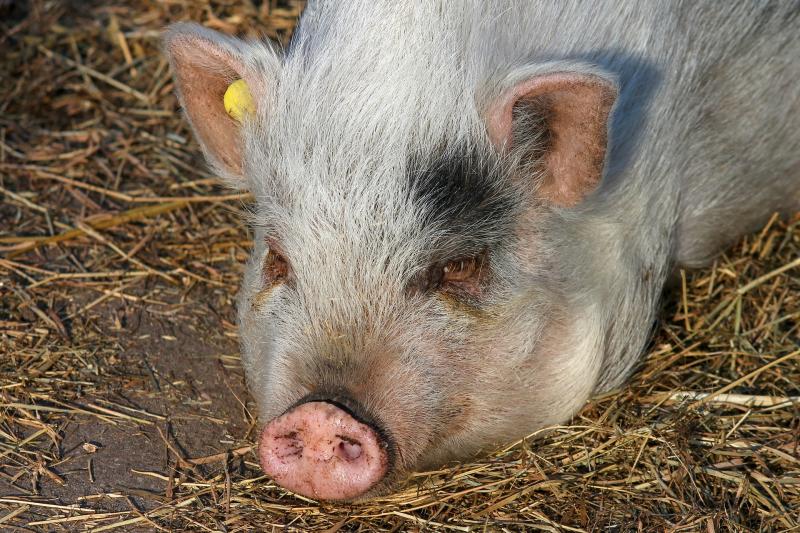 I remember a time when crubeens could be purchased in all good local chippers.

I remember a time when crubeens could be purchased in all good local chippers.

How culinary habits have transformed in recent years and left us with more European/Asian tastes is plain for all to see.

There was a time when fridges across the county were crammed with the hearts, brains, kidneys and tongues of animals to which; no one batted an eyelid.

In fact, unbeknownst to our forefathers these foods were “superfoods” packed with iron, vitamins and minerals.

A childhood memory is watching my uncle Paddy strip layers of skin from a pig’s head (cooked of course) as the headless creature sat staring back at us. I declined to partake on the grounds that I refused to eat anything that stared back at me.

Eating the heads of animals fell out of favour with the townsfolk with the arrival of the 1980s.

After the great ‘Bacon ‘n’ Cabbage’ resurgence of 1985 had subsided, our taste buds embraced the arrival of more sophisticated choices, with fast food and high street supermarkets making an appearance on the urban landscape.

The only time we had observed rice eating was in old war movies, when captors had been forced to eat this “foreign food” at the point of a bayonet in some Prisoner of War camp.

As for cheeseburgers and fries, these were the stuff of dreams.

Only seen in American movies when gangsters stopped at roadside diners in the hope of avoiding the local sheriff who’s unfortunate deputy (soon to be brown bread) happened to be drinking his morning coffee.

We did have coffee here in Clonmel, but it was never dispensed from those fancy American style glass jugs and it was never consumed in the copious amounts like our American friends.

At the start of the 1990s a rumour spread like wildfire throughout the town and county that something called a panini had made an appearance.

When this object of curiosity was described to the citizens of Clonmel, loud gasps, fainting fits with cries of “impossible” reverberated around the town for weeks.

It took some of our town folk until at least 1997 to accept the concept that you could actually grill bread.

Placing fillings between two slices of bread beyond cheese, ham or chicken threw many into turmoil and into a state of shock to which some have never recovered.

The arrival of the baguette in town in 1998 was the last straw for many who took to the hills and have never been seen since.

Drinks were standard growing up.

For the kids and the wives it was ‘minerals’ in pubs and the men drank Guinness, usually. Wine was only drunk by priests or Hollywood stars.

My father, ever the one for gadgets, arrived home one day with a wondrous object called a “Soda Stream” which was a device to make your own lemonade. I’m sure many of you out there had one of these prized objects back in the day.

The process involved placing a gas cylinder the size of an oxygen tank, filled with gas (perfectly safe for children) into a machine; then you filled the bottles with cordial, gassed them up and drank until you were giddy with sugar.

The cordial ran out in no time, then you drank fizzy water for the remainder of the week.
How we didn’t end up with glass embedded in our faces from filling glass bottles with gas all day, is nothing short of a miracle.

The novelty soon wore off and maybe Dad realised that putting gas and cordial together could be done more economically and safely in somewhere called a factory.

It was fun at the time.

My uncle Paddy sitting under a cloud of Players’ cigarettes while picking at a pig’s head is one of my abiding childhood memories.

I’m sure this was a normal childhood experience.

I turned out alright, didn’t I?