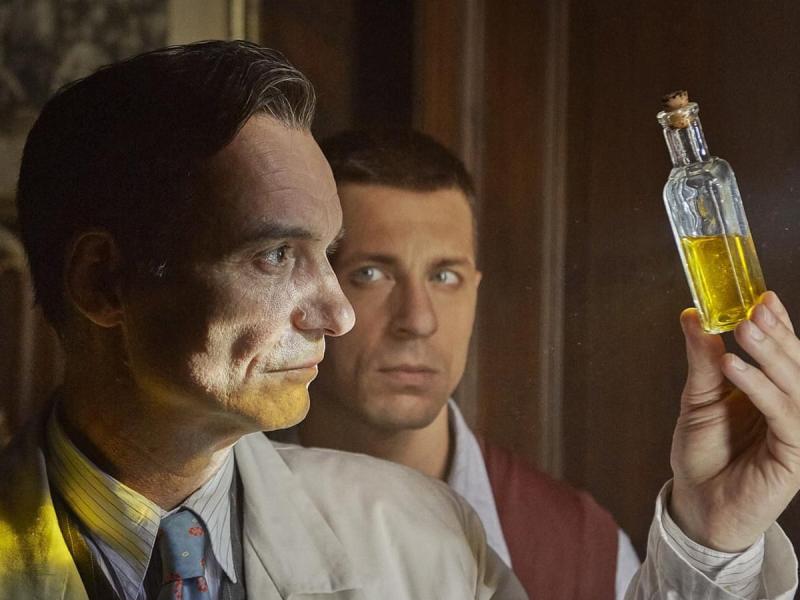 A brilliant, self-taught Czech healer who cured millions with herbal medicine is threatened by the Communist authorities in the late 1950s in Agnieszka Holland’s freely inspired biopic 'Charlatan.'

Inspired by the true story of herbalist Jan Mikolasek, who dedicated his life to caring for the sick in spite of the immense obstacles he faced in his private and public life.

Born at the turn of the 20th century, Mikolasek wins fame and fortune using unorthodox treatment methods to cure a wide range of diseases. Already a local institution in Czechoslovakia before World War II, the healer gains in reputation and wealth whether during the Nazi occupation or under the Communist rule. One after the other, every regime will want to use his skills and in return gives him protection. But how high shall be the costs to maintain this status as the tide turns?

Meanwhile, singer – songwriter Eoin Ryan Anthony of Seskin Lane and Cait Ryan Anthony will join us to perform a set of songs newly written over lockdown. The songs are of nature and the environment all around us.

With Eoin on guitar, multi-instrumentalist Cait enhances the songs with colour. Eoin says: “It will be special to play in front of a live audience again after so long away, especially with these new songs. There’s nothing better than sharing the live experience with  the listener.”