In 1981, the hunger strikers in Long Kesh gaol set out on their campaign which was centred around the “Five Demands” 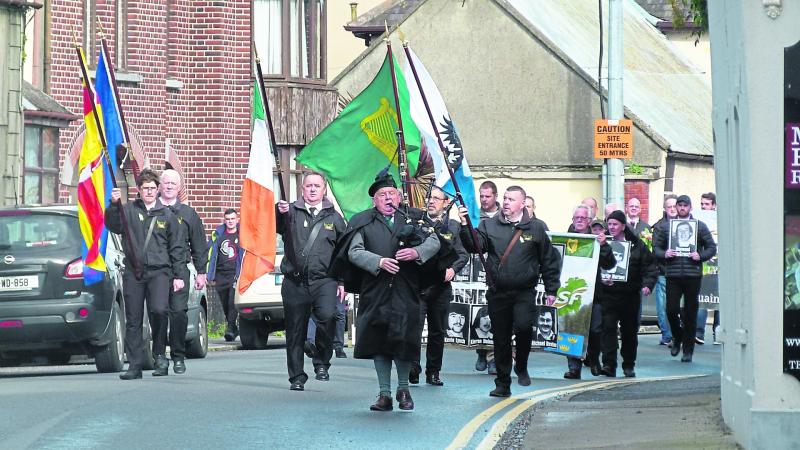 Sinn Féin Tiobraid Árann held a commemorative event in Thurles town recently to mark 40 years to the day of the ending of the 1981 Hunger Strike campaign.

In 1981, the hunger strikers in Long Kesh gaol set out on their campaign which was centred around the “Five Demands”:

1. The right not to wear a prison uniform; 2. The right not to do prison work; 3. The right of free association with other prisoners, and to organise educational and recreational pursuits; 4. The right to one visit, one letter and one parcel per week; 5. The full restoration of remission lost through protest.
The Hunger Strike campaign mobilised a huge number of people from many different political persuasions across the whole of Ireland. The emotive events of 1981 were a huge watershed moment, and one which still resonates today.

Despite the hardship of their suffering, the hunger strikers carried out their campaign with resolve and dignity.

Sinn Féin Tiobraid Árann were honoured to host this event and extends their regards to all those who attended from near and far and to all those who helped out on the day in any small way at all.
Cathal Heaney of Cahir Sinn Féin was the chairperson for the day’s events. Councillor Andy Gladney of South Carlow Sinn Féin laid a wreath at the 1798 monument in Thurles square during the procession.

The Hunger Strike Roll of Honour 1974-1981 was read by the Cathaoirleach of Cahir Sinn Féin, Ciarán McConigley. Bobby Sands’ poem, “The Rhythm of Time” was recited by Eamon Ó Gríofa of Thurles Sinn Féin. Ciara McCormack delivered a poignant oration on the day recalling the events of 1981 and the individual stories of each of the hunger strikers who perished.