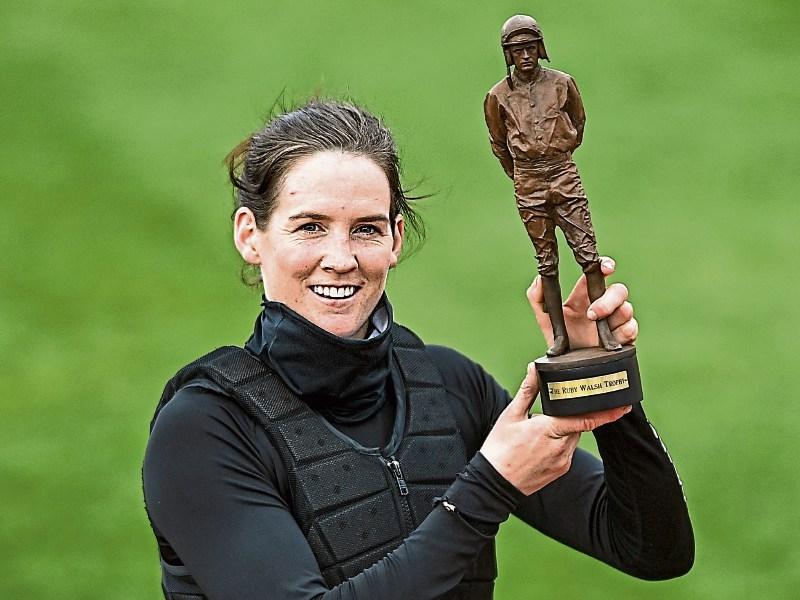 Tipperary racehorse champion Rachael Blackmore has tightened her grip on favouritism to be crowned RTÉ Sportsperson of the Year.

The talented jockey will be honoured with the 2021 Irish Racing Hero Award at the annual Horse Racing Ireland Awards next month and punters are starting to rally behind her to bag the RTÉ award too.

Rachael had a fantastic Cheltenham Festival in March where she became the first woman to claim the Leading Jockey title with six winners, a figure that has only been topped by Ruby Walsh.

A few weeks later, Blackmore became the first woman to ride the winner of the Aintree Grand National on board Minella Times, which resulted in her RTÉ Sportsperson of the Year claims shortening significantly.

The race for the award soon took a twist however when Kellie Harrington won gold at the Tokyo Olympics, seeing her odds of bagging the RTÉ gong crumble into 5/4 from 100/1, with Blackmore eased to 4/6 from 1/100.

That all changed on Wednesday however with Blackmore now back into 8/15 following her Hero Award with Harrington eased to 13/8 in the latest betting.

Sarah Kinsella, spokesperson for BoyleSports said: “What a year it has been for Rachael Blackmore. From Cheltenham to Aintree and then to bounce back from a nasty injury. The Hero Award is well-deserved and it has resulted in her RTÉ Sportsperson of the Year chances shortening into 8/15 from 4/6, so it could be a tremendous end to what has been a momentous 2021.”