The Year of 21, closed its very successful run on November 19 at the Abymill, Fethard. 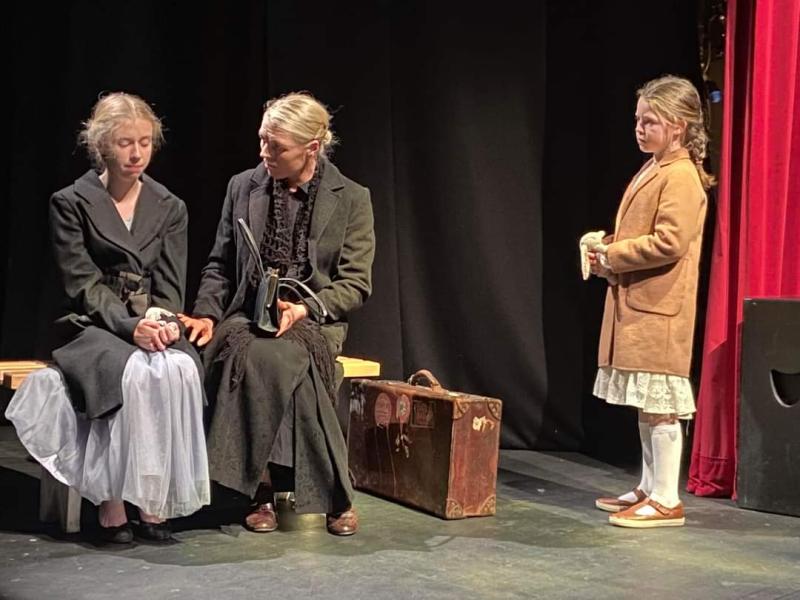 The play, The Year of 21, closed its very successful run on November 19 at the Abymill, Fethard. A full house and the play went down a treat every where it went. Thanks to everyone who supported the Fionn MacCumhaill Players yet again.

The play, written by Brian Clancy and directed by Anne Williamson, was a huge success and dealt with life in 1921 in Cloneen. Based on a true story in history of the shooting of George Lysaght played so well by Pat Egan. Great performances also from Debbie Duggan Grace O'Meara and Lily Clancy as the Lysaght family. The house staff were only brilliant bringing humour to an otherwise serious play.

Esther Byrne James St John and Conor Kelly as Bridget Lowry Mick Lowry and Matt Delaney. Toddy Mc Namara and Mark FitzGerald were hilarious as Widgery and Goggy the farmhands. The Volunteers, Joe Strappe and Peggy O'Brien, were trigger happy but did their duty. While Gerry Dorney was the very officious Mr. Shee.

Narration by Labhaoise Mc Namara was wonderful depicting a Mother Ireland figure watching over the scenes. John Norton as Fr O'Brien had the audience glued to him in the spotlight and reminded us the fear brought to so many a soul in the church years ago. Rody Delaney, the nasty character in the play, was played to perfection by Eugene O'Meara and Will Condon as Dinny and Alan Bourke as Ryan had the audience in the palm of their hands.

A great night's entertainment and a great play they had its timing perfect before the dreaded covid started to come back.