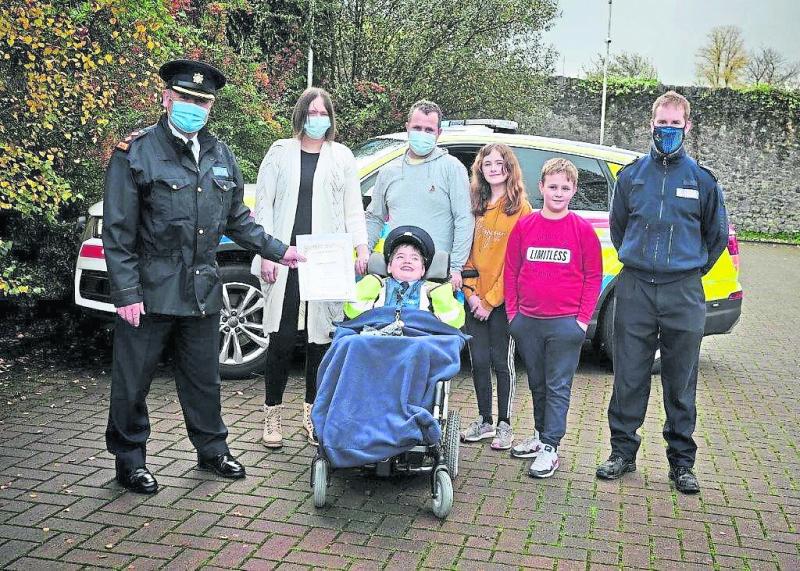 Thurles Community Policing Unit, through the work of Garda Dan Brennan, welcomed two new Honorary Gardaí to the Thurles District with the support of the Little Blue Heroes Foundation.

Chief Superintendent Derek Smart presented a certificate of appreciation and an engraved medal to Danny Molloy, aged 7, who resides in Killenaule and Mikey Doran, aged 3, who resides in Monakeeba, Thurles as our two new recruits.

Alex Butler, who was the District’s first Honorary Garda also received a certificate of appreciation and a Medal from Chief Superintendent Smart. Each Honorary member were joined by their families at this event.