'Santa was flown into the old Oakville by helicopter,' Clonmel Christmas memories 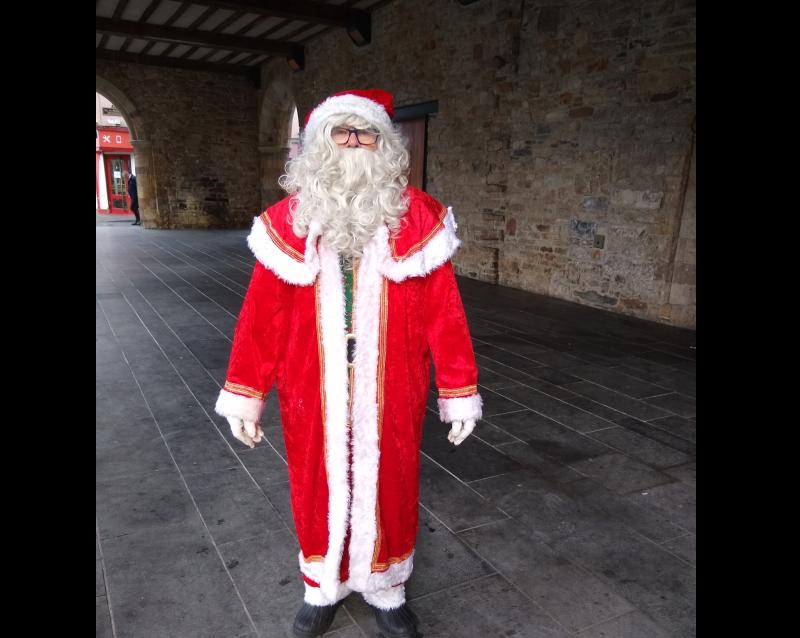 This week is all about sharing Christmas memories, writes Billy O’Riordan. So, without further ado, it’s over to you folks. I’d like to begin our trip down memory lane with Thomas Ryan.

Thomas shares a vivid memory of going to watch Santa turning on the Christmas lights in O’Connell Street. He recalls Santa arriving by horse and cart and sometimes aboard a motorcycle. Thomas remembers another occasion when: “Santa was flown into the old Oakville and came in by helicopter and landed on the Green in Shamrock Hill, great memories.”

Catherine enjoys the “slow down and recharge at the end of year”. Similarly to Thomas, Catherine has a vivid recollection of Santa’s arrival by helicopter in Oakville. Catherine describes the occasion wonderfully: “As a child, I remember the excitement of Santa arriving by helicopter and the never ending queue. Unperturbed, feeling like Willie Wonka waving a golden ticket in the frosty bite of December.”

Richie has strong memories of his late father winning at the cards and returning with his bounty, a turkey. Richie points to the workload of Irish mothers at this time of year with: “My mother busily preparing the stuffing for the turkey late on Christmas Eve and getting herself ready to attend midnight mass”. Richie’s Mam also made sure that: “Santa was looked after for me, Simon, Michael and sister Liz, not an easy time for the Irish mammy and that’s the biggest understatement of the year.”

Brigid did something in the kitchen that appears to be a common mistake at this time of year. Brigid will explain it better than I: “Early on Christmas morning it came to unwrapping the opaque butchers wrapping off the turkey. I stared at the pink flesh for a moment in disbelief as it dawned on me that the turkey should not be that colour even if it was uncooked. Yes, you guessed it. I had soaked the turkey crown overnight by mistake.” Brigid’s ham on the other hand was a tad salty. We live and learn.

Amy is the official cook at Christmas time for her family. Her Mam’s culinary skills are lacking, so each year Amy takes charge of the festive feast. With good reason: “After several years of raw turkey, apple tarts without the apple, and roast potatoes that would break your teeth, it was time I put on my apron and took one for the team.” On one festive occasion Amy recalls her Mam saying: “That’s a gorgeous looking turkey.” Amy replied: “That’s a ham Mam. I love you very much but that’s a ham and I think you need to relax…You are the light of my life and I love you.”

Dave grew up on the Mountain Road and he recalls building snowmen, snow angels and many a snowball fight. He reminiscences on another memory: “Another vivid memory of Christmas in Clonmel is walking by Allen’s (shop) on O’Connell Street and getting a fright from the Santa tapping on the window…my heart skipped a beat and I yelled: ‘Mam, it’s Santa’ she just laughed because it really is the little memories that all of us treasure during the Christmas holidays.”

Sharon recalls a funny incident involving Santa: “When the kids were younger we went to see Santa in Clonmel. He arrived by motorbike, music playing when all of a sudden; boom, he was on the ground, kids crying, parents laughing, Santa embarrassed. It was one of my funniest Christmas memories.” Sharon also remembers Christmas 2020, driving through a silent town whilst making a Christmas video for ‘Clonmel Stories’ with the town being so eerily quiet, because of Government restrictions.

Alan’s most memorable Christmas gift was given to him on his tenth birthday. His father had secretly arranged for an old garden shed to be converted into a workshop. His mother did the rest: “My mother arranged for a treasure hunt of clues on Christmas morning. These were written on scraps of paper which were hidden all over the place, one clue leading to another until the final clue led us, shaking with excitement to open the door of the shed revealing its treasure…we’ve all turned out fairly handy at DIY and each of us has inherited bits and pieces form the original toolkit which continue to bring back memories of that special Christmas Day.”

Mia’s Christmas memory pulls at the heartstrings. The year was 2004, just a year after her brother, Johnny had died. Mia’s son Jack (9) picking up on Mam’s sorrow, darted off to Boot’s chemist and Mia describes the rest of the story: “ Home, shopping put away, dinner gets made, we finally sit down for a movie. Jack runs upstairs, comes down with his package, hands it to me, sellotape in abundance. I feel the tears welling up as the paper falls open to reveal Bagpuss, my childhood hero, now in commercial hot water cover status, Jack smiled and said: ‘ Happy Christmas Mammy, it’ll be ok..’”

“Christmas morning, mid 1970s. I’m running with Jack Bergin and Johnny Ryan. Route is the Cannon Wood, Holy Year Cross, Carey’s Castle and home. We each fail to clear the fast running stream in Glenary and get badly soaked.
We laugh at each other’s misfortune. Exiting woods back on to the road, a group of people are gathered outside a whitewashed cottage. A hearse is parked and celebrations turn to commiserations.
“An elderly man died in an overnight tragedy.”

“Street lights flickering on, home time for us tired muddled children. A hard day’s adventuring had, trawling through fields and playing by the French man’s stream. Fed, bathed and fresh pyjamas, the fires heat tickling and warming my toes as my mother brushes my hair. The smell of my grandmother’s latticed jam tarts baking as she hummed to the Christmas carols on the radio. All was good.”