COLUMN: 'Is it is the festive season, I will share my top travel tip with you...'

This week's Travel Tales with Fergal 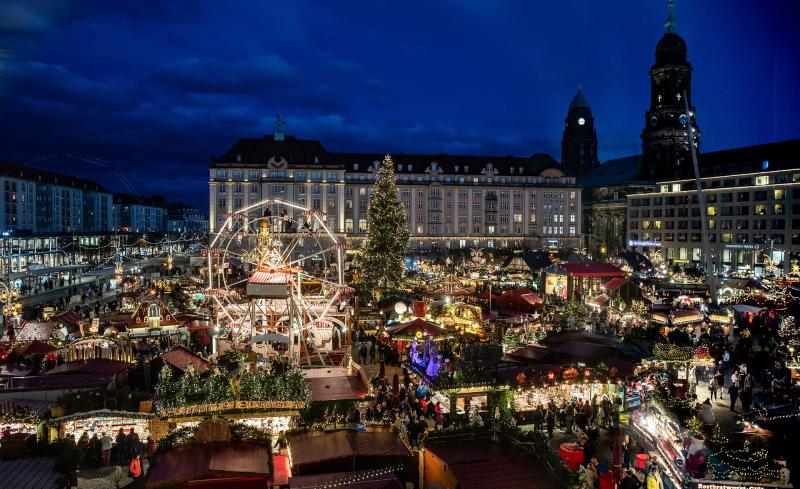 There are few places that do Christmas festive cheer better than the world-renowned Christmas markets in Germany.

As it is the festive season, I’ll share my top travel tip - which is to tell your hotel beforehand that it is either your birthday or an anniversary, even if it’s not.

They will often do something nice for you. I discovered this trick by accident when I was visiting Berlin to see the city’s famous Christmas markets a few years ago.

I had mentioned in passing that we were staying to celebrate my aunt’s birthday. When we arrived, my aunt was delighted to find a huge freshly baked chocolate cake with candles, from the hotel’s own Michelin starred restaurant, waiting for her in her room.

A great way to start a weekend in Berlin; you’d have to agree.

There are few places that do Christmas festive cheer better than the world-renowned Christmas markets in Germany.
The snow-capped wooden huts, bright twinkling Christmas trees with lights and ornaments, the sound from brass bands, the cinnamon scented smell from Glühwein and the hot hogs are all back this Christmas

This has been greeted with much joy and fanfare as all of Germany’s medieval town squares remained empty last year. Even the world famous Nuremberg Christmas market was cancelled for the first time since WWII last year.

Christmas markets, a much-loved tradition in Germany, have been taking place in towns and villages since the 14th century when stallholders gather to sell seasonal foods, drinks, crafts and ornaments to celebrate Christmas.

Germany has over 3,000 Christmas markets and they are an important part of the economy bringing in over €3 billion every year.

The most famous cities to host markets are Berlin, Cologne, Munich, Dresden and Nuremberg. All these cities are a great option for a festive city break to soak up the Christmas atmosphere in November or December. This can be combined with a city break and some festive present shopping too.

Every German city has its own market with its own unique characteristics. Nuremberg’s sprawling, bustling

Christkindlesmarkt, is one of Germany’s best known holiday markets and traditionally the biggest tourist draw.

Cologne is one of the most picturesque being situated in the shadow of one of the world’s most beautiful Gothic cathedrals.

Cologne’s market is famous for its live entertainment with over 100 stage performances throughout December.
Dresden’s market is said to be the oldest in Germany, with the first event approved by Frederick II, Elector of Saxony, in 1434 and it has been taking place ever since.

Many traditions, from Advent calendars to Christmas trees, are thought to have originated in Germany. Protestant reformer Martin Luther is often credited with being the first to put lights on the Christmas tree, after a night-time stroll through a German forest under a starry sky.

Christmas markets started off in medieval times to help small local artisans and farmers sell their wares on religious feast days around the local church. This eventually grew from a few days to the whole month of December.

The markets grew and became ever more popular until the 19th century with the rise of the working and middle classes. Then the large department stores agitated to get the markets moved to the outskirts of cities as they viewed them as unfair competition.

The markets went out of popularity as a result.

It took the Nazi party in the 1930s to revive the markets’ fortunes by moving them back into city centres. The Nazi saw the propaganda benefits of selling German made goods and restoring German national nostalgia.

This move revived the markets and they have grown in popularity ever since. A fact that was brushed under the carpet after the war.

My recommendation is to go to Berlin where there are many festive markets with one for every taste.

The German capital is also a wonderful city to visit with great history, museums and entertainment.

The biggest and most famous Berlin Christmas market is the Winterwelt in the Potsdamer Platz which transforms into a gigantic winter wonderland.

The Gendarmenmarkt is one of the most beautiful markets in Berlin with a great traditional Christmas feel with regular choir recitals and it is famous for its handmade crafts on sale.

There is so much to do with lots of great restaurants, bars and clubs. If you were so inclined you could try to go to the Berghain nightclub, which is the most famous in the world and now a Government protected business. It is also the hardest disco to get into in the world, they say.

Because the traditional markets and winter festivals are so ingrained in Berlin life, you will find lots of entertainment throughout the city every night in December. A visit to a Christmas market in Berlin is a brilliant way to ring in the Christmas season in style.

Fergal O’Keeffe hosts the Travel Tales with Fergal Podcast and there are three seasons on his www.traveltaleswithfergal.ie website for some great Christmas listening during those walks after the Christmas dinner.