OBITUARY: One of nature's gentlemen who enjoyed his own life to the full 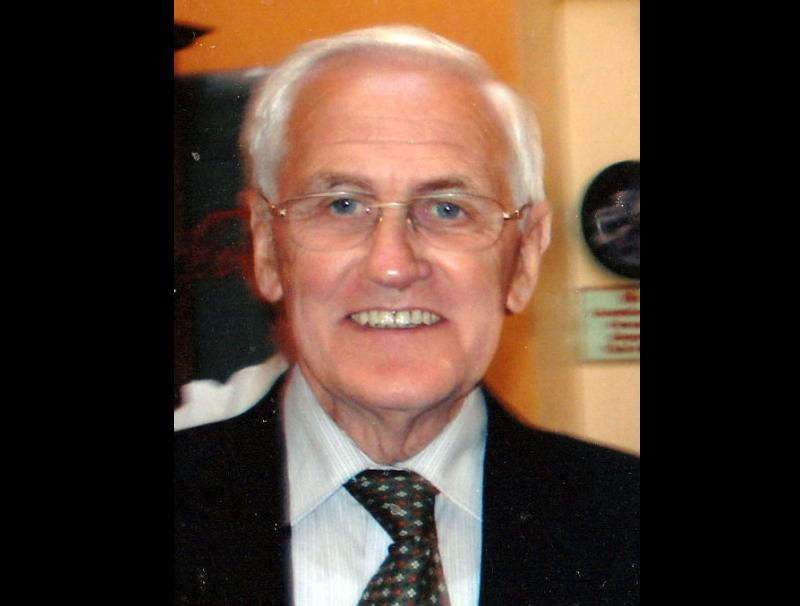 Mayor of Clonmel, Cllr Michael Murphy, has described the late John Cooney as one of nature’s gentlemen, a big-hearted and generous man who endeared himself to one and all through his many and various activities.

John, originally from Suir Island and later Tower House, New Quay, Clonmel, was active in many organisations throughout his 89 years up to the time of his death on November 30.

“His ever eagerness to be of service won the respect and affection of all whom he came in contact with. There was nothing small or niggardly about him and all of his many activities showed his sterling worth,” said Cllr Murphy in a moving tribute to John at his funeral Mass in Ss Peter and Paul’s Church.

He remembered John as a hugely committed member of his own party, Fine Gael, and he was president of the local Clonmel branch at the time of his death.

His caring nature also drew him to the less well off in society and he was a tireless worker for the Society of St Vincent de Paul.

An active sportsman throughout his life, he excelled at rugby in his school days and later in life it was tennis that became his chosen sport, playing to a high standard up to his eighties.

His father was a native of county Clare who came to Clonmel in 1908 where he was employed on the clerical staff of the old Clonmel Creamery based at Suir Island.

While John was actually born in Clonmel in 1932, the family were living in the Curragh Camp at the time.

John went to school in Blackrock College where he excelled at rugby for the college and Leinster teams, and in the 1940s the family moved to Clonmel and settled initially in Anne Street.

The family later moved to Suir Island House where they operated a very successful market garden business from about 1943 onwards.

There had been a family connection with Suir Island House as John’s grandfather, Michael Cleary of the Old Bridge, who died in 1939, had worked for the Grubb family when they were in residence at Suir Island House and had acted as caretaker of the property on Suir Island.

John inherited the market garden business established by his parents and maintained it as a thriving business.

He had four huge grow tunnels on Suir Island where he grew his vegetables.

The Cooney family were long associated with Fine Gael in the town. Major Cooney was a very prominent member of the Fine Gael party in Clonmel and for many years was Director of Elections for the party in South Tipperary.

John’s mother, Helen, a member of the Cleary family of the Old Bridge, had been a member of Cumann na mBan and also had served on the Belfast Boycott Committee.

John remained an active member of the party until failing health curtailed his activities in later years, although he remained as branch President up to the time of his death.

He was a loyal and humble supporter of the party. He was a regular visitor to Béal na Bláth in County Cork for the annual Michael Collins commemoration every August.

In 1967 John was nominated by Tipperary (South Riding) County Council to serve on the Tipperary Mental Health Board, which was responsible for St Luke’s Hospital in Clonmel. He served on the Board until it was dissolved in 1971 and its functions transferred to the South Eastern Health Board.

Sport was a huge part of John’s life and he was keen and competitive at whatever discipline he chose.

He joined South Tipperary Lawn Tennis Club at an early age and enjoyed many years playing at its Davis Road grounds before its closure.

He then joined Hillview Sports Club on Mountain Road where he remained a member all his life and was always ready to pass on support and advice to younger members.

His tennis prowess saw him represent Munster in the Veterans Inter-provincials at events in Dublin and Belfast. He used his free travel pass to get to many of the venues and despite his own political allegiances, was happy to acknowledge the role of Charlie Haughey in introducing the scheme!

He also played pitch and putt at Hillview until illness forced him to give it up.

He was also an active member of the Peaks Mountaineering Club as well as a keen fisherman, particularly proud of a 29lb salmon he landed at Suir Island in 1960.
While all of his business and social activity was going on, John never forgot the less well off in society.

His Christianity was expressed in a practical way by his active involvement in the Society of St Vincent de Paul for many years.

He made many house calls to people in difficulty and he remained, at his death, the longest-serving member of the Society in Clonmel.

His record in this respect was acknowledged when Bishop William Lee, Bishop of Waterford and Lismore, presented the Benemerenti medal from Pope Benedict XVI to John in Ss Peter and Paul’s church in 2009 to mark his 50 years of service at that time.

He was also a life-long member of the Pioneer Total Abstinence Association and participated in many events organised by that organisation.

The Cooney family home and its location at the historic Suir Island, in the heart of the town with its sight and sounds of the river, was always a place of great affection for John.

He was acutely aware of the rich industrial history established by the Quaker industrialists of times gone by and of the natural beauty which surrounded his home.

It had been home to one of the most significant milling complexes in the country, as well as a tannery and milk processing plant, known locally as the Creamery, where his father had worked.

His own house had been home to Margaret Power, Countess of Blessington, who gave her name to the weir at the Old Bridge known as Lady Blessington’s Bath. In fact, it was John who, in 1986, unearthed a legal document which proved beyond doubt the validity of the popular assertion of the association of this lady with Suir Island.

John’s home at Suir Island House, erected in about 1760, served as the miller’s house and was significant for its associations with the extensive milling industry on Suir Island. It was a substantial, three-storey building in a pleasant riverside setting.

In the late 1990s he moved from Suir Island to a modern apartment in Tower House on New Quay, and it pained him when Suir Island House was extensively damaged by fire in 2003.

John was predeceased by his only brother Michael, who emigrated to Australia where he married Judy and raised his family; and by his only sister Claire who entered the religious life as a nun with the Cross and Passion Sisters and who spent many years teaching in Chile.

John Cooney led a remarkable and full life up to his ninetieth year and is fondly remembered by his many friends and all those whom he came into contact with through his involvement with so many organisations in his home town.

As Mayor Michael Murphy recalled, he was a man of high principle and strong character and while he may have disagreed with you in discussion on a particular topic, he never took it personally and never fell out with anyone over a disagreement.

John died on November 30, 2021, peacefully, in the tender care of the wonderful staff at Rathkeevan Nursing Home and will be sadly missed by his sister-in-law, nieces, cousins, relatives and his many friends.

He was buried in St Patrick’s Cemetery following Requiem Mass in Ss Peter and Paul’s Church. Written by Michael Heverin