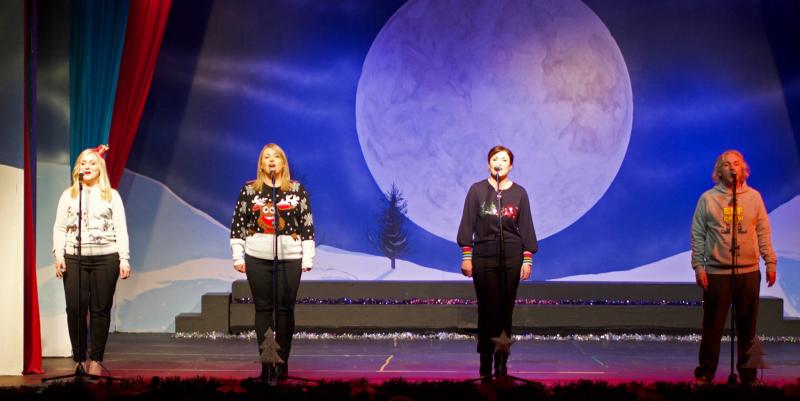 Carrick-on-Suir Musical Society is to stage a number of fundraising concerts for the Strand Theatre building fund this year but has no plans at this stage for a large scale musical production due to the continuing Covid pandemic restrictions.
Caolan Deehy-Power, the Musical Society’s PRO, said at the moment the restrictions on the number of people who can attend theatre performances means the society would suffer a massive financial loss if it staged a musical.
Productions such as the Musical Society’s last annual show Oklahoma that finished its run just before the first lockdown in 2020, are costly to stage and take months to prepare and rehearse.
Instead, Mr Deehy-Power said the society will stage a number of fundraising concerts in aid of the Strand Theatre this year similar to the We Need a Little Christmas show staged at the theatre the week before Christmas. That concert took place on December 18 after the Christmas Tractors of Carrick-on-Suir Parade and featured members of the society singing well known Christmas carols and hit songs with guest singer Derek Ryan.
Mr Deehy-Power thanked Tipperary County Council and the Department of Tourism, Culture, Arts Gaeltacht, Sport and Media for funding that enabled the Musical Society stage this concert.
This meant any money the show raised went straight to the Strand Theatre Building Fund. He said the society is considering staging a fundraising show in March but no firm plans are in place as yet.
The society’s Academy of Performing Arts resumed for six weeks before Christmas and while it’s reopening post Christmas has been delayed due to the Omicron wave of Covid-19 there are plans to get it back up and running when the current crisis has abated.