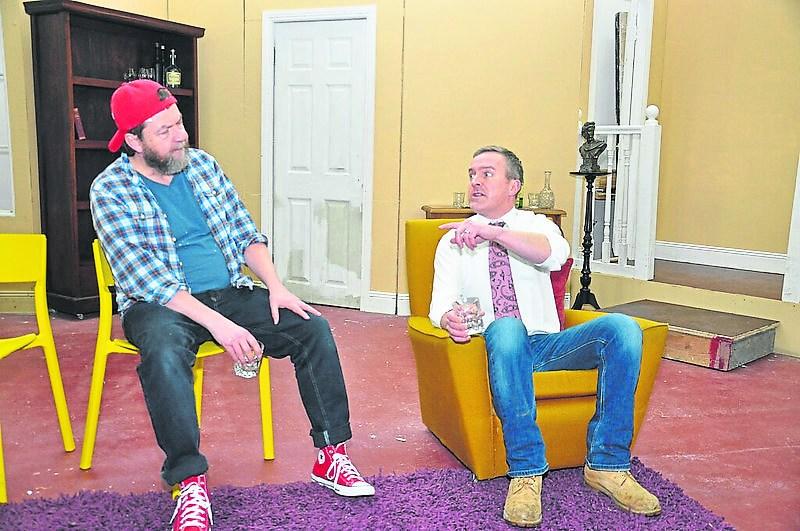 Many readers will remember this very funny and popular TV sit-com from the 1970s and early 80s. Based on the original play, the plot revolves around two men separated from their wives who end up sharing an apartment in New York.

Oscar Madison and Felix Ungar are unlikely bedfellows to say the least as one (Oscar) is a complete slob and the other (Felix) is an obsessive tidy freak. Both men drive each other crazy and the comedy and hilarity of the play emerges from this extreme personality conflict.

Neil Simon is no stranger to this type of claustrophobic intensity in his plays, many of which became very successful movies such as, Barefoot in the Park, The Goodbye Girl and The Prisoner of Second Avenue. The Odd Couple, is built squarely on the collision of opposites. Oscar Madison is a divorced sportswriter living alone, who hosts five friends for a weekly poker game, including his good friend Felix Ungar.

In the first scene, Felix, usually quite punctual, arrives hours late in emotional distress, with the horrific news that his wife kicked him out. Oscar invites Felix to become his roommate, and the “odd couple” is formed. Their relationship is implicitly a send-up of marriage in an age of rising divorce rates and precarious gender roles. The bachelor life is clearly threatened by Felix’s OCD behaviour. To break the tension Oscar suggests a double date with their upstairs neighbours, the Pigeon sisters. Felix reluctantly agrees.

However, Oscar’s plans for an intimate evening go all wrong as the Pigeons both take sisterly pity on the heartbroken Felix. The failed date leads to a major row between the two men and the only solution seems to be separation. In the end both Oscar and Felix reach a truce and some normality is restored. This all happens in within a script that is full of comic, moments, great one line jokes and a cast of very memorable characters.

Simon’s plays tend to be domestic comedies focusing on family life and relationships. Almost all are set in New York City and, explicitly or not, depict the concerns and values of middle-class, Jewish family life, writers and show business people.

Dealing with such themes as marriage, divorce, sexual liberation, and intergenerational conflict, Simon’s work effectively explores late twentieth century American lifestyles and values. As a former television writer and stand-up comedian, Simon uses wit and great one liners to lighten the play and make us laugh hilariously at situations that in real life are often not funny at all.