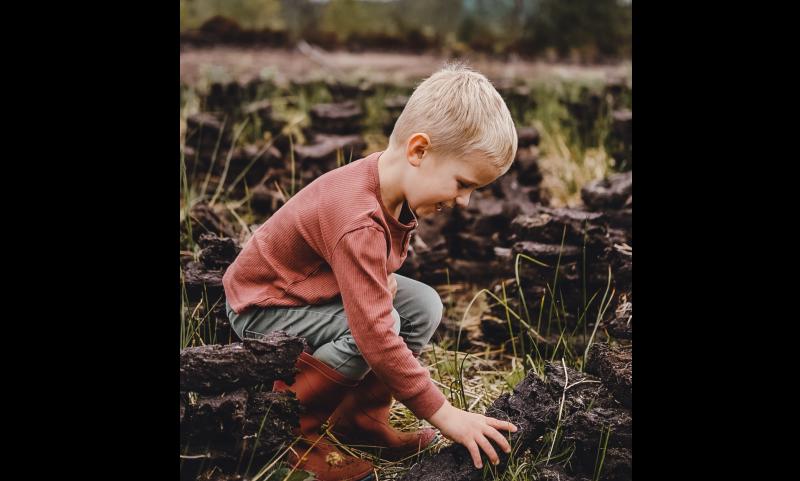 “Removing turf cutting from rural Ireland would be like removing wine from the French,” the row about turf cutting is heating up this week. I am part of one of those many rural families who still use turf to heat our home.

Every summer, we spend days footing and bringing home the turf. You earn it, you burn it.

On rain sodden nights in Winter, the sods of turf are much appreciated. Bogs may seem like flat barren lands, but they are important habitats for our native species and more importantly , they are incredible carbon sinks. In Ireland peatlands store 53% of all soil carbon on just 16% of the land area.

The argument for preserving our bogs is undeniable in a world where the climate crises will guide government policies.

Our children will probably be the last generation who experience summers on the bog and how delicious the tea and ham sandwiches taste out there!

Ireland has signed up to legally binding climate targets.

These obligations are disproportionately impacting rural dwellers. From agriculture to transport to fuel, we seem to be getting a lot of stick and very little carrot.

There is a lot of passion in arguments to ban turf use, but very little compassion for those who don’t have any other options.

Climate concerns aside, an excerpt from a 2020 EPA report stating that 1,300 people a year pass away prematurely due to air quality issues has been a major crux of the argument to ban turf and eventually fossil fuels.

But I have yet to hear mention of a study by the Irish Public Health (IPH) that has estimated an excess of 2800 deaths on the island of Ireland are related to fuel poverty.

Ireland continues to have one of the highest rates of Winter mortality related to fuel poverty in Europe. Couple this with the current fuel crises, inflation and more carbon taxes, the proposed September deadline is causing already vulnerable people a lot of worry.

We as a society are building the foundations of our climate transition.

A cornerstone of this is the concept of the “just transition”, but how just is it really? The issue is with how our government is choosing to approach climate action as a re-active rather than pro-active issue.

Continuous taxation/ banning without a viable alternative to hand is what’s at the heart of the problem for all of us in rural Ireland.

Before you take away people’s capacity to earn a livelihood or heat their homes, the alternative needs to be already there.

Not a pie in the sky policy on someone’s desk in Leinster house.

In this turf ban scenario, retro-fitting is regarded as the white horse that’s going to come in and save rural communities when we take away turf cutting.

But even with grants how many people living in rural homes especially those who are elderly, have handy 50 grand (or the capacity to afford loan repayments) to retrofit their home?

Should the obvious solution not be for the state to embark on a pro-active scheme where household owners over the age of 60 years with turbary rights and genuine lack of financial means be afforded a 100% grant to retrofit their homes. Reach out, engage and when completed, then ban the commercial cutting, sale and distribution of turf.

If people already have the alternative in situ, it’s an easier pill to swallow.

The tax money spent on a scheme like this would be an investment in our communities, our future rural housing stock and probably more cost effective than being dragged through European courts for not achieving our climate targets.

Turf cutting is this week’s pothole on the road to our 2030 targets. With turbulent times ahead, 8 years of mileage doesn’t seem like a grand stretch to cruise upon.