Promotion of Treaty Exhibition in Tipperary

Towards an Understanding of Mary MacSwiney: Trauma and the Brixton Hunger Strike of 1920 at The Source gallery on Tuesday May, 10 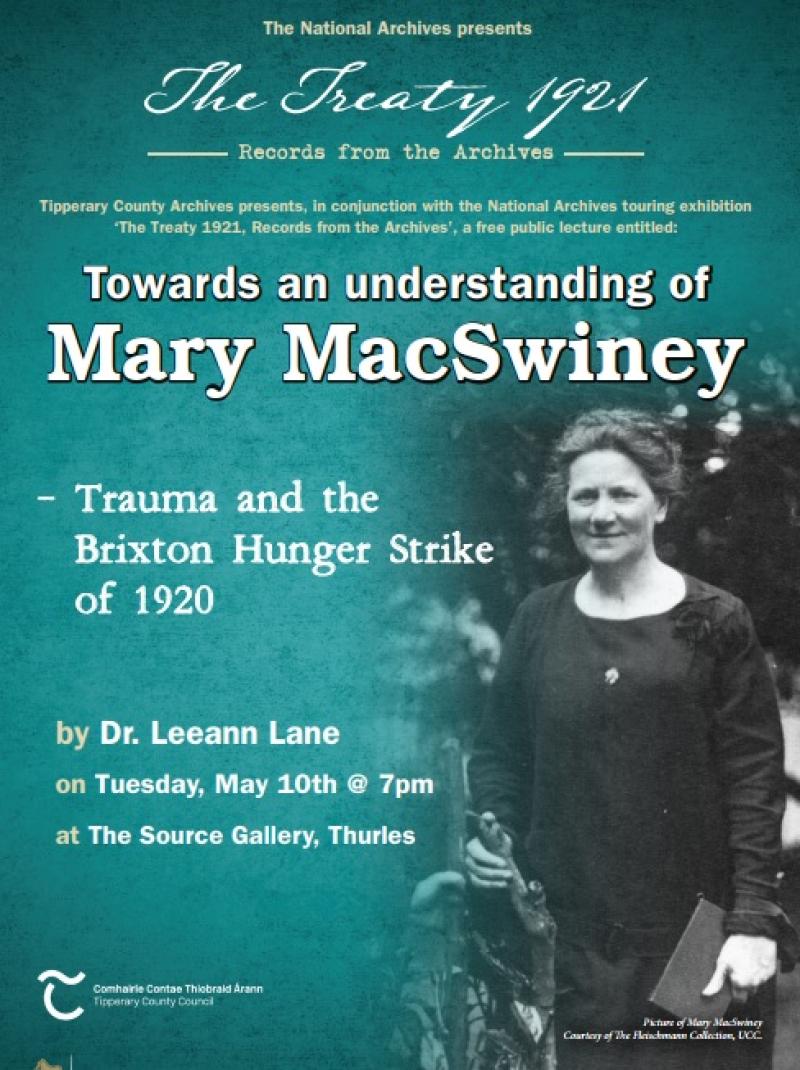 According to Dr Lane, an uncompromising stance on the Treaty negotiations was indelibly formed by the experience of watching her brother, Terence MacSwiney, die on hunger strike.

Dr Lane is currently working on a biography of Mary MacSwiney and we are very excited to be able to host her here in Tipperary in advance of that.

This talk is being held in conjunction with the major National Archives touring exhibition: The Treaty 1921 – Records from the Archives Exhibition following a three-month stint at Dublin Castle.

"As a county which played a pivotal role in the War of Independence, Tipperary is very glad to welcome this exhibition marking the centenary of the Treaty which brought that war to an end, and ushered in the difficult birth of the new Irish State.

"The Council’s Archives, Libraries and Heritage Services will complement the exhibition through the display of local archives and artefacts relating to the period and will promote public engagement among school students, the research community, and the people of Tipperary.

"We are very excited to play a part in making this landmark exhibition accessible to everyone.”