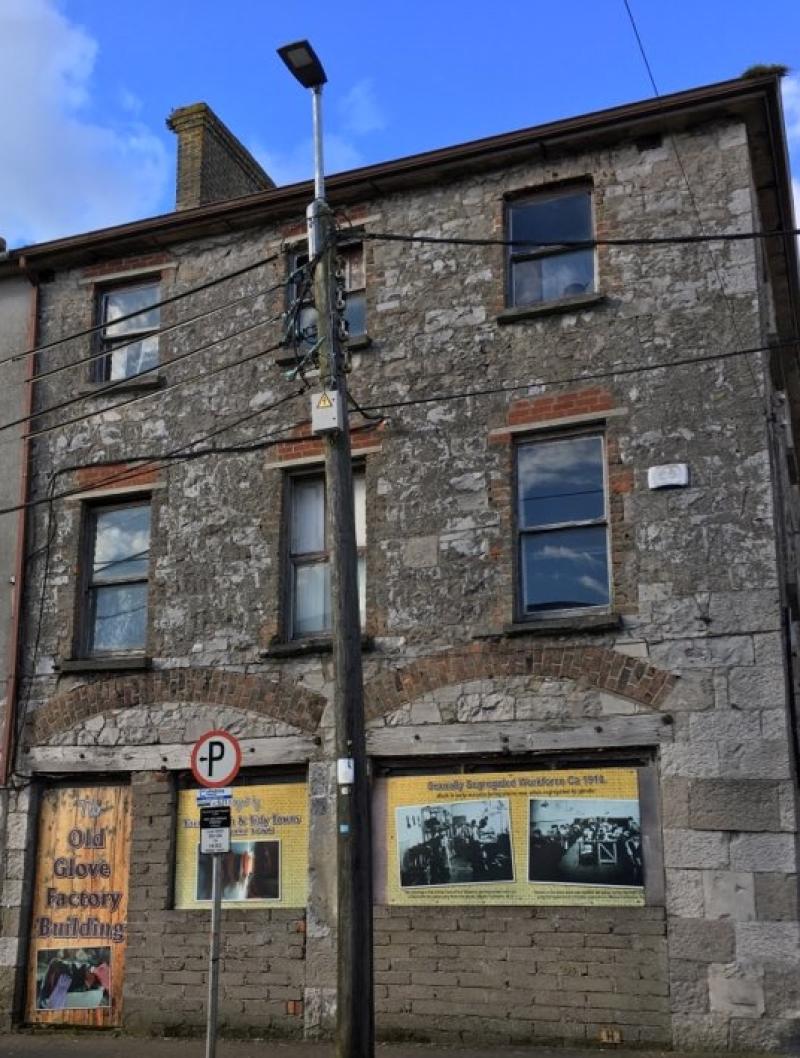 Building at the corner of John Street/James Street, which was formerly used as a glove factory

Tipperary Town Revitalisation Task Force has been awarded €15,900 by the Heritage Council under the Community Heritage Grant Scheme 2022.

The funding is towards an innovative project that will look to engage with young people in relation to the rich history of the town, while also producing a short film on the industrial history of Tipperary Town.

The project features two overlapping but distinct elements and will commence in the coming weeks.

The Task Force’s Heritage Group is teaming up with the Museum of Childhood Ireland to promote the importance of the town’s Architectural Conservation Area (ACA) and will explore the town’s rich industrial heritage through the eyes of its young people.

Particular focus will be on the story of the Glove Factory, preserving its historical footprint while building awareness of the value of a well-researched ACA.

It is hoped that this project will be considered by the local authority Planning Department when reviewing the ACA. In addition the project will seek to capture the town’s rich industrial heritage in a short film so that future generations can learn and benefit from this fascinating history.

The documentary and filmed re-enactment will recall the era of glove making in the town, and seek to educate and entertain the audience, young and old.

The nostalgic look back at a bygone era will also preserve the historical footprint of this industry as the building is re-developed.

The documentary film will feature a treasure trove of historical photographs and images, along with the recorded voices of people who worked in the factory or that of their children who recall their stories.

“I’m delighted to receive the offer of funding for this project which will preserve on screen the story of Tipperary Town’s industrial heritage with special emphasis on the glove industry for future generations,” said Mary Alice O’Connor.