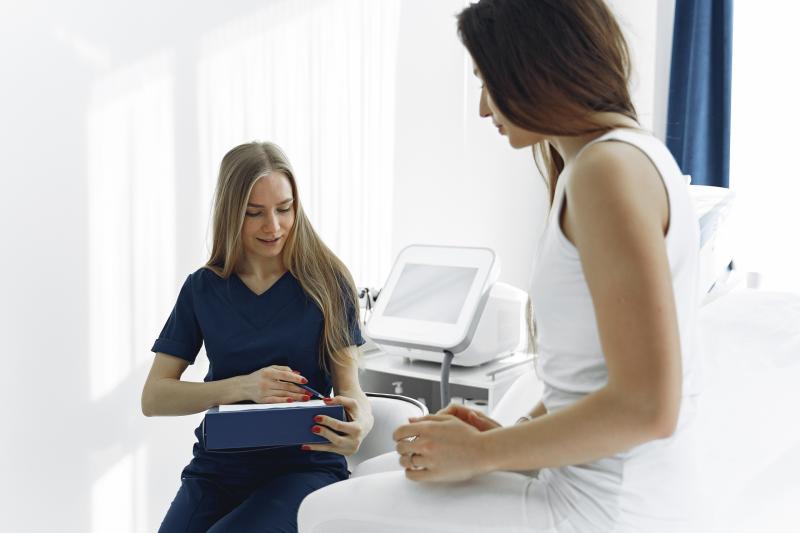 The Irish Hospital Consultants Association (IHCA) warns of risks to patients as waiting lists for outpatient gynaecology services remain high across the country.

The average wait time for those patients in Nenagh Hospital was 455 days as of March 2022.

This is according to figures provided in response to a parliamentary question asked by Longford–Westmeath TD Sorca Clarke to the Minister for Health on March 8 and cited today by the IHCA.

According to the same response, 272 women were waiting for an outpatient gynaecology appointment in Nenagh at the end of January.

Commenting on these figures today, the IHCA says that staff shortages and the pandemic have created 'a perfect storm'.

Chair of the Institute of Obstetricians and Gynaecologists, Professor Sam Coulter-Smith, explains what delays mean as part of the IHCA campaign, Care Can't Wait.

He says most gynaecological cancers are assessed and diagnosed in gynaecology services.

He has also said that the pandemic delayed appointments for many patients.

"So between this and the existing waiting lists, there is now a ripple effect of delays meaning it is taking some patients up to six or eight months to get assessed.

"This can be an issue, especially if gynaecological cancer is present, as delays to treatment can reduce the prognosis for that patient," said Professor Coulter-Smith.

In addition to the pandemic, the IHCA says that ageing facilities, lack of space and specialist teams compromise gynaecological Care.

This means delays in diagnosis and treatments of not just cancer but conditions like fibroids and endometriosis.

The IHCA also says it creates competition between obstetrics and gynaecology for the limited shared resources.

"Obstetrics and Gynaecology is one speciality, delivered by mostly the same people within the same institutions. With the increasing number of Obstetric patients, Gynaecology takes second place, as demand-led Obstetrics services take precedence. That's when you can see delays happen," said Professor Coulter-Smith.

Of the figures of concern to the IHCA, Nenagh had the third-highest waiting time.

Tallaght University Hospital was first with those on the list waiting an average of 652 days, and Ennis came second with 506 days.

In his response to the question put to him in March, the Minister for Health noted that the average wait time for most patients is not data collected by the National Treatment Purchase Fund (NTPF), which provided these figures.

These figures relate only to those on the waiting list at the time of response.

However, long waiting times are of great concern to the IHCA.

"In the Rotunda, we have a new ambulatory Gynaecology centre, which has been revamped to provide a gynae service, with day case hysteroscopy, clinics that allow patients to come and go without anaesthetic, have their investigation and possibly their treatment as well.

"That has taken some of the patients that would originally have gone to theatre and treated them on an outpatient basis. That's the sort of thing that will significantly help to reduce the waiting lists for gynae theatre – however, you need the space to develop that, and you need the staff to do it as well," said Professor Coulter Smith.

"The bigger teaching hospitals probably find it easier to recruit staff, because that's where most people want to come to work. The smaller hospitals around the country, where there's a more general service, and there isn't the same level of sub-specialisation, find it increasingly difficult to recruit and retain staff," said Professor Coulter-Smith.

And they're off! Tipperary Community Games first final of the year on Saturday