COLUMN: Sunday started with a vomit-filled cot and ended with pints in Dundrum

Darren Hassett writing in this week's Nationalist - on shelves from Wednesday 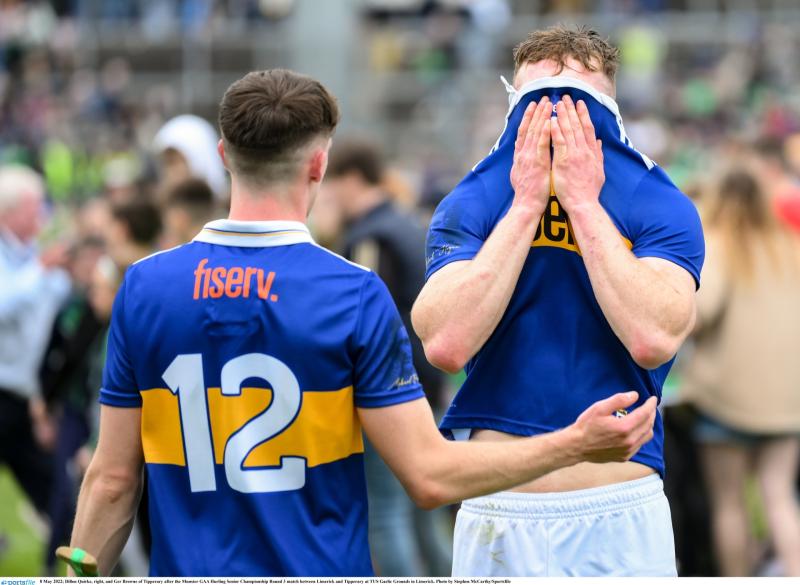 The Tipperary result did dampen the mood a little as we all headed off in different directions.

The weekend just gone was one of highs and lows. I worked most of Saturday morning and then went for a 5km run in my local gym around 2pm.

At 3pm, my wife and I decided to take our son, Jack, to a swimming pool in Kilkenny.

He hadn’t been to a pool in nearly a year and given our holiday to Spain in June, he needs to get used to the water. We’ve actually signed him up for swimming classes, but they won’t be on until after we come back from holidays.

So, we’re committing him to a pool trip a week until we fly off. Jack was very nervous when we got into the pool but as the 45 minutes ticked on, he loved it and we couldn’t get him out at the end of our slot.

He wanted to stay in, so we were delighted, mission accomplished.

It was good fun in the pool after Jack got settled but he swallowed a fair bit of water as he got braver.

Next came the showers and the drying in a family cubicle - which causes most parents to sweat so much they would need another shower after drying, putting clothes on and a nappy on the little ones.

We then met up with friends for dinner in an Italian restaurant. Jack ate everything from bolognese, to bruschetta, to garlic bread, and then finished his meal off with chips and dipped his fingers in ketchup and sucked it off.

He doesn’t like to dip his chips in ketchup, he prefers to dip his fingers. Jacko has a fair appetite, so what he ate wasn’t unusual.

I had him dancing outside the restaurant waiting for the rest of the lads to come out (song choice was Bruce Springsteen’s Waitin’ on a Sunny Day) and I couldn’t help but notice the gut on him. He had a serious bulge from all the pasta and bread.

We chalked it up to stodgy food and said good luck to the lads and went on home.

I mean, we all looked a little like Jack did, pasta and bread is tough going. Next morning at around 5.30am, Jack is crying and we go in and find him pointing at his puke all over his mattress.

Sunday had started with a vomit-filled cot but hang on, because it ends with pints. Jack himself had come out of the puke incident unscathed, just a little bit of acidic vomit in his hair.

We were a little worried, and stressed, as we were meeting a whole load of friends in Dundrum on Sunday afternoon and one pair were bringing a three-month-old baby, the gorgeous, Páidí Purcell from Cashel.

Philip Maher was also bringing his son, three-year-old Noah, so we were a little wary. We were afraid Jack might have a bug - he also has a chesty cough at the moment - so we didn’t want to be taking any risks with Páidí and Noah.

We also wondered was the vomit from all the pool water/pasta he consumed the day before?

We took Jack for a walk and he seemed to be in good form - he came back, ate some beans and toast and we made the decision that he was good to go for lunch with our friends at Deansgrove in Dundrum.

And we were so glad we went, Jack greeted Páidí with a hug, Páidí greeted Jack with a wild-eyed stare that you might have seen Paul O’Connell do on occasion during his rugby career.

We had lunch in the restaurant and some of us had a few pints and watched the Tipperary senior hurling match against Limerick.

For a weekend that started with four hours’ work and had a child vomiting in the middle, it didn’t end too bad with a few pints, good chat with some old friends and a nice bit of grub.

The Tipperary result did dampen the mood a little as we all headed off in different directions.

Now, we just have to pray that we don’t hear from Noah or Páidí’s parents over the next few days saying that the big fellas have a cough or a bug. Because if they have, it has nothing to do with us.