Investigation underway after ambulance 'leaves' M7 motorway with patient on board 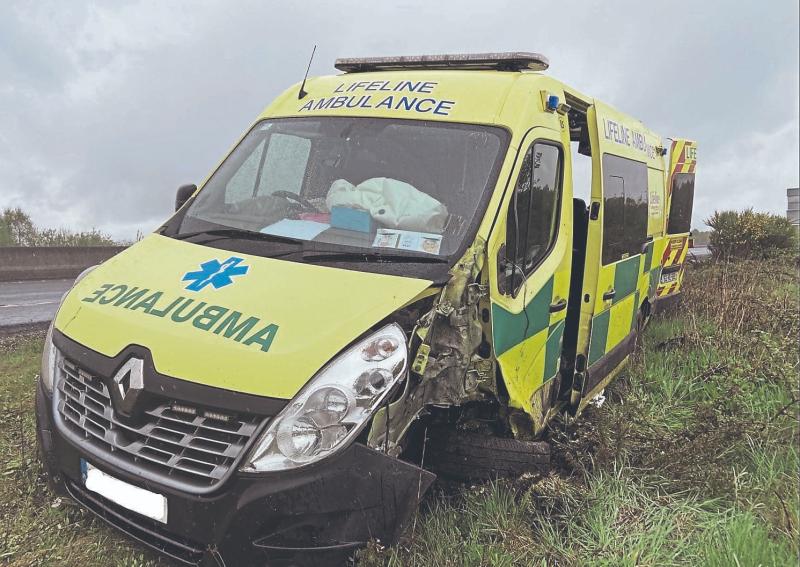 A private ambulance company has launched an investigation after one of its vehicles “left the road” while a patient was on board.

The road traffic collision caused a full closure of the M7 between Birdhill and Castletroy. The condition of the patient prior to the incident is unknown.

However, a garda spokesperson said there were “no injuries reported” following the collision.

A spokesperson for Lifeline Ambulance Service confirmed to Limerick Live that one of their fleet was involved in an incident on Friday at Birdhill.

A spokesperson for the company said an ambulance “left the road and we are currently investigating this”.

“I can confirm there were two crew and a patient on board at the time and thankfully no one was injured. The normal procedures and plan were followed where another ambulance was dispatched to the scene and the appropriate emergency services contacted.

“We would like to take this opportunity to thank the services for their very prompt response and assistance,” said the Lifeline spokesperson.

Gardaí and a number of appliances from Limerick Fire and Rescue Service and from Newport fire station attended the scene.

The reason the ambulance left the road is unknown. However, one school of thought is it may be connected to oft-highlighted accidents on that stretch of motorway following rain or hail.

In a social media post, West Cork Rapid Response wrote above a photo of the ambulance: “Thoughts with colleagues inLifeline. Hope everyone well following their accident.”