‘Mary has been a mother to so many of us, staff and students alike’

After 43 years, CBS Thurles says goodbye to Mrs Mary Melbourne as she retires 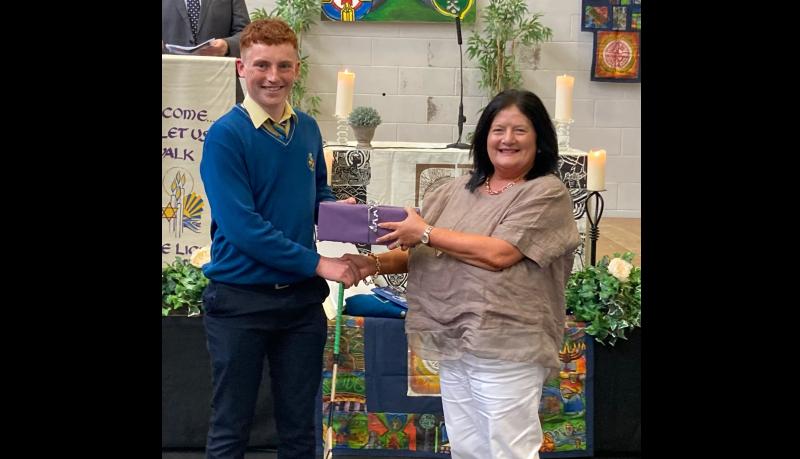 Summer 2022 marks the end of an era in Thurles CBS as, after 43 years of absolute dedication, Mrs Mary Melbourne has decided to take her well-deserved retirement.

However, it is with mixed emotions that we write these words.We are sad to be saying goodbye to our dear friend but happy that she is taking the opportunity to explore new hobbies, enjoy the old ones and spend time with her beloved family.

Known to many as Mary Tyrell, she has been the rock in our school for many, many years. Mary’s friendly, smiling face was what greeted you when you first entered the school.

She calmed the nerves, answered whatever questions needed to be answered and set you on the right track. She has that special something that made everyone feel at ease immediately. Nothing was ever too difficult for her, and nothing was left undone.

After a lifetime of service, Mary Melbourne is synonymous with Thurles CBS, and her name will go down in the annals of the school. Mary started her career in 1979 in what many locals refer to as “The New School”, having been employed by Br Dalton.

Each of these principals were fortunate to work with such a diligent, conscientious and dedicated person as Mary has been.
They would all have admitted that Mary made their working lives far easier by virtue of this dedication.

She has witnessed the many changes in education and administration and seamlessly transitioned through them all. As bureaucracy in education increased over the years, Mary’s workload also increased.

However, the door that was always open remained open for the confidential chat or advice, be it to a member of staff, a parent or a student.

This is the void that will be hardest to fill when Mary signs off in August.

Mary has been a mother to so many of us, staff and students alike, but her proudest moments must have been watching her own son Peter develop and flourish as a pupil of Thurles CBS.

There are many of us on the staff of Thurles CBS that are past pupils, and each of us have our own memories of times when

Mary came to our rescue, perhaps with the phone calls home, the comforting word if we were feeling sick or the words of consolation if we lost a match.

Closure of M8 Motorway near Cashel to affect residents and businesses

Before there ever there were year heads, Mary filled that role for us all.

Now, as she moves on to the next stage of her life, we wish her well and hope when she eventually ‘logs off’ that, she enjoys her well-deserved time with her husband Victor and her son Peter.