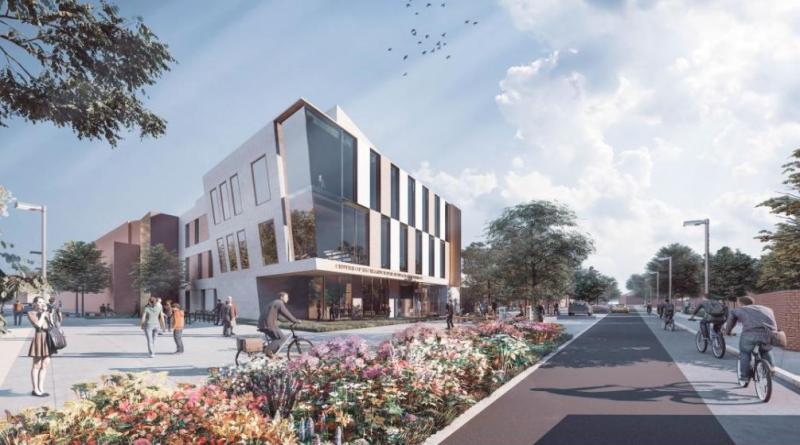 The planned Centre of Excellence for Sustainable Energy could require €3.175m in council funding

Councillors in the Nenagh Municipal District have voiced concerns over the possibility that Tipperary County Council may have to raise a loan of up to €7m to help pay for projects announced under a plan to regenerate the district.

Fears were expressed at the June meeting that the cost of repaying the loan could mean an increase in development levies, property tax, parking charges and commercial rates, concerns that were confirmed by district manager Marcus O’Connor.

“There will be very significant repayment costs. Rates, charges and development levies changes will have to be considered,” he said.

Councillors were further told that as much as €70m might be needed for all nine projects listed in the county. It was envisaged that any such loan would be paid back over a 20 to 25-year period.

Nenagh received funding under the Rural Regional Development Fund of €86,712 for its proposals for its historical quarter. The council would need to match that funding by €216,678.

It received €1,511,059 from the same fund to develop the former Rialto cinema site at Banba Square, which will require matching funding of €302,212.

The council received €9.6m towards the planned €12m Centre of Excellence for Sustainable Energy on Martyr’s Road, which could require €3.175m in council funding.

The council has also lodged proposals for funding for enhancement works at Ballina and Newport.

However, Mr O’Connor told councillors that a number of factors could push up the costs of the plans, including the fall out from the Covid-19 pandemic, Brexit and the war in Ukraine. Other factors would be cost inflation, contractual claims and site supervision costs.

He believed that the projects would benefit employment and tourism in Nenagh and district.

However, Cllr Michael O’Meara, while praising the vision of the projects questioned the raising of a loan.

He said that he would “hate” to have to go back to people who have third class roads and tell them they could not be done.

“We are always being told we can’t raise a loan for roads. I don’t think I could support taking on up to €100m if Tipperary County Council has to look at infrastructure in other rural areas,” he said. “If roads were up to standard I’d be more up for this, but I’d find it hard to sell.”

“We don’t want these projects to be a burden on the council,” he said. “We are the people who are going to have to make the hard financial decisions.”

He said the council would have “a lot of soul searching to do”. While they wanted the projects to happen, they had to consider all aspects of them.

Cllr Seamus Morris pointed out that there was a lot of work going on in Nenagh during Covid but “there was always going to be pay back. It’s a pity we weren’t told we might have to go back to the people.”

He urged that the local chamber of commerce be brought into the discussion.

He also wondered if a town poll could be carried out to see if people wanted the projects to go ahead.

Cllr Morris also wondered if money could be got from Europe for the projects.

“Maybe we need to look at the schemes to see if they are worth it,” he said.

Cllr Phyll Bugler was confident that money would come from Europe.

She said that a strong Nenagh was good for Ballina and Newport.

“I don’t want the people in Ballina, Newport or Rearcross going to Limerick. We have got to press on. Nenagh has to be on the same level as Ennis or Tralee,” said Cllr Bugler. “Every project is of vital importance to Nenagh.”

Cllr Ger Darcy said that repaying up to €7m could be “challenging”, and asked what income the projects would bring in themselves.

“I would hope we would not be taking out of our core budget for roads and housing. I will support this as best I can, but I will hold fire on it for the time being,” he said.

Mr O’Connor said that it was hoped the projects would pay for themselves on a day-to-day basis, but would not finance the repayment of loans.

“They may break even but there would be no surplus,” he said.

District administrator Rosemary Joyce told councillors that the figures would depend on timing and that not all schemes would be successful.

“There is no guarantee we will get the funding,” she said.

New MDC Cathaoirleach Cllr Hughie McGrath said that the projects were worthy projects and the next step was to discuss the issue with their full council colleagues.

He wasn’t sure if money could be had through Europe as individual counties cannot apply for funding. Any such application would have to come through the Southern Regional Assembly.