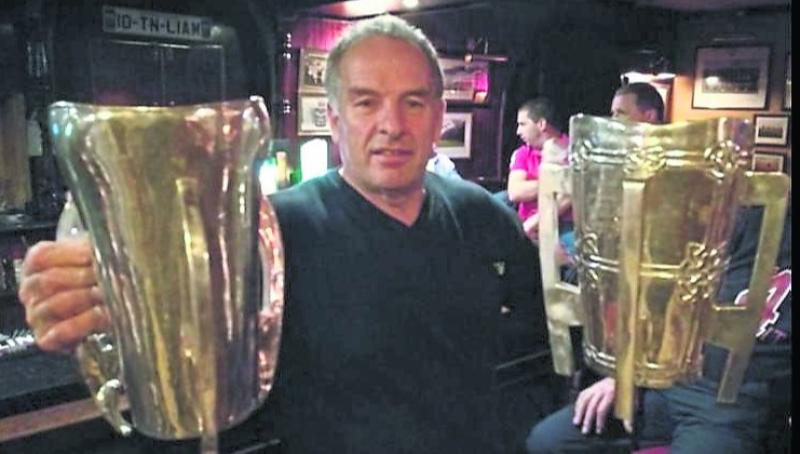 A motorist who was involved in a hit-and-run in which former Limerick footballer and prison officer Noel McGrath subsequently died and his wife, Doris, seriously injured has been jailed for six years, with the final 18 months suspended, by Nenagh Circuit Criminal Court.

The court heard that, at the time of the fatal accident, Mr Flynn had not been entitled to drive.

The court heard that Peter Flynn had been drinking with his nephew and a friend before the accident at Carrigatoher, Nenagh, on July 11, 2020.

After he left the scene he continued drinking in a pub in Broadford, county Clare, and only went to the gardaí later that evening after he discovered that Mr McGrath had died.

The court heard that Mr McGrath and his wife, from Tyone, Nenagh, had been driving an Audi TT convertible with the roof down when they were hit from behind.

The had been travelling to Killaloe to collect Mr McGrath's car, which was with a mechanic.

The vehicle went down a ditch and flipped. Mr McGrath was trapped in the vehicle and lost his life on his way to University Limerick Hospital. Doris McGrath, who was also taken to Limerick, suffered life-changing injuries.

The court heard Mrs McGrath suffered significant mobility issues, was on a number of strong medications for stress and anti-depressants, required physiotherapy one a week, suffered headaches and struggled to sleep to the point of being an insomniac. She is also receiving counselling on a weekly basis, and is now living with her daughter.

The car Mr Flynn had been driving had been identified through the aid of people who stopped at the scene.

The gardaí identified the car quickly and it was traced to Peter Flynn’s mother, who said that she had been unable to contact Peter Flynn.

Sgt Brian Duddy, Nenagh Garda station, told the court that Mr Flynn had been socialising the previous night and on July 10 collected his nephew Ben Flynn and a Thomas Fitzpatrick in Clare and came to Nenagh for  food.

They arrived in Nenagh at 10.06am and were observed on CCTV drinking three or four pints in a bar and having food. They left the premises at 12.40pm.

Sgt Duddy said that they got back into their car and Peter Flynn was driving with Ben Flynn in the front passenger seat and Mr Fitzpatrick in the rear.

Mr Fitzpatrick told the gardaí that Mr Flynn had been “driving fast enough” when they left the town.

Mr Flynn took the old Limerick to Nenagh road at the motorway junction and was “driving hard”.

“He passed a couple of cars. I asked him to slow down. He started driving on the hard shoulder and undertook a car on the inside,” Mr Fitzpatrick had said.

A recording of comments captured on Mr Fitzpatrick's phone were played in court.

When they came upon Mr McGrath’s car Peter Flynn had said: “This one’s going to be tight. Get in out of it, to f***.”

After Mr Flynn undertook the first car he came up on Mr McGrath and his wife and hit the convertible that was being driven by Mr McGrath.

“I looked behind. I didn’t see the car. I presumed the convertible went off the road,” said Mr Fitzpatrick.

He said that Peter Flynn debated whether or not to return but picked up speed and turned right up a by-road where he pulled in and examined the damage done to his own car, which, Mr Fitzpatrick, said was “only small”.

Another witness, Edel McLoughlin, said in a statement that she had been heading home going in the direction of Limerick when “all of a sudden a car undertook at speed on the hard shoulder”.

Ms McLoughlin said that she got an “awful fright” as she had not seen the vehicle approach due to the speed it was travelling.

Sgt Duddy told the court that after Peter Flynn took the back road, he drove to Killaloe to the property of William McInerney and concealed the car in his yard after he removed the number plates.

“Peter Flynn, Ben Flynn, Thomas Fitzpatrick and William McInerney then got a lift to Broadford, county Clare, arriving at 2.59pm. Peter Flynn then spent the day drinking and at around 8.30pm CCTV from the premises showed Peter Flynn pointing out photographs of the collision to the others,” said Sgt Duddy.

He said that Peter and Ben Flynn left the bar at 8.45pm and Ben Flynn asked a friend to take Peter Flynn home, but they went to a different house where Mr Flynn was collected by his sister and brought to Nenagh Garda station.

Sgt Duddy said that Peter Flynn initially said that Mr McGrath had braked and pulled in but that his reaction “was not as fast as the other man’s”, and he clipped him from behind.

“I regret not stopping. I got a fright and stayed going. I dropped my nephew off and went to my sister’s. I was so upset and nervous I went to the pub,” he said.

He said he thought the McGraths were ok.

“I know now I should have stopped. I automatically came to the Garda station when I knew someone was injured,” he said.

Mr Flynn said that in relation to the manner of his driving he had been “away in my own heading thinking” as he had just broken up with his partner.

In his second interview, Mr Flynn admitted he had been driving at 60mph, but at speeds of up to 70 to 80mph while passing out other vehicles.

In his third interview, he admitted parking the car in William McInerney’s yard and removing the plates, and in his sixth interview he admitted driving too fast and not being able to stop

A Garda collision report showed that neither the weather, the road, the condition of Mr McGrath’s car nor Mr McGrath’s driving had been a factor in the collision.

Sgt Duddy said that Mr Flynn had written a letter of apology to the McGrath family but it was not accepted. The letter was read to the court.

In it, Mr Flynn said: “I am truly sorry for the pain and suffering. I am sorry for taking the life of an innocent man. I know sorry won’t change the past. I will not forgive myself. I ask God for forgiveness every day. God made us human and humans make mistakes. I will be mentally punished for what I have done. I know I won’t be forgiven but I hope time will heal.”

Ben Flynn admitted to gardaí that he got a friend, Kieran McInerney, to drive to William McInerney’s yard so he could get the car and “get rid of it”, said Sgt Duddy.

He said that he had made the comment earlier that day that they should burn it and “get rid of the prints”.

Ben Flynn got into the car and followed Kieran McInerney, who had not been in their company but who had been in the bar in Broadford, to a forest area near Bodyke, county Clare, where they set the car alight by putting a plastic cattle feed bag into the fuel tank. They then tried to push it over a ledge but were unable to do so.

The car was found the following morning by a walker who contacted the gardaí.

Kieran McInerney initially made no admission of involvement but later said that he and Ben Flynn had driven to a forest to burn out the car. However, he couldn't recall who exactly had set it alight.

Colman Cody, SC, for Peter Flynn said that it was a “catalogue of bad decisions that day that has led us here. He didn’t set out to kill or cause injuries.”

Mr Cody said in mitigation that Mr Flynn had just broken up with his partner after a number of years and that had an effect on his mental ability to judge situations seriously.

Mr Flynn had retreated into himself, had a history of mental illness and had internalised all his difficulties, said Mr Cody.

Judge Cormac Quinn expressed the court’s condolences and sympathy to the McGrath family and said Mr Flynn had driven in a dangerous manner causing death and injury.

He said that it was “breathtaking to imagine anyone would drive in that manner”.

He jailed Mr Flynn for six years, but suspended the last 18 months on condition Mr Flynn enter the peace for 18 months on his own bond of €200, and that he engage with the mental health services.

Charges of failing to remain at the scene of an accident, endangerment, and dangerous driving were taken into account.

Ben Flynn and Kieran McInerney were both remanded on continuing bail to October 4, 2022, to see if they were suitable for the community reparation programme.