OBITUARY: Tipperary's Jim Perry was 'decent, honest and a gentleman'

In this week's Nationalist - out on Wednesday 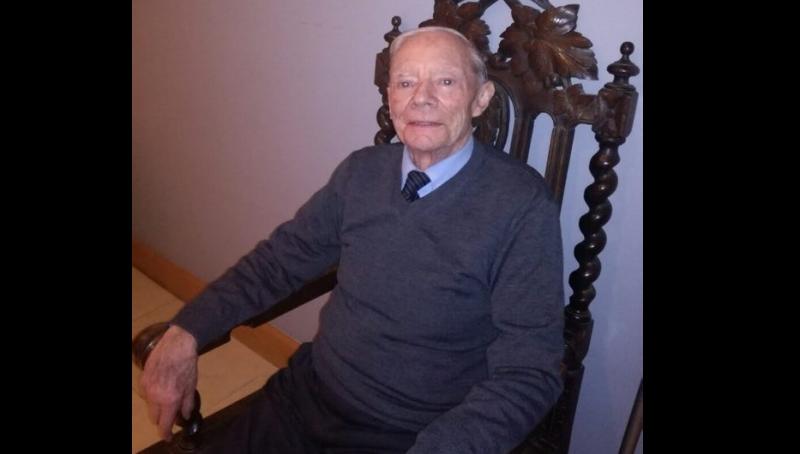 As we go through life we encounter different people. Some just pass through while with others the connection is deeper and greater.

When Jim Perry passed away on June 8 it was the end of a connection with a man who was a real gentleman; who was decent, honest and a great family friend.

One of the very first organisations outside of my parish that I became involved in was the Cashel & Emly Youth Service (now Youth Work Ireland Tipperary).

It was here that I met Majella Perry and the start of a friendship with the Perry family that exists to the present day.

A group of us that were leaders in different youth clubs formed a strong bond and ultimately the Perry household became a “second home” for us all.

It was back to Perry’s after every event and to the home and hospitality of Jim and Nuala. No matter what time of the day or night we “bounded” into Perry’s there was always the same wonderful welcome, with endless cups of tea and plenty of music and song.

The eldest of six, Jim and his siblings had to grow up fast as sadly they lost both their parents at a very young age. You can understand then that a very close bond was established with his siblings; Eddie, Eileen, Maria, Bridie and Rita, as Jim was their big brother and they all looked up to him and relied on him.

He spent the majority of his working life in Sologhead Creamery, starting in 1960 and working there for 29 years, taking in the milk from local farmers.

Jim met his wife Nuala in 1959 and they married in 1963. They had 58 wonderful married years together and always looked out for each other.

With Nuala as sacristan the church was a second home to Jim. Whether it was opening and closing the church, cutting the palm for Psalm Sunday, or ringing the angelus bell, which he did twice a day just like his grandfather before him (also named James Perry), the church and his faith held a special place for Jim.

He was a member of the Pioneer Total Abstinence Association for over 70 years and he wore his Pioneer Pin with pride.

Most of all Jim was a great family man and he took great pride in the successes in life of his children and grandchildren. He was caring and gentle and had a gentle nature that would put anyone at ease.

He took great joy in the arrival of each of his 17 grandchildren, whom he adored and in turn they adored him. Jim was a very strong-minded man and very determined.

Following an illness he was so happy to get home from hospital and be with Nuala and all the family in Ballyryan.

I had the great privilege of visiting Jim on his 90th birthday on September 10 last year and of being part of another celebration with tea, cake and the inevitable sing-song.

This is a memory that I will hold dear. Jim’s life and memory was very suitably celebrated at his Memorial Mass in St Nicholas Church on Saturday, June 11.

Family members brought items to the altar which included his cap, his Legion of Mary book, a miniature churn to represent his working life in Sologhead Creamery, a €5 note to represent all the fivers that he gave his grandchildren over the years and the Perry family photo book.

Mass was celebrated by Fr John Morris, PP, Sologhead/Oola. It was a fitting tribute to a good and honourable man. The following excerpt from the family tribute sums it up perfectly.

“As we say farewell to Dad today, we want to tell you what he meant to our family. He was a great husband to our Mum, he was a great father and father-in-law. He was a great brother. He was a man of great faith. Just a good guy. As many people have said to us, Jim Perry was decent, honest and a gentleman. As we all go through life, when we meet people like our Dad it’s very special and so they should be cherished and never forgotten. Thank you Dad for your immense contribution to this world. You will be forever in our hearts. Rest in Peace.”