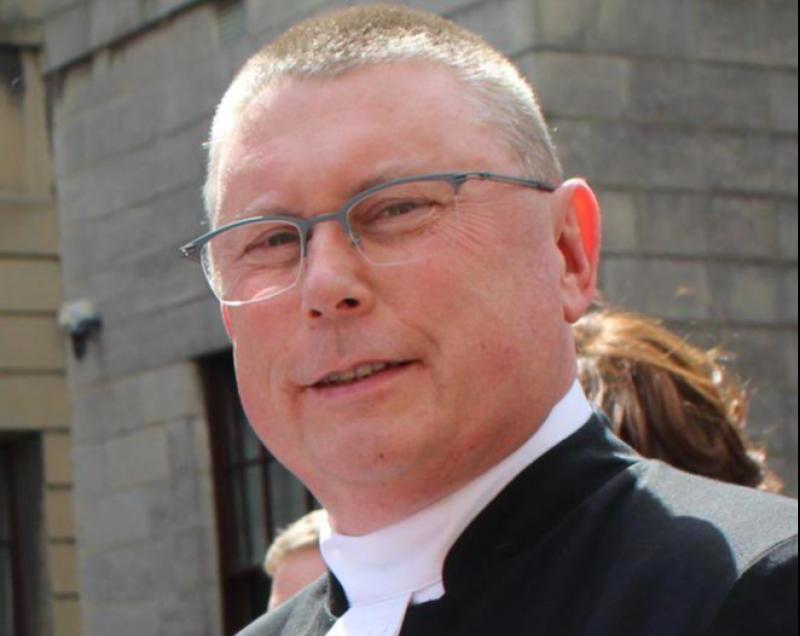 ''At the end of each day when the last case has been dealt with and I stand to leave the court, if I can say that I treated people with respect and courtesy, I decided cases impartially and to the best of my ability, I will have upheld my own standards and the standards that practitioners, gardai, the public and all participants are entitled to expect of me.''

These were the words of the newly appointed Judge Andrew Cody speaking this morning Monday July 18 on his first day presiding over Tullamore District Court.

Judge Cody was appointed following the promotion of Judge Catherine Staines to the circuit court.

Prior to taking up office he practised as a  solicitor in Newbridge for 32 years. He was also Chairman of the Complaints Committee of the Law Society.

Judge Cody was welcomed to Tullamore District Court on behalf of the court services office by Breda Costello who said she was looking forward to working with him in the future.

Sgt James O’Sullivan also welcomed him on behalf of the gardai and he too said he was looking forward to working with him.

Solicitor Donal Farrelly said he got to know Judge Cody as a colleague. He described him as a tough negotiator but extremely pragmatic. ''I wish you well,''  he said.

State Solicitor for Offaly Sandra Mahon said she echoed the sentiments and also wished him well.

Camilla McLoughlin, welcomed him on behalf of the press.

Responding Judge Cody thanked all those present for their ''kind comments''.

He paid tribute to his predecessor Judge Catherine Staines. ''I have big boots to fill,'' he said.

Judge Staines was  ''unfailingly courteous, efficient and professional and I wish her well in her well-deserved promotion to the circuit court. I hope to meet those same high standards over the coming years.'' he added.

Continuing, Judge Cody said  ''County Offaly and District Court Area 15 are no strangers to me as I spent six very happy years in secondary school in Offaly and have lived all my life either a few miles south of District 15 or a few miles north of it.

My first time in the district court was approximately 34 years ago when I attended Templemore District Court with my former Master Gus Cunningham. Echoing the circle of life the presiding judge that day was a Tullamore man Seamus Mahon and it is wonderful to see his granddaughter here today.

''I have known the practitioners here in Tullamore for many years and I know them to be professionals of the highest integrity. Breda Costello and her staff have made me very welcome since I was appointed two months ago and each one of my colleagues have spoken to me about the wonderful staff here in Tullamore and Portlaoise.

A special mention today must be reserved for the presenting Sergeant James O’Sullivan.

It is very reassuring to be welcomed by an old friend. As people often say, we go back a long way. We were both young  guns together in Newbridge back in the early 90s and Sergeant O’Sullivan is still the same today as he was then, fair, compassionate, hardworking, polite and above all good humoured.

In other functions that I have discharged prior to my appointment such as my involvement with the Law Society I have always regarded it as imperative that everyone who ever came before me were entitled to be treated with courtesy and respect. Today I commit to the very same standards in this court,'' he said.

''The District Court is a very unique legal arena with plaintiffs, defendants, court staff, solicitors, barristers, court presenters, members of the An Garda Siochana, prison staff, probation workers, social workers and the press all working together and upholding the rights and duties of every citizen under the Irish Constitution. Each of us have a role to play in the smooth running of the District Court and when I am well settled in later in the year I intend to sit down with all stakeholders to see if there are any efficiencies that can be made to improve the smooth running of the court.

I am really looking forward to working with all stakeholders in the days and years ahead.''

Judge Cody received a round of applause from all those in the court.