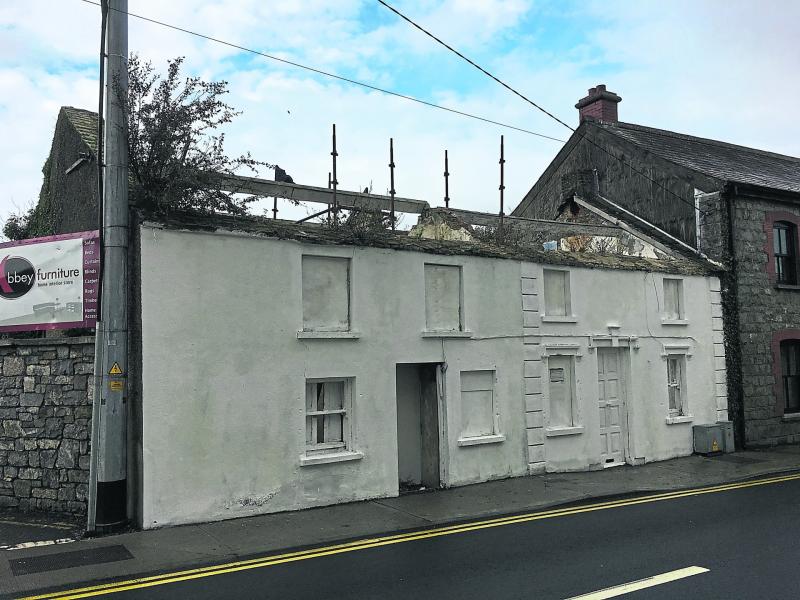 Government grants of €30,000 for people who want to renovate vacant buildings in rural Ireland is an “insult”, one Nenagh councillor has claimed.

Under a State scheme people can avail of the Vacant Property Refurbishment Grant grant outside city areas.

It can also be used to renovate properties that have not be used as residential properties before.

To get the grant you must live in the home as your principal private residence when the work is completed.

He described the €30,000 figure as “an insult”, pointing out that the money would all come back to Government anyway and they would get it back “in two years”.

However, Cllr Joe Hannigan disagreed that the grant was “an insult”.

Cllr Hannigan said he would encourage people to look at the scheme.

While he was aware that the current figure was “not a huge amount, Cllr Ger Darcy said people needed encouragement to renovate vacant properties.

Cllr Hughie McGrath, district Cathaoirleach, said that one stumbling block for people wishing to avail of the scheme was that they had to use a registered builder in order to draw down the grant.

He knew of someone involved in the trade who was qualified but could not draw down the money because he was not registered.

Cllr McGrath also highlighted the bank’s insistence on having a long-term lease ahead of approving a loan for work.

He suggested sending the issue to the council’s housing SPC for discussion.

However, Cllr Seamus Morris stated that an even bigger stumbling block was often finding out who owned the property.

He said he knew someone who want to “pump money” into these type of properties but couldn’t discover who the owners were.

Cllr Morris asked for a report on the issue from the council’s vacant housing officer.

“It is shocking to see the number of vacant properties in our towns and villages,” said Cllr Morris.

Cllr Darcy agreed, pointing out that many of the properties might have been passed down through the generations to the point where nobody now knew who owned them.

Council official Orla Kelly said that they council will work with its housing section in relation to derelict houses and agreed that the way to move forward was through the housing SPC.