COLUMN: 'The team had 22 subs, and number 37, Yuili Kitagawa, both his parents are Japanese'

A Boherlahan contingent celebrating in west Cork after a Clonakilty victory epitomises what GAA is all about: family! And we weren’t alone... 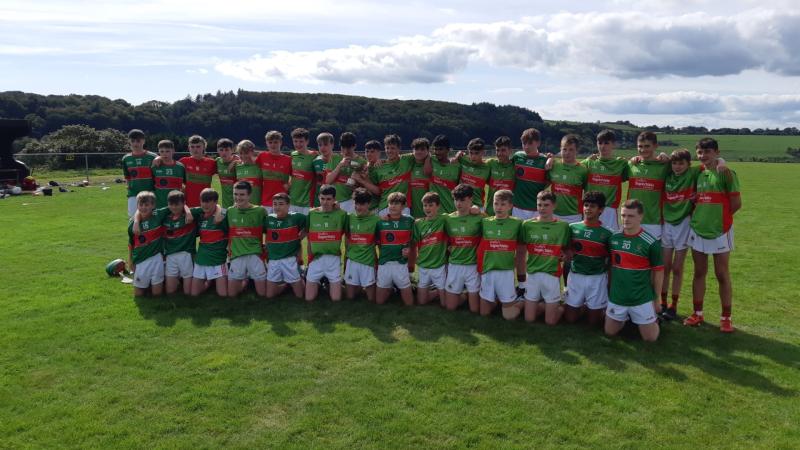 Clon, the massive underdog in spite of having beaten Courcey Rovers earlier in the competition by two points, felt like they could get the win again. It was just a feeling...

A Boherlahan contingent celebrating in west Cork after a Clonakilty victory epitomises what GAA is all about: family! And we weren’t alone...

An underage first for the club, and not since the 2013 Under 16 quadruple winning team, has Clonakilty underage hurling soared so high.

Joint captain Oisín Hassett, son of Boherlahan’s Leo Hassett (who resides with his family in the west Cork town) put in a man of the match performance with 2-7 (1-3 from play).

But there’s more to the story than that...

The Boherlahan party headed off early from Tipperary to the “new pitch” at Kilbrittain GAA Club for the 1pm throw-in.

My brother, Jason Hassett, drove us down in his Audi A5 Coupé, leaving little leg room for my sister Jackie Fogarty in the backseat, but she somehow managed to squeeze in. 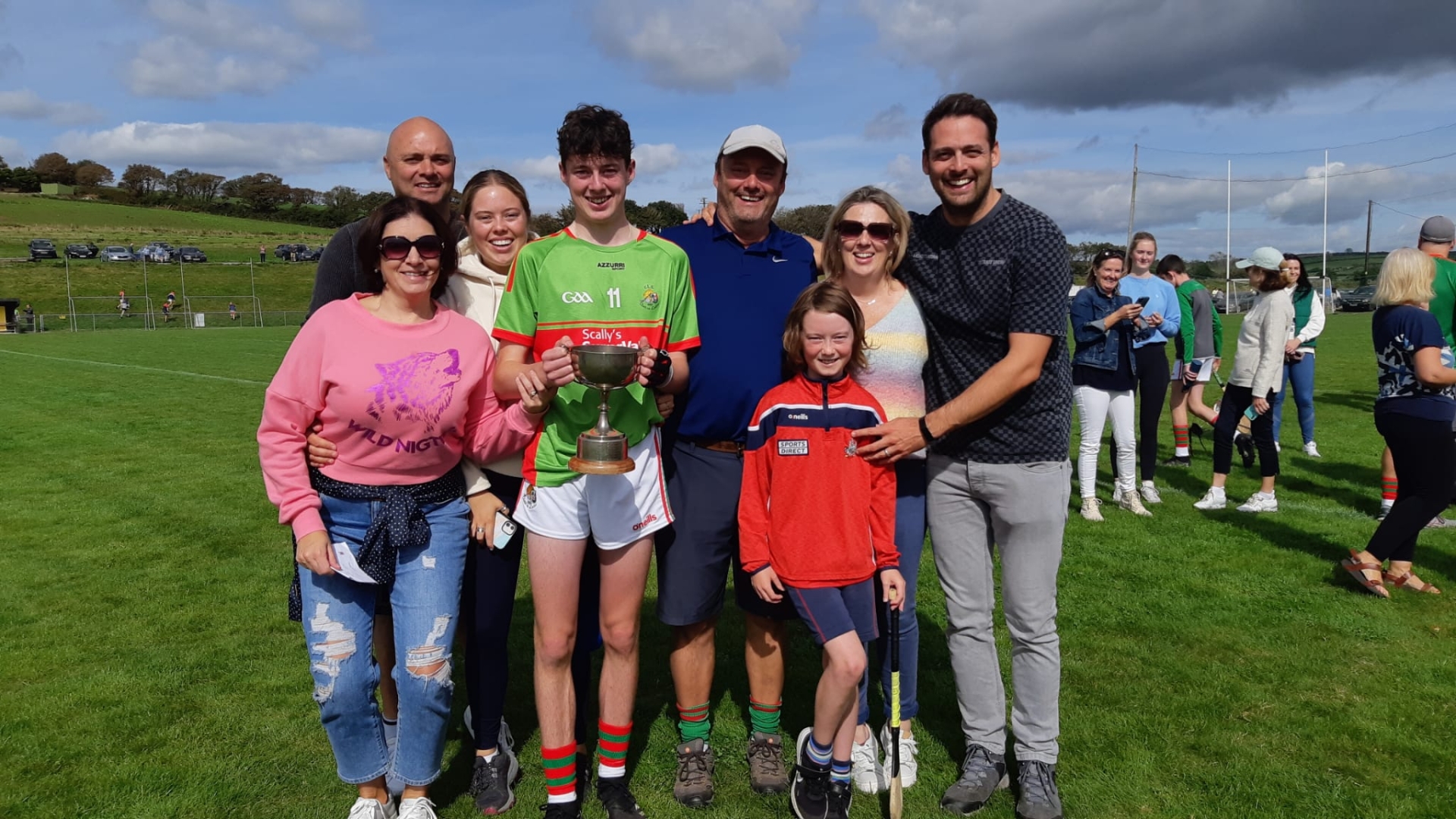 We travelled into the county of roadworks, otherwise known as Cork. In all the years we are travelling to Clon, there always seems to be roadworks of some sort going on at Innishannon and at the Dunkettle.

The car filled with chatter all the way down.

We stopped in Bandon for a coffee, more chat and a 99 cone knowing we were only 12 minutes from there to Kilbrittain. We arrived a half an hour early to see the warm-ups and it was obvious early on who was up for this contest. Clon were hopping off the ground.

Leo, one of the mentors, came over to us before the game, sensing the team’s attitude, and asked: “What do ye think?”

Just as he had the question asked, he gave us an answer.

Clon, the massive underdog in spite of having beaten Courcey Rovers earlier in the competition by two points, felt like they could get the win again.

It was just a feeling at that stage...but sometimes that’s all an underdog needs.

Courcey Rovers’ Dean Cosgrave is a Cork star of the future, no doubt about it, with his opening score of the game one worthy of Croke Park on All-Ireland Final day.

But from then on, it was all Clon as they blitzed the fancied hurling club with goals and scores from frees and open play being pinged over from all angles.

In truth, the game was over as a contest at half-time with Clon up 4-04 to 0-04. But Clon came out in the second half as though they were only one point up.

They drove it home and were convincing winners on a scoreline of 4-13 to 1-9.

The celebrations were mighty. For us, we went back to Cashel for celebratory pints in Feehans, for Leo and the family, it was The Brewery Bar in Clon and they haven’t been heard from since. 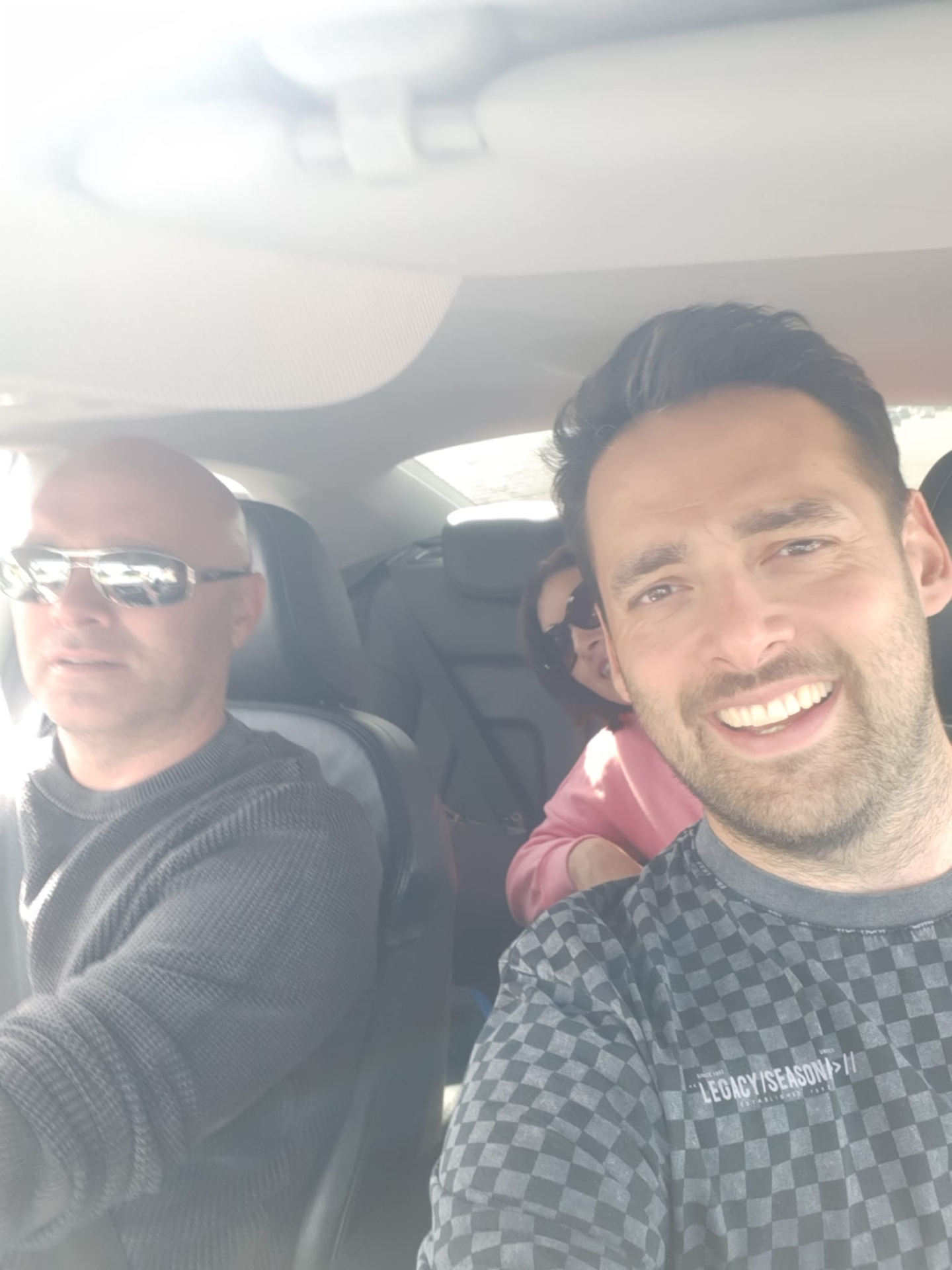 Roadtrip! Jason Hassett (far left), myself and Jackie Fogarty in the background (just about) on the way home from west Cork after the match.

There won’t be a tourist welcomed in Clon for a week.

The GAA truly has far-reaching branches.

With Kilfeacle RFC outgoing President, Mick Kenneally, Oisín’s grandfather, also there to cheer on the club and the team.

Leo’s wife Brenda (a Tipperary Town woman), Mick’s daughter, was also there along with Leo and Brenda’s daughter Ellie (who is studying general nursing in UCC) and young son, Oliver, named after his grandfather, Oliver Hassett of Boherlahan fame.

Emmet Nolan, son of Kilkenny man Martin Nolan (who is also living in Clon with his family and wife Maria from Dublin) put in a huge performance as well with a remarkable 2-1 from play. Matthew Harrington, the joint captain with Oisín, also played a leading role.

Seamus White, the other mentor, is from Cork and his wife Bronagh is from Donegal, their son Cillian White at wing-back, was the coolest operator on the pitch.

Clon had 22 subs, and number 37, Yuili Kitagawa, both his parents are Japanese and he started playing hurling two years ago.

John Kevin McCarthy headed up the management set up, a local man.

The GAA truly is a family affair.

We don’t just cheer for our own club colours, or home counties, we shout for family and friends, from all corners of the country.

It’s not just the nomadic movement from county to county, it’s country to country.

This is one of the great stories of the GAA, people from everywhere cheering for a place they’re not from but one they call home.

Or in our case, a place a branch of our family calls home. We were there for a day to cheer on loved ones, willing them to win as though it was our own club.

Enjoying victory as though it was our victory. And it was, we were from Clon, we bled for Clon, we roared for Clon, for that 60 minutes in Kilbrittain last Saturday in the autumn sunshine.

There’s something magical about that.