BIG READ: 'Cashel was alive with beautiful art, music and lots of entertainment...' 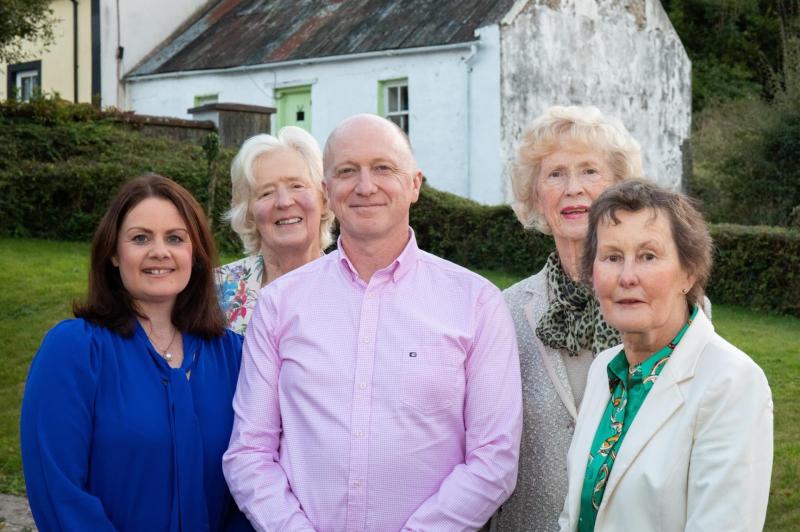 The voluntary festival team carefully curated a weekend of varied arts experiences for the festival, which have been highly praised as being diverse, inclusive and ‘having something for everyone’.

The sun has set on the 20th annual Cashel Arts Festival and we would like to thank everyone who made the festival possible.
Cashel was alive with beautiful art, music and lots of entertainment to celebrate this year’s theme of Stories or Scéalta.

Everyone has a story to tell and the events that took place throughout the festival brought a wonderful array of Scéalta to our streets.

Cashel saw an amazing display of events at the weekend and the opportunity to get out and experience the arts was one that had been highly anticipated by all!

The voluntary festival team carefully curated a weekend of varied arts experiences for the festival, which have been highly praised as being diverse, inclusive and “having something for everyone”.

The programme kicked off early in the week, when the visual arts programme was officially opened by art curator, Catherine Marshall.

It included a discussion and art workshop, Ceist na Talún, with artists Kate O’Shea and Deirdre O’Mahony, an exhibition with work by Robert Wyse Jackson and a short film series of work by Joe Lee.

Local artists played a large and important part of the programme also, with an art trail organised by committee member Eleanor O’Dwyer in collaboration with artists Philip Quinn and Elke Wilson.

With the research provided by Maura Barrett, lots of local schools and community groups came together to create aspects of the trail, which can be seen in some shop windows and community spaces until Monday, September 26.

Well done and thank you to all the groups who took part in this project.

John Murray, one of the founding members of Cashel Arts Festival, was there to officially open the festival and he spoke about how it has developed over its 20 years.

The Artisans of Cashel book was then launched, with Rebecca Lenehan and journalist Sue Leonard speaking about the process.

This fabulous evening was topped off with the premiere of a specially commissioned play, Me, Twice.

Cashel native, Eoin Gleeson wrote, co-directed and starred in this funny and poignant play and it was highly praised by all who attended.
On Friday evening, it was clear that it would be a spectacular weekend.

The sound of people drumming on the plaza and the art taking place on the cathedral grounds at the drop-in workshops helped to build the excitement, which culminated in the amazing community parade, with a White Wings display taking place afterwards on the plaza.

The evening was topped off with a heart-wrenching and thought provoking reading and talk by Lemn Sissay.

The centre of Cashel came alive early on Saturday and Sunday, with the community taking to the streets to attend the craft market and entertainment that took place on the plaza.

There were lots of things to choose from for all the family, from pottery painting workshops, to yoga, to storytelling and Indian dance. Saturday evening was full of entertainment with the Bolton Lecture by investigative journalist, Lara Marlowe, on the topic of the war in Ukraine.

This was followed by Scottish singer songwriter Kris Drever, who hosted a very intimate gig in St John’s Cathedral. On Sunday evening, we were treated to a suite of poems set to a fusion of jazz and Irish music, with Immramm in the very special setting of the Rock of Cashel.

We pay tribute to the artists, technicians and facilitators who shared their creativity with us. We thank all who have supported us and who have donated to the festival.

Thanks also to all the venues who facilitated events and to all our volunteers, who gave so freely of their time and resources.

A particular word of thanks to the voluntary committee who spent all year planning the festival and logistics.

An extra special word of thanks on this 20th anniversary year to the committee members who have been involved in the organisation of the festival for the last 20 years!

Preparations for next year, our 21st festival, have already started and we look forward to welcoming you to Cashel, City of the Kings, in 2023.

We look forward to seeing you all again next year for the 21st annual Cashel Arts Festival.