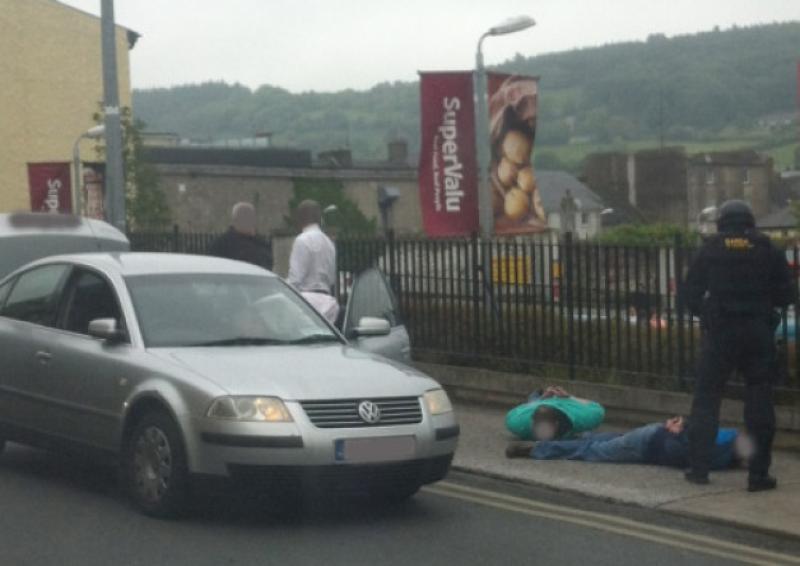 UPDATE: Eight people have been arrested following an early morning affray in the centre of Carrick on Suir.

UPDATE: Eight people have been arrested following an early morning affray in the centre of Carrick on Suir.

Eight people have been arrested following an early morning affray in the centre of Carrick on Suir.

According to gardai seven men and one woman, some of whom are local to the area, were arrested this morning (Friday) following the incident.

The arrests were made in Carrick on Suir and later in Clonmel.

A spokesperson for An Garda Siochana said they were happy that all the people invovled have now been arrested. An investigation is underway.

Witness to the event, in Sean Kelly Square at 9am this morning (Friday, May 31) are asked to contact gardai in Carrick on Suir or Clonmel.

It is believed armed gardai have seized a car in Clonmel in a follow up operation, on the Cashel Road.

Armed gardai were involved in a dramatic incident in Carrick on Suir this morning (Friday).

At least three men were arrested and eyewitnesses reported others being pursued, following an incident that occurred in the town centre just after 9am.

Bystanders reported several men were involved in an incident in the area of the Post Office on Sean Kelly Square. Plain clothes gardai supported by the armed Garda Emergency Response Unit made the arrests on Greystone Street, close to the SuperValu supermarket and other local businesses.

No roads were closed and many local gathered to watch as the men were detained.

Keep up to date with developments on www.nationalist.ie and read a full report in The Nationalist, next Wednesday.