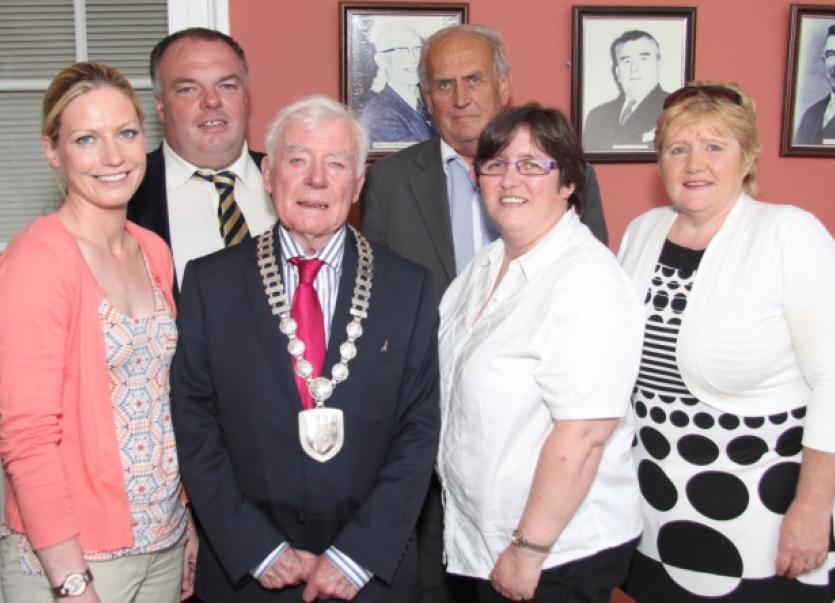 The Dundrum elected representative was appointed to the post in Kilkenny recently and has been on the authority since it was established in 1994.

Having already held the prestigious posts of chairman of South Tipperary County Council and the South Eastern Health Board, his election as chairman of the SERA completes an impressive treble for the popular public representative.

Based in Dundrum, Cllr. Crowe is married to Noirin and has two daughters Sinead and Niamh and a grand-daughter CaraIosa.

The SERA is made up of county councillors from South Tipperary, Carlow, Kilkenny, Wexford, Waterford county and Waterford city.

Its headquarters are based in Clonmel and the elected members meet in the administrative centres of each electoral area every month. Cllr.Crowe, who is the longest serving member of South Tipperary County Council, said it was a privilege to be elected chairman of the authority.

He was determined to work with the public representatives from all the other areas in tandem with the officials to generate new jobs and attract more tourists to the south east. Cllr.Crowe said the closure of Dawn Foods was a major setback for Fethard and South Tipperary and it was the responsibility of the members of the SERA to work with all the other bodies to try and find a replacement industry.

“Jobs is certainly the priority for the SERA. We have to try and create as much employment as we can.

More businesses have to be attracted to the area because the there is a ready and able workforce here,” said Cllr. Crowe.

He said he had a particular interest in the tourism industry and said the SERA had an important role to play in the promotion of tourism.

“Tourism is crucial to South Tipperary and to the South East and we need to bring more people to the area” he said.