Clonmel crib was a labour of love 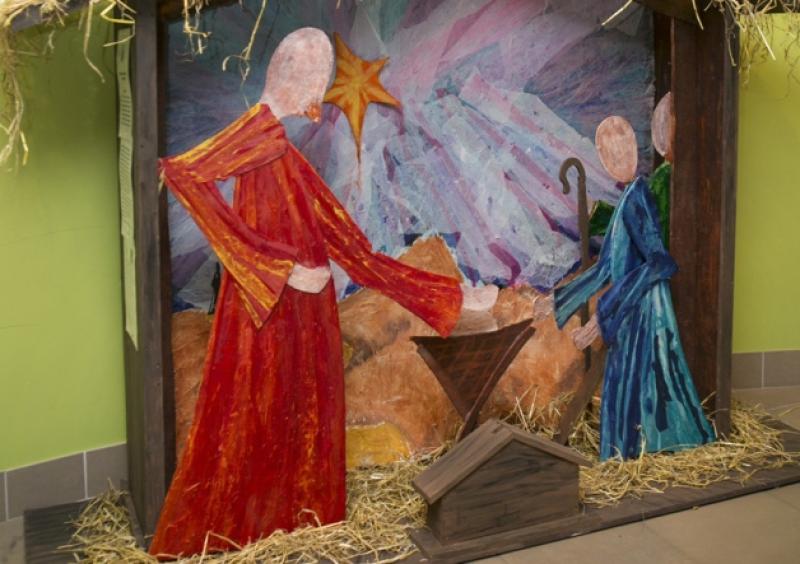 A crib that’s adorning a Clonmel shopping centre is raising funds for charity.

A crib that’s adorning a Clonmel shopping centre is raising funds for charity.

The crib at The Showgrounds shopping centre was the initiative of the Brothers of Charity and was built with the help of pupils from St. Oliver’s school and volunteers at the Elm Tree Community Centre in Elm Park.

A collection box at the side is accepting donations for the Third World charity Bothar.

“Everybody thinks it’s really nice and great work was put into it”, says Aoife Ryan, programme assistant with the Brothers of Charity.

“We hope to have enough money raised by next year to send a cow to a Third World country.

The crib was blessed by Fr. Michael Hegarty, parish priest of St. Oliver’s and we hope to display it every year”.

Bóthar is an Irish charity that enables families and communities worldwide to overcome hunger and poverty and to restore the environment in a sustainable way.

It specialises in helping poor farmers in Africa and Third World countries to become self-sufficient by giving them livestock. The charity began in 1989 and sent its first animals in 1991.

“Community liaison officer Dick McSharry and the other teachers at St. Oliver’s school were also tremendous”, says Aoife Ryan. “There was great co-operation between everyone involved”. The crib is located close to the top of the escalator at The Showgrounds and is well worth a visit.