Gleann an Locha is no longer a ghost estate 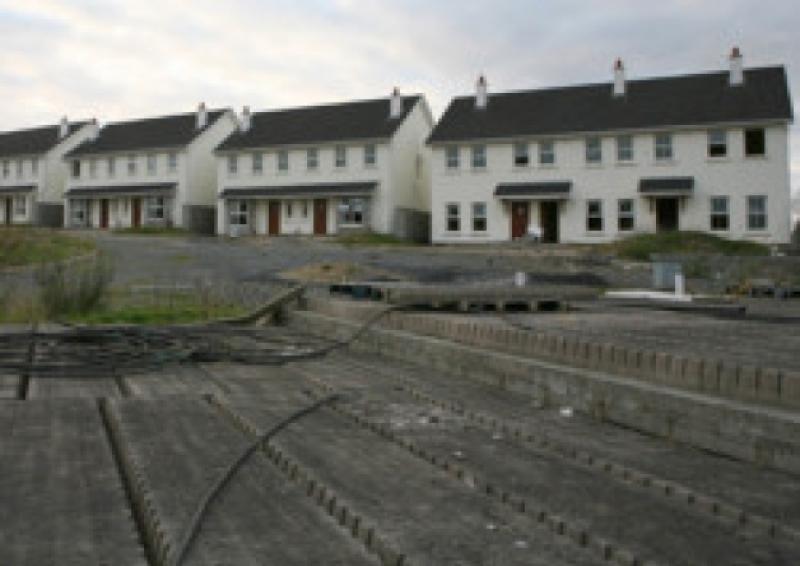 The clean up and restoration of a Carrick-on-Suir housing estate left in an unfinished and dangerous condition, is being hailed as a model for how similar ghost estates should be dealt with around the country.

The clean up and restoration of a Carrick-on-Suir housing estate left in an unfinished and dangerous condition, is being hailed as a model for how similar ghost estates should be dealt with around the country.

Carrick-on-Suir Town Manager Pat Slattery said works at the Gleann an Locha estate at Sir John’s, Carrick are near completion.

The last job, the provision of public lighting in front of the row of completed homes in the estate is due to be finished in the next few weeks.

The Town Council worked with the receiver appointed to the estate to agree a restoration plan and implement it.

That plan involved carrying out extensive works on a derelict building site at the back of the estate’s 13 occupied houses that had attracted illegal dumping and had several deep open man holes that posed a major safety risk.

Residents voiced concerns two years ago that a child would lose their life on the dangerous building site.

The restoration project included the demolition of a row of 15 vacant houses that were extensively vandalised, the clean up of abandoned house foundations and the laying of topsoil over the whole site to restore it as a field.

The work was partly funded by the proceeds of the Council’s purchase of four vacant houses in the completed and occupied section of the estate.

Mr Slattery said the project was a model for how other ghost estates around the country should be dealt with.

Ciara O’Neill of the Gleann and Locha Residents Association, has welcomed the works carried out to clear up the unfinished part of the estate as well as the laying of the last layer of tarmac on the road outside their homes.

She said the only outstanding problem to be fixed was the lack of public lighting in front of their homes but she knew that Airtricity had been working on this over the last few weeks.

“We are no longer looking out at a dump and a dangerous place for children at the back of our homes. They have the field blocked off and it’s done lovely.

“The work was carried out very quickly and there wasn’t any disturbance to us. It would be just lovely if they did the street lights,” said Ciara.

Cllr Margaret Croke, who has campaigned on behalf of the residents, said she was delighted the derelict section of the estate has been cleaned up and the other problems are nearly resolved.

“While no one wants houses to be demolished, these homes were gone beyond repair. It was the only option.”

“It was an absolute nightmare for those residents and the back of the estate was dangerous for children.

“It really took a push by everybody and it wouldn’t have happened without the Council buying those houses for their social housing stock.”