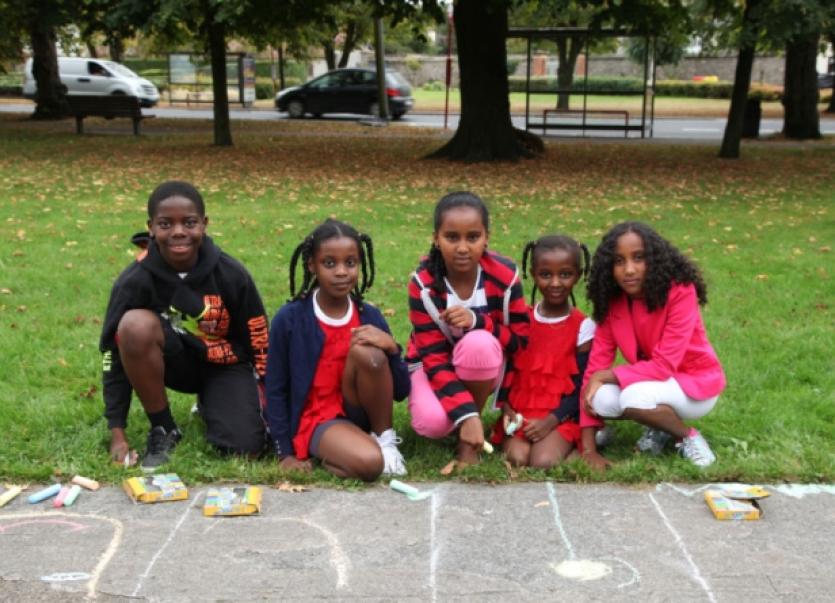 The first event was the “Art in the Park” contest at Town Park for children aged between 4 and 14. The park’s paths overflowed with colour as youngsters slathered their imaginations on to the tarmac with chalk.

The children seemed to extremely enjoy creating their masterpieces and many received prizes. The chalk art pictures were judged by local artist Alan Wells.

This event was followed by a special mass at the St. Nicholas Church on Saturday evening for all past and present members of Carrick-on-Suir Lions Club.

It commenced at Carrick-on-Suir Library and the route took cyclists up Cregg Road and into Faugheen where participants were treated to ice-cream and refreshments before returning to the library.

Many families took part in this healthy and entertaining activity and enjoyed the day.

John Butler, the main organiser of the weekend of events. was delighted with the turnout and support.

He thanked everyone who helped make it such a successful event.