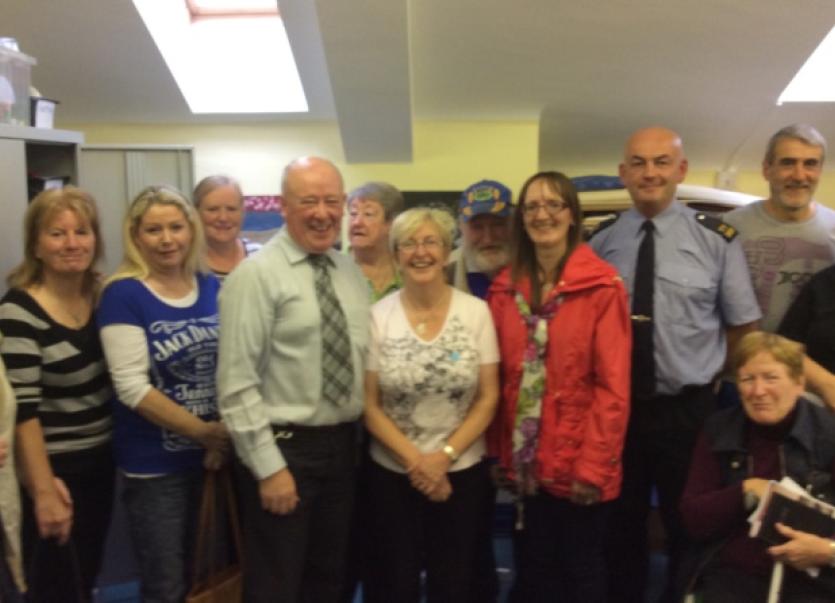 A meeting in Clonmel heard horror stories of robberies on the homes of elderly people and the trauma it caused to those people and those caring for them.

A meeting in Clonmel heard horror stories of robberies on the homes of elderly people and the trauma it caused to those people and those caring for them.

Whatever steps are needed to protect the homes of the elderly must be taken, the meeting was told.

The meeting was called by the Clonmel Carers Support Group and was addressed by Garda Sergeant Kieran O’Regan who outlined the steps that can be taken to help cut down on crime.

But those attending were horrified to hear carers describe how they had been victims of crime and the terrible effects the crime had on them and the elderly they were caring for.

Clonmel Carers manager Richie Molloy said the meeting was held to hear how home security could be improved.

And he paid tributeto Sergt O’Regan for attending and outlining some useful guidelines.

Mr Molloy, a member of the Clonmel/Cahir Municipal Council, encouraged people over 65 to avail of grants available from the Department of Social Protection for panic buttons which were useful in alerting someone if a crime was committed or suspicious activity taking place.

“Of course the panic button is also essential to contact the emergency services if the person suffers a fall”, he added.

Sergt O’Regan said a burglary can have a distressing impact on a victim’s life so every precaution must be taken to prevent it happening.

He urged people to consider installing a burglar alarm, to make sure that any overgrown hedges are cut back that may aid a burglar in not being seen by passers-by, and to contact the gardai if they are concerned.

“It is very important to contact your local garda station in the event of suspicious activity”, said Sergt. O’Regan.

“The gardai rely on the public’s help in combatting crime”.