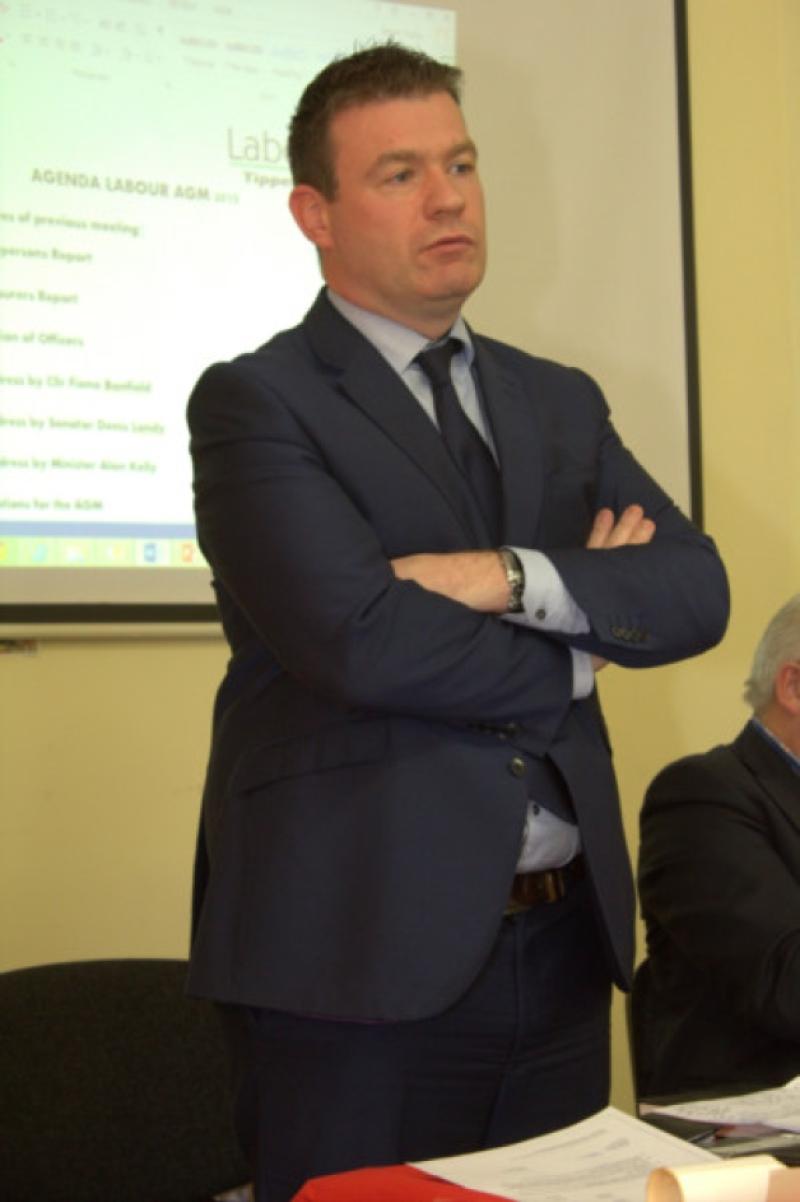 The Labour Party in County Tipperary held its annual AGM after a hugely successful workshop to restructure and reorganise the constituency branch in the county where the party was formed.

The Labour Party in County Tipperary held its annual AGM after a hugely successful workshop to restructure and reorganise the constituency branch in the county where the party was formed.

Fethard played host to what turned out to be highly energised meeting which gathered party members from all over the county.

The workshop prior to the AGM highlighted some of the key changes that the constituency branch had been pushing for and will now be working on into the future and was very well received by those in attendance.

Huge credit is due to the organisers and the support they received from the party head office, Alan Kelly’s office staff, Liam Hayes and the Fethard Community Hall organisers.

The AGM that followed was a major success.

Senator Denis Landy, spoke of the work done in turning around the economy from days where we worried if we could withdraw cash from the ATM the following morning to today where we are the fastest growing economy in Europe.

Minister Alan Kelly congratulated Councillor Fiona Bonfield on her election and subsequent work, Minister Kelly asked for the membership to remember all those that had passed away and gave a rousing speech on the branch and party’s dedication to core values and the need for focus and commitment with the togetherness the branch had shown.

Outgoing Chairman, Liam Hayes, who had decided not to stand for re-election, spoke to the members about the many years’ with the party and thanked everyone for their commitment and hard work and support.

Liam was unanimously elected to be the branch representative to the party central council during the voting.

The AGM saw the election of a new committee, marked by those with a commitment to change and hard work.

First elected on the day was Adrian Gleeson of Newport as Constituency Branch Chairman. Adrian spoke about his commitment to the branch and party, the need for stronger organisation and hard work and how he would bring all areas and branches of Tipperary together.

Below is a list of those elected to the executive committee and subcommittees of the Constituency: