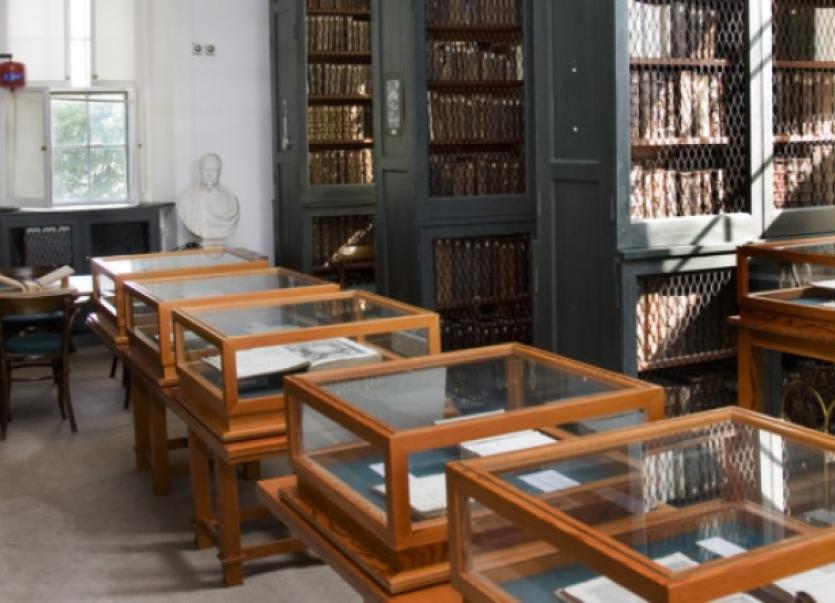 In continuing his efforts to secure the future of the Bolton Library in Cashel Councillor Tom Wood recently corresponded with the eight Oireachtas members for County Tipperary outlining the significance of the historic collection and the importance of securing its future and developing it to its maximum potential in Cashel and County Tipperary.

In continuing his efforts to secure the future of the Bolton Library in Cashel Councillor Tom Wood recently corresponded with the eight Oireachtas members for County Tipperary outlining the significance of the historic collection and the importance of securing its future and developing it to its maximum potential in Cashel and County Tipperary.

It was initially hoped that the Office of Public Works would take the Library in charge and link it directly to the Rock of Cashel but when that proposal failed to materialise plans were put in place to transfer the unique collection to the University of Limerick.

Recently Cllr Wood called on the Department of Arts, Heritage and the Gaeltacht to consider taking it in charge as they have a direct involvement in the National Library and also provide funding to the Chester Beatty Library, gifted to the State in 1950.

By the time of going to print six of Tipperarys Oireachtas members had responded to Cllr Wood. Alan Kelly, TD, Minister for the Environment, Community and Local Government said he had made representations to Minister Heather Humphreys on the request to have the Bolton Library retained and developed in Cashel and wrote, “if there is anything else I can help you with, please do not hesitate to contact me here at the office. I will endeavour to assist you as best I can.”

In a letter to Minister Humphreys, Senator Labhras O Murchu, Seanad Spokesperson on Arts, Heritage and the Gaeltacht wrote, “I am enclosing a letter which I have received from Cllr Tom Wood. The contents are self-explanatory. I share Toms concerns regarding the future of the Bolton Library which has been widely acknowledged as one of the finest of its kind to be found anywhere in the world. In many ways, this unique collection is complementary to historic Cashel, in the shadow of the ancient Rock. It would be unthinkable that the Bolton Library, which was nurtured and developed in the City of the Kings, would be sited anywhere other than its natural home. Perhaps you would meet with Councillor Wood and the Tipperary Oireachtas members to discuss this important and urgent matter?”

Deputy Michael Lowry, TD, assured Cllr Wood in his letter of his happiness to help in any way saying, “I am happy to petition the Government on this matter. Should you wish to convene a meeting with Oireachtas members on this issue I would be happy to attend.”

In his response Deputy Noel Coonan, TD, offered to discuss the matter with both Minister Humphreys and Minister of State, Deputy Simon Harris, saying, “I will make strong representations”. Deputy Mattie McGrath said “I am making enquiries into the issue and will be in contact with you as soon as I have information relating to same.” In his response, Senator Denis Landy wrote, “ I have made representations to Minister Heather Humphreys, TD, and furnished her with the details.”

As Tipperary County Council and the Cashel Tipperary Municipal District were already supportive of Cllr Woods call to have the Library remain in Cashel he now intends to raise the matter at the February Municipal District meeting where he will ask councillors to unite behind the Oireachtas members and secure a meeting with them and with the relevant Minister and Department.