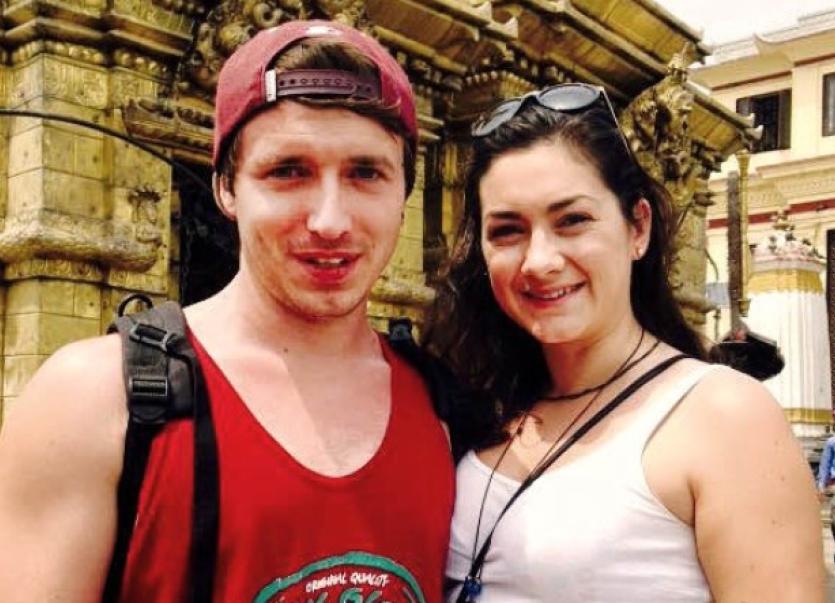 A twenty two year old Fethard man is waiting to be airlifted off the Himalayan mountains after surviving the earthquake that struck Nepal killing over 4,000 people.

A twenty two year old Fethard man is waiting to be airlifted off the Himalayan mountains after surviving the earthquake that struck Nepal killing over 4,000 people.

Arron Conran and his girlfriend Alex Murphy had a lucky escape when they decided to do the Annapurna trail in the Himalayas rather than Mount Everest, which was struck by a devastating avalanche, because it was too expensive.

Arron, a former Tipp minor hurler, is a real survivor. Over a year ago he was on a life support machine and in a coma in Sydney for weeks after contacting a rare virus and eleven years ago he was on a familiy holiday in Florida when Hurricane Charley struck.

His mother Tina Kenny was driving her car on Saturday morning when she heard news of the earthquake in Nepal.

“I got an unbelievable fright, immediately you begin to fear the worst” said Tina.

“We had an horrendous twenty four hours until Sunday morning when we were told that Arron was alive. His girlfriend had managed to contact her family in Dublin and they rang us. The relief was incredible”, said Tina.

She spoke to Arron for the first time since the disaster at teatime on Monday. He was in good spirits and informed her that he was in a group waiting to be airlifted off the mountain which could take days.

“They were advised not to attempt to walk back down the mountain because of the damage to the paths and roads. They have to sleep outdoors because of the danger of their hostel collapsing but at least they are both alive, they are very lucky” said Tina.