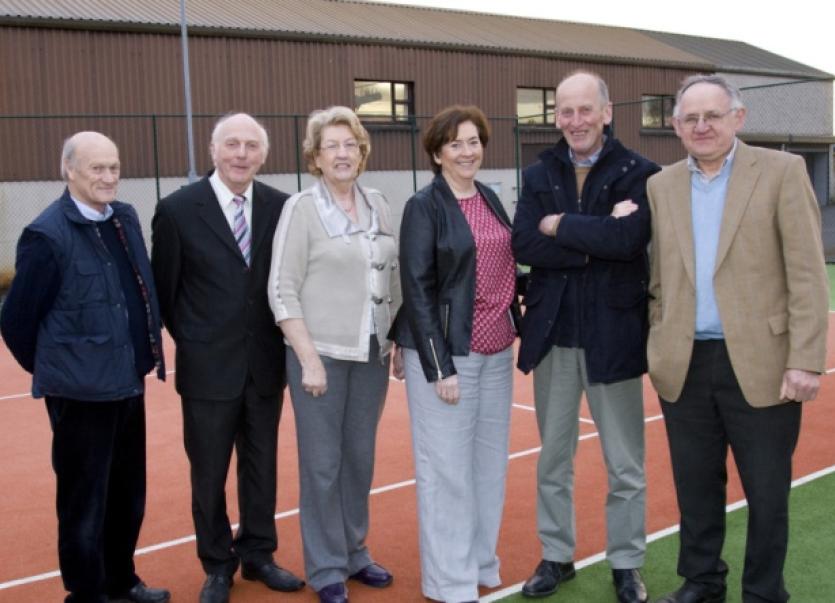 Communities throughout South Tipperary ready to proceed with ambitious projects that would greatly enhance the fabric of society in their area are set to lose out as a result of a massive reduction in LEADER funding.

Communities throughout South Tipperary ready to proceed with ambitious projects that would greatly enhance the fabric of society in their area are set to lose out as a result of a massive reduction in LEADER funding.

The 2014-2020 LEADER funding of €10.1m(To be split between north and south Tipperary) falls way short of the funding expected, leaving communities high and dry with ready to go projects that will now be stalled or might never go ahead.

Tipperary received €23m in the previous seven year tranche of funding and this massive shortfall will leave communities with worthwhile projects scrambling for funding.

“It is a massive reduction, only Cork had a bigger reduction than Tipperary and it is going to have a devastating impact on local communities throughout Tipperary” said Niall Morrissey,CEO of the South Tipperary Development Company.

One of the ready to go community projects that is in the long queue for a hugely depleted LEADER funding pie is the proposed renovation and extension of the community hall in New Inn.

A dedicated group of volunteers have ensured that the hall and adjoining tennis courts are thriving entities within the community but funds are badly needed to realise ambitious plans for the hall.

The hall has been part of the New Inn community since 1956 and today it is a hive of activity for local groups, including the tennis club, drama group, youth club, dancing classes and women’s groups.

Land has been purchased by the go-ahead committee so that the roof on the hall can be extended and new toilets/shower area provided.

“The hall is extensively used and it plays a hugely important role in the new Inn community”, says Breda Ryan, Secretary of the community hall committee.

The committee are looking for €150,000 funding to enable them to provide new toilets as well as disabled toilets, showers and meeting rooms.

Breda explained that the tennis club, which some years ago put down two new savannah courts, is unable to enter Munster competitions because of the absence of toilet and shower facilities.

“We have the best possible surface, as good as you will get, but the club is being held back because they need to have toilet/shower facilities,” said Breda.

She said with so many groups attending activities there were a good number of wheelchair users and disabled visiting the hall every week.

“While we have wheelchair access to the hall itself, we don’t have toilets for the disabled which in this day and age is just not on”, said Breda.

“We have done all of the preparatory work, including the purchasing of the land needed but everything is now being held up and to hear that the LEADER funding for the county has been cut by over half is terribly disappointing” said Breda.

In Carrick-on-Suir an important tourism\recreational project is ‘shovel ready’ but again how long Phase Two of the town’s marina will take to materialise relies on the availability of LEADER funding.

The marina in the town received LEADER funding ten years ago and now the dedicated group of volunteers who have worked tirelessly to develop the facility are ready to go again.

They need funding to proceed with a River Suir Visitor Centre and maritime museum and a toilets\shower facility.

They want to use a building on the quay donated to them by the County Council to develop the visitor centre which those behind the project believe would complement the development of the Greenway, the walk way and cycling path to be developed later this year between Carrick-on-Suir and Clonmel.

“This is the next step for the marina and the visitor centre would be an ideal attraction in the south east that would neatly tie into the Greenway amenity that is going to open up activity on the River Suir to so many people”, said Jim Power, one of the volunteers behind the marina development in the town.

He said that all the plans had been drawn up, all the plans required from architects and engineers had been complete, planning permission granted and they were now ‘shovel ready’

He said he was desperately disappointed to hear of the massive cutbacks involved in LEADER funding and said projects like the marina and others throughout South Tipperary would all be looking for a cut from a much reduced allocation.

“If we don’t get this funding soon the whole project will just be put on ice. We cannot proceed without LEADER funding and the opportunity to develop the marina facility in conjunction now with the Greenway amenity will be lost”, Mr Power stated.

He said that the County Council generously donated the derelict building to the marina project and the volunteers involved with the marina were anxious to proceed with the development and make use of the building for the good of the town.

“We want to bring more visitors to the town. The River Suir is a wonderful amenity and it would make great sense to develop this marina project in tandem with the Greenway”, he added.