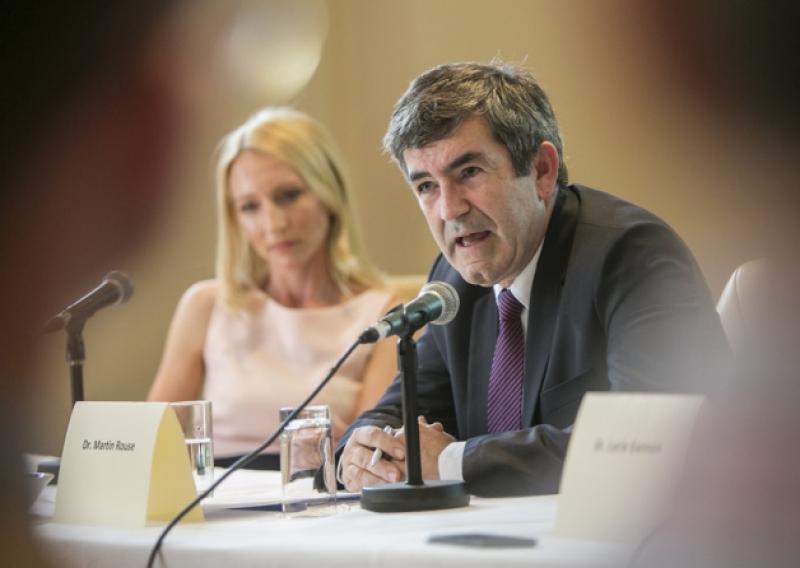 South Tipperary doctors who have refused to sign up to a contract for free care for under 6s said they were not abandoning children in that age group and will try to get the HSE to cover the cost of GP visits.

South Tipperary doctors who have refused to sign up to a contract for free care for under 6s said they were not abandoning children in that age group and will try to get the HSE to cover the cost of GP visits.

“All GPs will continue to welcome under 6 patients to their surgeries. Where contracts are not in place, either due to a parent or doctor not registering, we will not be unreasonable and will do everything to facilitate the HSE covering the costs incurred”, said Dr Martin Rouse at a South Tipperary GP press conference held last Wednesday, on the day the scheme came into force.

He accused Minister Varadkar of pushing through a poorly planned, under resourced and politically motivated contract of care, the effect of which will be to weaken general practice and the service provided to patients by GPs.

“Ultimately the Minister for Health has failed the patients of South Tipperary. We want to provide free care for our under 6 patients but the Minister has repeatedly refused our requests to meet with him,” said Dr. Rouse.

The conference was hosted by The National Association of General Practitioners (NAGP) who claimed that the “vast, vast majority” of GPs around the country who have signed up to the contract did so “under duress”.

A Clare based NAGP member, Dr Yvonne Williams, said she admired the integrity of the South Tipperary doctors shown in the face of intimidation for months and said they were “standing up for their patients”.

“General practitioners around the country are very much on their side,” she said.

Dr. Rouse said same-day access to the family doctor will become “the exception rather than the norm” and waiting lists for GP services will become a reality for all patients. “There will be an inevitable knock-on effect resulting in shorter consultation times and fragmentation of care. Expect increased use of A&E departments, paediatric units and private clinics”, he warned.

Jonathan Irwin, CEO of the Jack & Jill Children’s Foundation, said he supported the stance taken by the South Tipp doctors.

“We must have a medical support system that starts with the most needy, most vulnerable, instead of taking this first step into universal care that we can ill afford starting with healthy under 6s”,